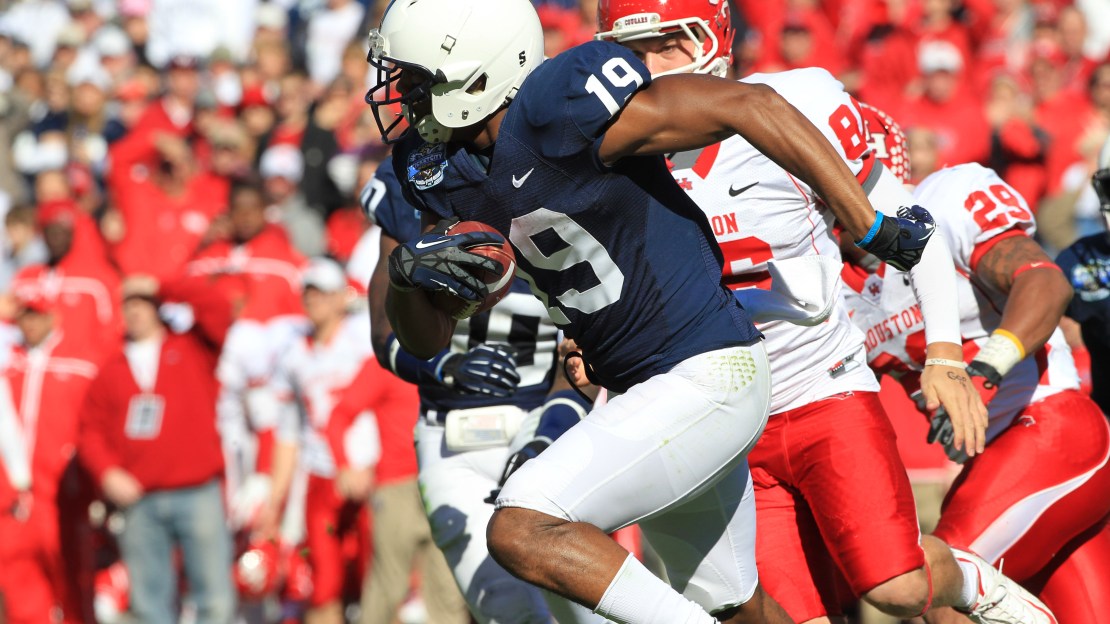 (AP) Justin Brown is the second Penn State offensive starter to leave the team in the aftermath of NCAA sanctions. The senior wideout's name was dropped from the roster Sunday when he decided to transfer to Oklahoma. He would have been a key target in the revamped passing game under new coach and former Patriots offensive coordinator Bill O'Brien.

Nine players have now left the team the past week following the sanctions, which included a four-year bowl ban for the Jerry Sandusky child sex abuse scandal. One of those players, though – quarterback Rob Bolden – was given permission to look at other schools before penalties were announced.

Brown is the second key loss on offense, following the defection of star tailback Silas Redd to Southern California. Brown was the leading returning receiver with 35 catches.

Read all of our Penn State scandal coverage.