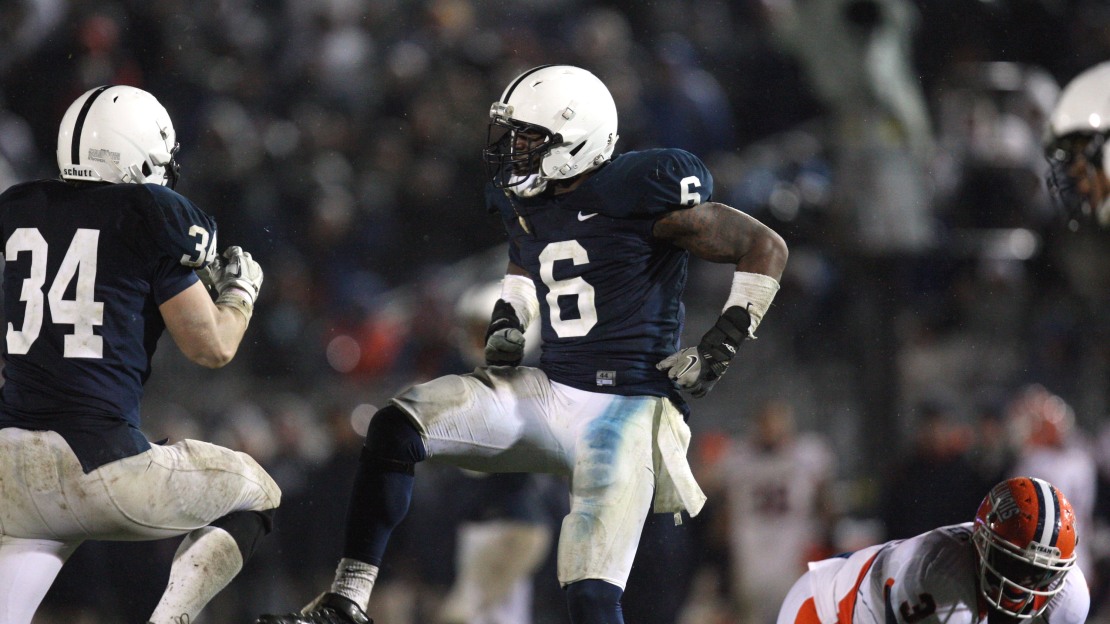 Penn State is entering a difficult era of NCAA probation and sanctions that figure to cripple the program for years. But first-year coach Bill O?Brien is moving forward undaunted and undeterred. The Nittany Lions can?t go to a bowl or win the Big Ten title, so O?Brien and Company must focus on regular-season success in the dawn of the post-Joe Paterno era that began in 1966. Penn State will have a chance to impact who wins the conference crown with games vs. the likes of Wisconsin, Iowa and Nebraska, as it aims to begin the healing process in pursuit of the best record possible.

With that, I present 10 reasons for Penn State fans to be excited about the coming season.

1. Bill O?Brien. He brings an attitude and mind-set that will impact the program and serve him well as he begins the arduous process of rebuilding this proud program. And O?Brien?s biggest asset may be his NFL background, working with the New England Patriots since 2007. O?Brien, 42, arrived in State College after coordinating the Patriots? dynamic offense in 2011. Recruits should be interested in being groomed by a coach who has helped develop the likes of Tom Brady.

3. Matt McGloin. Yes, the senior isn?t overly talented, but he is a veteran hand who has shown he can guide the team to victory. McGloin, who beat out Rob Bolden for the job and then saw Bolden transfer to LSU, started the final five regular-season games of 2011 and played in all 12 regular-season games. He hit 54.1 percent of his passes (125-of-231) for 1,571 yards with eight touchdowns and five interceptions. He boosted his career 200-yard passing game total to seven to rank No. 10 in Penn State annals. Penn State can win with the guy.

4. Michael Mauti. He?s the heart and soul of the program, a passionate leader whose school pride and spirit are unmatched and will go a long way in helping carry the team through tough times. Mauti also has been a model of persistence. His 2011 season ended in the fourth game due to a knee injury. In 2009 preseason drills, Mauti also injured a knee, resulting in him missing the season. But the senior linebacker never has given up-a message that should resonate with teammates and fans.

5. Gerald Hodges. He will have a spot besides Mauti on what could be a strong linebacking corps. A senior, Hodges contemplated turning pro but is back to help the Nittany Lion program take its first steps in a new era.

6. School pride. The fans, alums, players, coaches and community seem to be galvanized by the difficult circumstances that the program must deal with. Scholarship limitations, bowl bans, probation ? there are burdensome to Penn State as it begins to crawl out of the morass of the biggest scandal in college sports history. But the ?We Are! Penn State!? spirit permeates this proud institution that refuses to have its spirit smashed. And that attitude will be needed for years to come.

7. Justin Brown. With running back Silas Redd transferring to USC, this is an offense that will lack playmakers. Brown figures to be a major weapon from his wideout spot with Derek Moye gone-as long as Brown doesn?t bolt. The senior will be looking to build on a strong effort in the bowl game after last season, when he scored a touchdown on a 69-yard catch-and-run.

8. Tight ends. This now is a glamour position in State College, as Bill O?Brien pro-style attack will feature tight ends. And the biggest beneficiary figures to be massive junior Garry Gilliam. He has played in just five games in his career after tearing two knee ligaments in the 2010 season opener. The 6-6, 270-pound Gilliam will be a major weapon on third downs and in the red zone.

9. D-line. No doubt, tackle Devon Still will be missed. But this still has the makings of a strong group. End Pete Massaro is back from his second knee injury and primed for a big senior season. Fellow end Sean Stanley is back after starting in 2011. Inside, Jordan Hill will be a senior anchor alongside junior DeQuan Jones, who is taking over Still?s spot.

10. Improved bodies. One of the first things Bill O?Brien did after taking over was overhaul the weight training program. The Nittany Lions have moved away from training with machines and now focus on free-weight training with football-oriented lifts. And coaches and players say they already have seen a big difference. That improved strength and conditioning should help as the team works deep into the season and begins to deal with depth issues in future years.