Big Ten Mailbag: My Answers to Your Questions 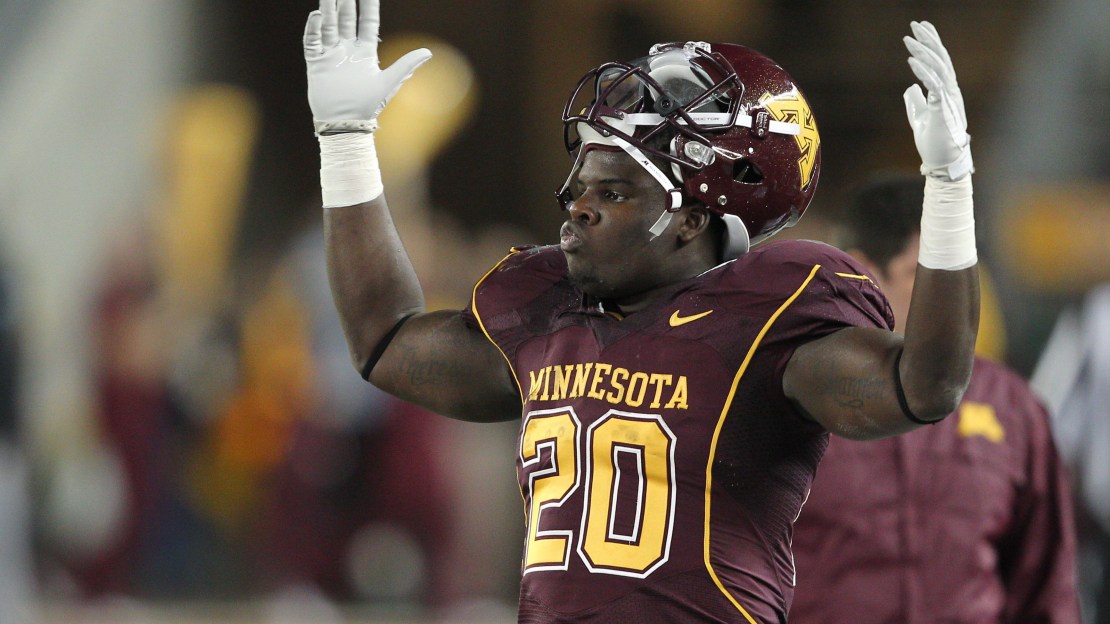 You have questions, and I have answers in this week?s football-heavy mailbag. I said the mailbag was football-heavy, but I did receive one great question about the chances of the Minnesota men's basketball team making a Final Four run this year. Got to love Big Ten hoop fans! Read my answers to all of your queries in this post. And remember, if you have a question, send it to me in the comment section at the bottom of this post.

I'll be on the upcoming Big Ten Football Preview Tour filing reports and answering your questions from our bus. Send those questions and comments to me now.

How serious of a threat do you consider the UCLA game for Nebraska? – Bob Bly

Playing on the road always has its potential pitfalls. But this doesn?t figure to be a vintage UCLA team, so I expect Nebraska to be favored when it visits Pasadena. The program is in transition under first-year coach Jim Mora Jr. The Bruins played some good defense under former coach Rick Neuheisel, but the offense never gained traction under the ex-Bruin quarterback. And I don?t think the offense will be flying high early this season. So, I expect the Huskers to win-but it may not be pretty.

The hype around the Buckeyes is pretty high. I am looking forward to the upcoming season. That being said, am I expecting too much, too soon with this team? In the spring, you could see a big difference in size and overall talent, especially along the offensive line. What are your thoughts on the team? – Cedric Taylor

I like Ohio State a lot. In fact, I think the Buckeyes could have the best record in the Big Ten this season. The schedule sets up nicely, as all four non-conference games are at home. A big key for Ohio State will be offense. Can quarterback Braxton Miller run the spread scheme? How long will running back Jordan Hall be out? Are there any playmakers at receiver? Will the revamped line be able to get a consistent push and pass block? If the offense can come through, the Buckeyes-who may have the top defense in the Big Ten–should shine.

A six-win season for Minnesota would be refreshing. I love Jerry Kill and the direction of the program. Now to the real question for the rest of this year: Can the hoop team get to the Final Four? – John Anderson

Let?s not blow past football season yet! The Gophers have a chance to improve this season under Kill, who I think will get the program on the right track if given time. Goal No. 1 is tightening the defense. If that happens, Minnesota could sneak into a bowl game. Kill has won at every one of his previous stops. So, I have no reason to think he won?t continue that trend with the Golden Gophers.

As for hoops, I like your enthusiasm. Minnesota should be good under Tubby Smith with the likes of Trevor Mbakwe, Julian Welch, Andre Hollins, Rodney Williams and Elliott Eliason, among others, back from a team that finished last season with a flourish.

Look at last year?s Pac 12 championship game. The game was not the best offering for what should be a meaningful game. UCLA did not really have a chance to win, but it won its division because USC was on probation. That being said, I think the Big Ten should follow Pat Fitzgerald?s idea and have a committee pick the second team to play the Legends Division champ in the Big Ten title game with two top Leaders Division teams (Ohio State and Penn State) ineligible for the crown. – Stephen

Like you, I thought Fitzgerald had a good idea. Yes, Wisconsin is the favorite in the Leaders and likely winner for a second season in a row. And the Badgers would be a good representative. But is winning a watered-down division fair to the teams that have to fight through a rough Legends Division? It makes for an interesting discussion.

Penn State had to forfeit its wins from 1998-2011. But that doesn?t mean the teams that it beat get credit for a win. It means the teams that lost to the Nittany Lions just erase the loss from their record books. So, Indiana now technically is 0-4 vs. Penn State.

Do you plan on saying anything positive about Penn State? Or are you just rehashing what the media thinks is true and being negative? The players and coaches don't deserve that. Thank you. – Mary Peiffer

I have said some positive things about Penn State. In fact, I have a piece on 10 reasons by Penn State fans should be excited about 2012 that recently was posted. But, honestly, how much has there been to be positive about? This is the WORST scandal in the HISTORY of college sports. Please, excuse the world if it takes a negative view on Penn State.

And, don?t direct your anger at the media about any negative Penn State stories. The media wouldn?t be writing/reporting stories that reflect poorly on Penn State if the school?s trusted and highly paid and highly educated leaders had simply done their job. Vent your anger at Spanier, Schultz, Curley and Paterno for not turning in Sandusky when they should have. Don?t vent on some writer at StateCollege.com. Thank you.

Sooooooooo, no one is allowed to cheer for the Nittany Lions? For how long? What is an acceptable amount of time to you? We, as Penn Staters, are not "missing the point". I read all the reports . . . Grand Jury, and the Freeh report (flawed as it is). I feel horrible about what happened to those poor boys. The punishment that "we" were given is what it is. If you don't feel it is sufficient . . . well, too bad. The team has the right to play and we have the right to support them. You don't have the right to tell us HOW. Sorry. – Cory Marshall

You make some good points. But MY point was some at Penn State seem to not know why they program is being punished. They act like Penn State is a victim. And there also seems to be a growing ?us against the world? mentality. That is so wrong. The idea should be to act contrite-not defiant-and to go about your business in a humble fashion. I never said Penn State shouldn?t support its team. I just didn?t like how some seemed to be turning the worst scandal in college sports history into a unifying and galvanizing force.