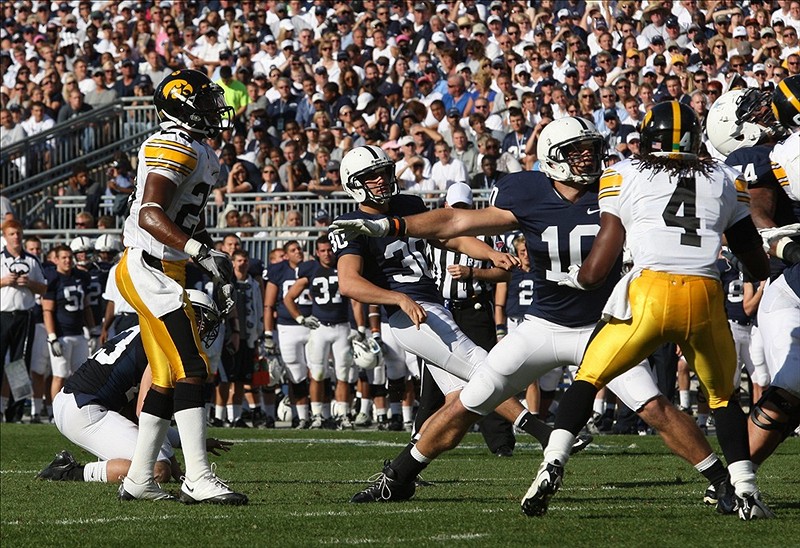 (AP) Penn State lost a special teams ace to Texas, while two more Nittany Lions have left Happy Valley without ever playing a game for first-year coach Bill O'Brien. Anthony Fera was the second starter to leave after the kicker-punter announced Thursday he would be booming kicks for Texas this year. The junior, who is from the Houston area, will have two years of eligibility left.

Fera said the last few weeks had been difficult. His mother was recently diagnosed with multiple sclerosis, which also factored into Fera's decision.

"Shortly before I arrived on campus, the most important person in my life was diagnosed with MS (multiple sclerosis), making it more and more difficult to travel each weekend from Texas to see me play," Fera said in a statement released by the Longhorns. "I've been afforded the opportunity to give back to my family and make their lives a little easier by transferring to a university much closer to home, The University of Texas."

Fera's powerful right leg made him one of the top specialists in the Big Ten after hitting 14 of 17 field-goal tries and averaging 42 yards a punt last season. He said he loved Penn State, teammates, the fans and coaches – both past and present.