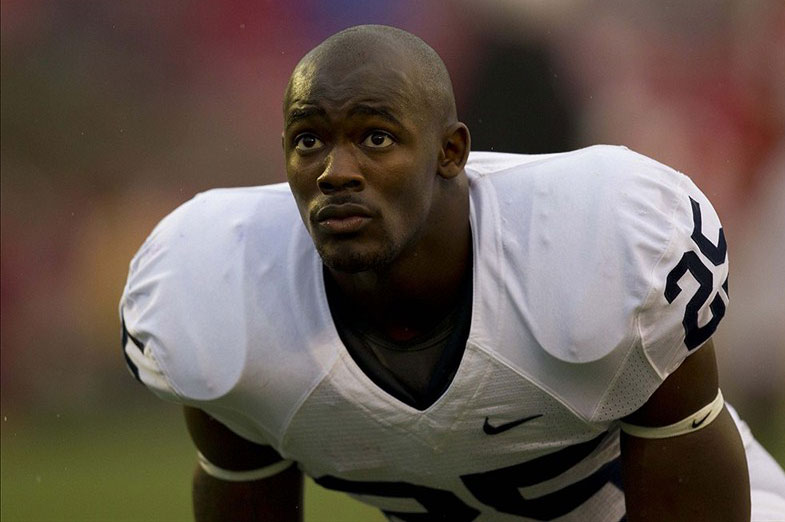 Star tailback Silas Redd is bolting Penn State for Southern California. The 1,200-yard rusher opted Tuesday to leave a Nittany Lions program facing stiff sanctions handed down by the NCAA in the wake of the Jerry Sandusky child sex abuse scandal. Among the penalties was a four-year postseason ban.

The NCAA gave Penn State players the option to transfer immediately and play for another school this year. Redd visited USC over the weekend and heard coach Lane Kiffin's pitch to be a key cog for a Trojans team expected to be highly ranked and contend for the Pac-12 title.

USC athletic director Pat Haden says "we welcome Silas Redd to the Trojan family. He is an outstanding student and athlete."

[Read Redd's statement to the media]

Earlier Tuesday, at least 2,500 people rallied outside the football building amid uncertainty over who will stay with Penn State's football program a week after the NCAA imposed stiff sanctions. Most of the team at the "Rise & Rally" appeared to be in attendance for the voluntary offseason workouts. Noticeably missing was Redd.

Since the NCAA sanctions were laid out, there was strong speculation that Redd would leave the Penn State program. The junior visited Southern California over the weekend and he now joins a USC Trojans team that was lacking depth at running back, the school's historically glamor position (see full USC roster here).

Best of luck to Silas but please only stay at USC for a year, I don't know if I can root for them for two

Nobody quit. Nobody ran. Don?t bash a young man for making what was prolly one of the hardest decisions of his life. Best of luck to Silas

In 2011, Redd averaged 95.5 rushing yards a game and scored seven times. In one stretch, Redd racked up five straight 100-yard rushing games as Penn State opened the season 5-0. As a high school running back, Redd played in the 2010 U.S. Army All-American Bowl as Rivals.com ranked him the nation's No. 4 prep running back and Scout.com ranked him No. 7.

Almost one year ago, BTN.com's Brent Yarina talked to Redd during the BTN Summer Football Tour. Redd talked about life a Penn State football player and said, "Everything about this school is great, and I?m glad to be a part of it." You can watch that short interview here.

Also, Redd sat down with BTN late last fall to talk about what was then a developing story surrounding the future of Joe Paterno and the Penn State football program. Watch the interview in the video below.

We've also pulled together some popular US Presswire photos of Redd in action at Penn State.