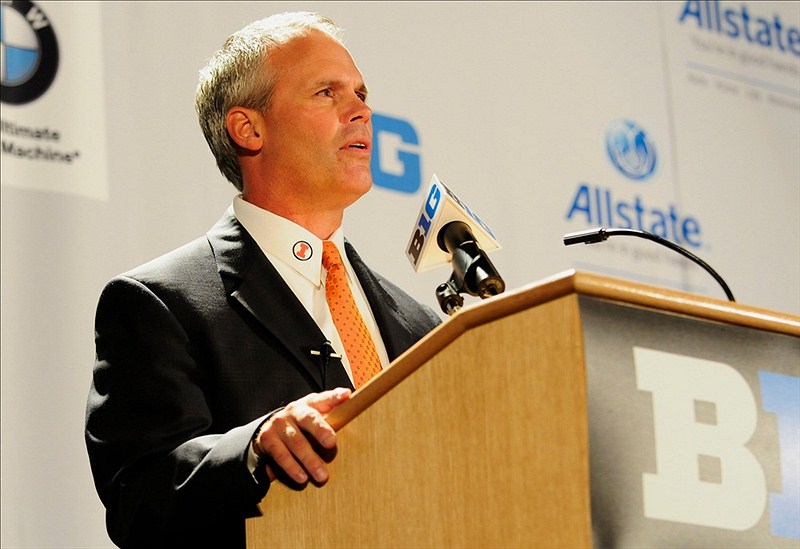 Isn't late July great? Football is in the air, with kickoff a little more than a month away, and all the teams – even the perennial cellar dwellers – are tied for first place. Coincidentally, when coaches descend upon media days, everyone's very excited. The Big Ten is no exception. According to The Wall Street Journal, Big Ten coaches uttered some form of the word "excited" 43 times during Thursday's question-and-answer session at Big Ten Media Days. See who used "excited" the most in this post.

[WSJ.com: I can't tell you how excited I am]

[BTN.com: Watch all of our Big Ten Media Day video]

Question: Why isn't Meyer outwardly excited about his fist season with the Buckeyes? Guess he prefers some other adjective. It's no surprise to see Hoke and Bielema near the top of the list, considering both guys lead teams that many expect to meet in Indianapolis for the Big Ten Football Championship Game.