Meyer: How Do You Catch the SEC? Win Bowls 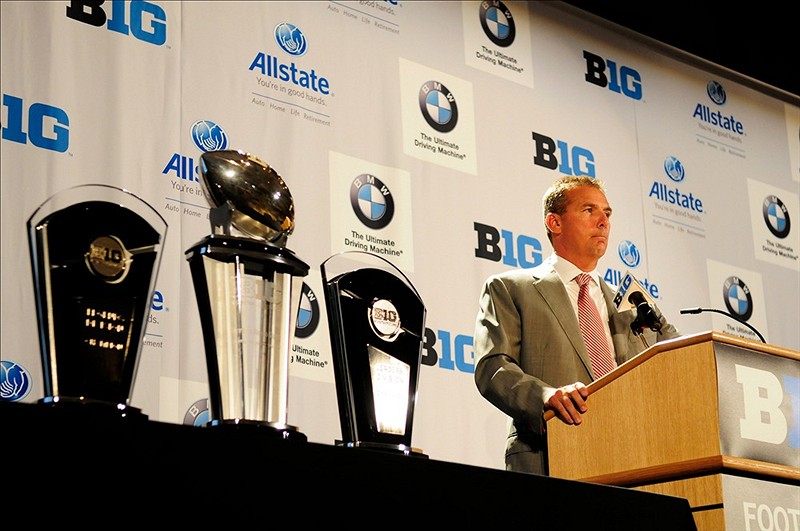 Like every other conference, the Big Ten is trying to catch the SEC. The Big Ten hasn?t won a national title since Ohio State claimed the crown in 2002. Before that, Michigan won a share of the 1997 championship. But since then, the Big Ten has come up empty with Ohio State losing the BCS title game in 2006 and 2007.

Meanwhile, the SEC has won the past six national championships. What can the Big Ten do to catch the SEC?

?They have to win bowl games,? Ohio State's Urban Meyer said simply after being asked how the Big Ten can catch the SEC. Meyers, of course, won two titles at Florida and beat Ohio State in the 2006 BCS title game.

?That's the bottom line in all of this is to win. How far we are from that? The coaches in this conference would know much better than I would. I'll know more obviously next year when you ask that same question, I'll have a much better understanding because I'll be in the stadiums and I'll know the teams much better.

?But I know one thing: I've watched enough film this summer, there's some very good teams in this conference. I anticipate winning is not that far off.?

Speed often is mentioned as an area that the SEC has a big edge, especially on the defensive front seven.

?I think that, and I also think just overall team speed right now,? said Meyer. ?We're addressing that. I notice it on special teams, in spring practice I noticed that, whether you're three or four, your next best player. So I just think overall athleticism right now we're a little bit behind. But we're recruiting with that motive, with that intention and I'm real proud to say it's going very well.

?But I think without question I'm not the only one that says that. The defensive front seven in that conference, in the SEC, is the difference-maker right now," Meyer said. "But it's a little bit deeper than that.?