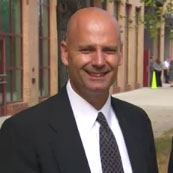 I spent most of Thursday listening to Big Ten coaches and officials address the upcoming season among other topics, then I filed these reports throughout the day. Here are a few extra notes from my notebook of Thursday's Big Ten Media Day.

Michigan State coach Mark Dantonio was asked: If the Big Ten gets two teams in BCS bowls again, should those teams be the division winners?

Dantonio is in favor of the division champs getting BCS bids. But, of course, he admitted he might think differently if Michigan State finished second in the Legends but still had a BCS bowl-worthy record.

Rival talk: According to the media, Michigan is the favorite to win the Big Ten. What does second-year Wolverine coach Brady Hoke think of that?

?Not much, to be honest with you,? said Hoke. ?I think we were picked fifth in our division a year ago.

?I think the 1997 team, I think pre-season was picked right inside the top 25 by a lot of people. And that ended up being a pretty good football team. We don't put too much stock in that. It's like anything in life, it's not where we start but where we finish.?

And now, here are a few of my Thursday tweets.

Hoke: Will make a decision down the road on if Fitzgerald Toussaint will play vs. Alabama. #B1GFootball

Pelini on recruiting Penn St. players: Not actively pursuing. But if one wanted to be considered, we would look at him. #B1GFootball