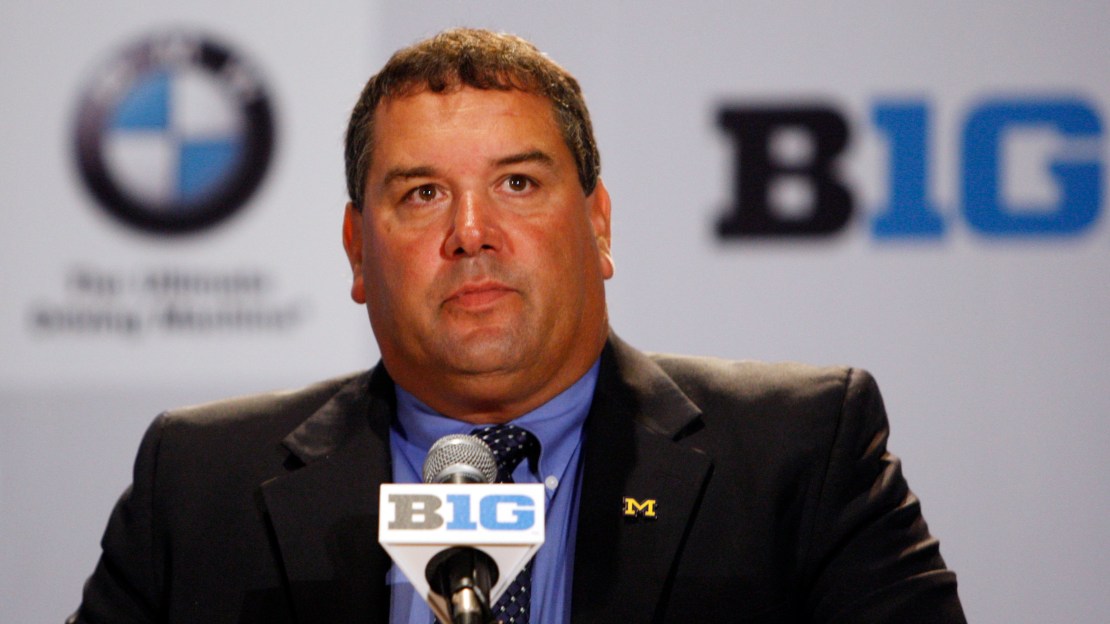 Big Ten media days kick off on Thursday in Chicago. Myriad queries will be asked by the Fourth Estate, but not all of them will be posed or answered. Me? I have a long list of questions-101, to be exact–as we sit on the precipice of the 2012 season. See all 101 of my questions in this post. Have any other ones you want me to ask a player or coach? Send it to me in the comment section at the bottom of this post or tweet it to @BTNTomDienhart.

1. Is Andrew Maxwell the answer at quarterback for Michigan State with Kirk Cousins gone?

2. Can Wisconsin win a third consecutive Big Ten crown? Only Michigan, Ohio State and Minnesota have turned the trick three times in a row.

3. Can Wisconsin?s Montee Ball pick up where he left off last season and rush for 2,000 yards (he had 1,923 last year) and win the Heisman? The last Big Ten running back to win the Heisman was the Badgers? Ron Dayne in 1999. Hmmm.

5. What will be Penn State?s mind-set and psyche coming off the ultimate offseason of tumult?

6. Caleb TerBush? Robert Marve? Rob Henry? Does Purdue have too many quarterbacks?

8. Who will be Illinois? go-to wideout with A.J. Jenkins-who led the Big Ten with 90 catches–gone?

9. Can Minnesota?s MarQueis Gray take the next step as a passer?

11. Will a running back emerge at Iowa?

12. Will a running back get hurt or transfer at Iowa?

13. Will anybody challenge the Badgers in the Leaders Division?

15. Can Nebraska?s Taylor Martinez become an improved and efficient passer?

16. Is Michigan State?s Le?Veon Bell the top running back in the Big Ten?

17. Is Nebraska?s Rex Burkhead the top running back in the Big Ten?

18. Who will catch passes for Ohio State?

19. Will a rebuilt Penn State secondary with four new starters be effective?

20. Can Northwestern?s defense go from bad to decent?

21. Will Ohio State stay motivated all season despite not being eligible to win the Big Ten or go to a bowl?

22. Will Brady Hoke slip up and say ?Ohio State? this season?

23. With new coordinator Seth Littrell, can Indiana pass better to give its offense more explosiveness?

25. How big of an impact will new offensive coordinator Greg Davis have on the Hawkeye offense?

26. Can the Buckeyes post the best record of any Big Ten team?

28. How will Michigan?s overhauled defensive line hold up?

29. Who will win the uber-competitive Legends Division?

30. Is Michigan State?s William Gholston the best defensive end in the nation?

32. Will there be a louder stadium in the nation all season than Penn State?s Beaver Stadium on September 1 for the season opener vs. Ohio?

33. Will Michigan State beat Michigan for a fifth season in succession?

34. Will Iowa beat Michigan for a fourth time in succession?

35. Who will be the star of the Nebraska defense with Jared Crick, Alfonzo Dennard and Lavonte David gone? Is it safety Daimion Stafford?

36. Can Indiana beat Penn State for the first time ? ever?

38. Will the Big Ten win a national title for the first time since Ohio State turned the trick in the 2002 season?

39. Will Nebraska?s offense take flight in the second year under coordinator Tim Beck?

43. Is Michigan State?s Johnny Adams the top cornerback in the conference?

44. Can Michigan State fill the hole left by the departure of massive tackle Jerel Worthy on the interior of the defensive line? He turned pro early and was a second-round pick of the Packers.

45. Does Nebraska have the most underrated receiving corps in the Big Ten?

47. Will Ohio State have the best defense in the Big Ten?

49. Led by linebacker Jacarri Alexander, will the JC transfers have a big impact on the Indiana defense?

50. Is there a better kicker/punter in America than Nebraska?s Brett Maher?

51. Can Michigan?s defense be as surprisingly good as it was in 2011 under coordinator Greg Mattison?

52. Will Wisconsin miss offensive coordinator Paul Chryst, who left to be head coach at Pitt?

53. Will Ohio State have the best secondary in the conference?

55. Will new Northwestern quarterback Kain Colter pass as well as he runs?

58. Are we entering a golden age of the Michigan-Ohio State rivalry with Brady Hoke running the Wolverines and Urban Meyer in charge at Ohio State?

59. Will tight end become a glamor position at Penn State now that Bill O?Brien is running the offense?

60. Who will catch passes for the Golden Gophers?
61. Can Nebraska find a good center?

62. Will the Buckeye linebacking corps emerge as a strength after some uneven play in 2011?

64. Is there a more intense player in the Big Ten than Ohio State defensive lineman John Simon?

65. Can Wisconsin?s Jared Abbrederis-the top returning pass catcher in the league–be the top wideout in the Big Ten?

66. Is there a more anticipated season opening game than Michigan?s clash with Alabama in Arlington, Texas?

67. Does any team play a tougher Big Ten schedule than Nebraska? In addition to Legends foes, the Huskers play Ohio State, Wisconsin and Penn State from the Leaders.

69. Will Michigan State have the best offensive line in the league?

70. Is there a better linebacking duo than Wisconsin?s Chris Borland and Mike Taylor?

71. Can Ohio State?s reworked offensive line get a consistent push?

73. Can Northwestern extend its school-record bowl streak to five? And win its first since the Rose Bowl after the 1948 season?

74. Will Urban Meyer have a huge initial impact at Ohio State?

75. How quickly will a reshaped Michigan offensive line develop chemistry?

76. Is Illinois? Terry Hawthorne the most versatile player in the league? He may double often as a receiver and cornerback.

77. Does any team have more momentum than Wisconsin? OK, maybe Michigan State.

78. Is Purdue?s defensive line the most underrated in the Big Ten? Keep an eye on tackle Kawann Short and end Ryan Russell.

79. How much will Penn State miss big tackle Devon Still on the inside of the defensive line?

81. Can Nebraska?s defense regain its Blackshirt form under new coordinator John Papuchis? He replaces Carl Pelini, who left to be head coach of Florida Atlantic.

82. Is there a more intense coach than Michigan State?s Mark Dantonio?

83. How will Indiana?s quarterback situation sort out? Will it be Tre Roberson? Cameron Coffman? Someone else?

84. Can safety Ibraheim Campbell be a leader and big-play guy for Northwestern?s maligned defense?

85. Will Ohio State receiver Michael Thomas be the top freshman in the Big Ten after starring in the spring?

87. Is there a hotter assistant in the Big Ten than Michigan State defensive coordinator Pat Narduzzi?

88. How long will star Michigan running back Fitz Toussaint be suspended following a recent arrest?

92. Will there be a better conference game than Michigan?s season-ending visit to Ohio State on November 24?

93. Can the Big Ten go 3-0 vs. Notre Dame? Michigan, Michigan State and Purdue all play the Fighting Irish?

94. Is Illinois? Jonathan Brown the top linebacker in the league?

95. Does Nebraska have the top receiving corps in the Big Ten?

96. Can Indiana win more than one game?

97. How will Michigan deal with great expectations after sneaking up on everyone last season en route to going 11-2?

98. Will Ohio State be OK at running back with Jordan Hall out until at least the third game of the season with a foot injury?

99. Can linebacker Mike Rallis be a leader and playmaker for the Minnesota defense?

100. How good is Northwestern?s receiving corps led by Demetrius Fields?

101. Is Purdue cornerback Ricardo Allen the most underrated player in the Big Ten?