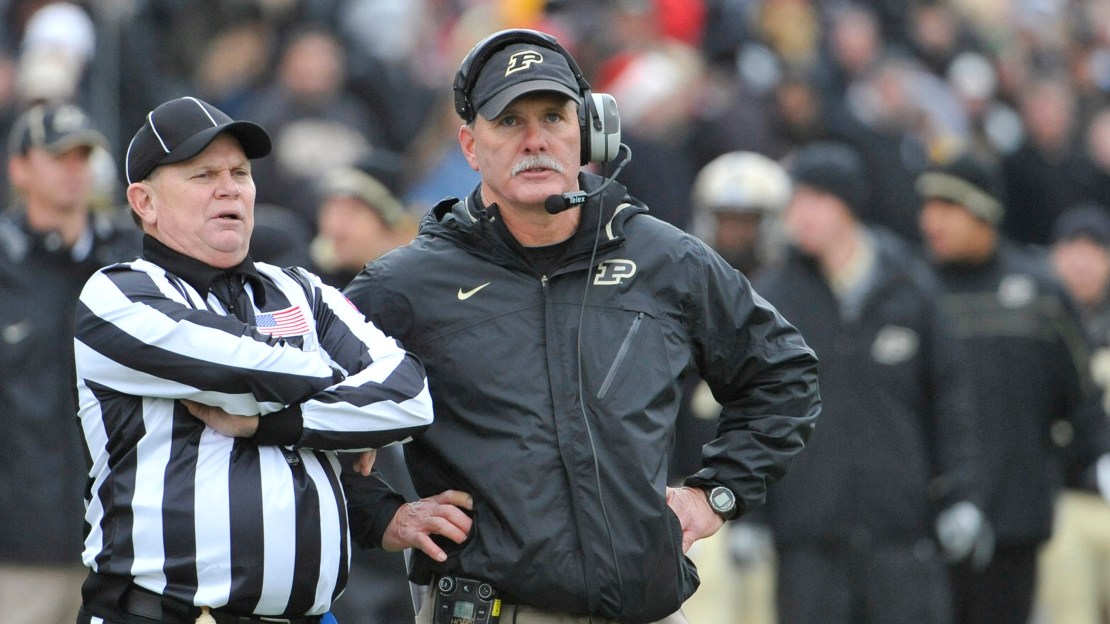 Big Ten media days kick off on Thursday in Chicago. Get all the latest Big Ten web links in this post.

MICHIGAN QUESTIONS: Prior to heading to the event, AnnArbor.com scribe Kyle Meinke posed five questions around the Wolverine program as it heads to the Windy City.

Perhaps the most interesting is how Michigan will handle higher expectations after surprising the nation in 2011 with an 11-2 season that was capped by a Sugar Bowl triumph over Virginia Tech. It?s easy to be under the radar. Much tougher to play with a target on your back.

MEDIA DAY HOT TOPICS: While on the subject of Big Ten media days, Randy Peterson of the Des Moines Register takes a stab at what will be the hot topics at the event.

Obviously, the Penn State saga remains a major issue and will have scribes abuzz between bites of deep dish pizza. Iowa? The running back situation will be a big topic, as will Ohio State and how it deals with probation and a bowl ban.

MORE PENN STATE TALK: It wouldn?t be Wednesday unless there was Penn State news, right? The focus now is shifting to transfers. How many Nittany Lions will bolt? Some think attrition might not be as great as many anticipate.

As for suitors (vultures?), it?s a virtual who?s who as far as coaches go-Rich Rodriguez, Chas Weis, Lane Kiffin–who are interested in wooing Penn State players. Are these smart or shameful men?

TO TRANSFER OR NOT: Bruce Feldman of CBSSports.com offered a look at the transfer process for the Nittany Lions.

Meanwhile, Bill O?Brien is working to keep his roster intact. I wonder if he thought sanctions would be this severe? You know he won?t say either way.

TRESSEL ON PENN STATE: Jim Tressel-yes, THAT Jim Tressel-offers his two cents on the Penn State situation. Uh, I think he should have just said ?my thoughts and prayers are with the Sandusky victims? and stopped at that.

LESSONS LEARNED: Michigan and Michigan State say they have learned from the Penn State mess. I imagine most schools have.

REMOVING HONORS: And with each passing day, it seems Joe Paterno?s name is being taken off of some award or honor. As it should be.

BIGGEST VACATED WINS: Not that it really matters, but Ben Jones of Statecollege.com took a look at the eight biggest vacated Penn State wins from 1998-2011. And some of them may surprise you. They did me.

LONG SNAPPER TALK: News that Michigan State has lost its long snapper for the season after he suffered a neck injury in a diving mishap may not seem like big news ? but it is. Good thing MSU signed a long snapper in Taybor Pepper. (This is why you pay attention on Signing Day, people!)

The Spartans? special teams looked to be among the Big Ten?s best-and still may be with kicker Dan Conroy, punter Mike Sadler and kickoff return man Nick Hill back. But losing Steve Moore hurts.

BADGERS LOSE DEHN: Speaking of personnel losses, Wisconsin also received a blow when it was announced junior offensive lineman Casey Dehn is expected to miss the season due to academics.

He was projected to compete to start at right guard or at right tackle. Massive Rob Havenstein (6-8, 343) is expected to step up in Dehn?s absence at right tackle. Tyler Marz is another possibility. Right guard is a bit murkier. Stay tuned. But, c?mon, this is Wisconsin. It always has good offensive linemen, right? Bielema will sleep well, I think?.

A CLOSER LOOK: The Lafayette Journal & Courier got a hold of the contract of Purdue coach Danny Hope.

The biggest revelation for me: Hope is the lowest paid coach in the Big Ten in terms of fixed compensation, and the only coach not guaranteed at least $1 million in 2012 and 2013. For comparison, Urban Meyer?s fixed income from Ohio State is $4.4 million in 2012.

My take: This, ladies and gentlemen, is what they call an impressive factoid.

My take: This, ladies and gentlemen, is what they call a surprising factoid.

My take: This, ladies and gentlemen, is what they call a stunning factoid.