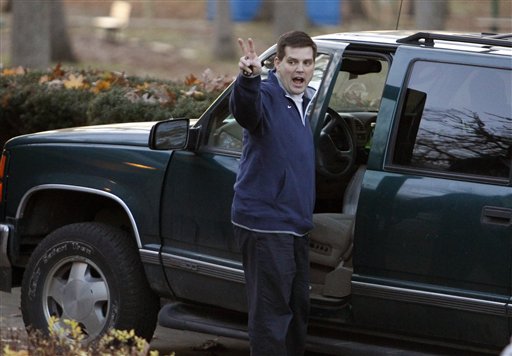 Joe Paterno's family released a statement in response to the sanctions announced by the NCAA against Penn State on Monday. Read the whole statement in this post.

"Sexual abuse is reprehensible, especially when it involves children, and no one starting with Joe Paterno condones or minimizes it. The horrific acts committed by Jerry Sandusky shock the conscience of every decent human being. How Sandusky was able to get away with his crimes for so long has yet to be fully understood, despite the claims and assertions of the Freeh report.

The release of the Freeh report has triggered an avalanche of vitriol, condemnation and posthumous punishment on Joe Paterno. The NCAA has now become the latest party to accept the report as the final word on the Sandusky scandal. The sanctions announced by the NCAA today defame the legacy and contributions of a great coach and educator without any input from our family or those who knew him best.

That the President, the Athletic Director and the Board of Trustees accepted this unprecedented action by the NCAA without requiring a full due process hearing before the Committee on Infractions is an abdication of their responsibilities and a breach of their fiduciary duties to the University and the 500,000 alumni. Punishing past, present and future students of the University because of Sandusky's crimes does not serve justice. This is not a fair or thoughtful action; it is a panicked response to the public's understandable revulsion at what Sandusky did.

The point of due process is to protect against this sort of reflexive action. Joe Paterno was never interviewed by the University or the Freeh Group. His counsel has not been able to interview key witnesses as they are represented by counsel related to ongoing litigation. We have had no access to the records reviewed by the Freeh group. The NCAA never contacted our family or our legal counsel. And the fact that several parties have pending trials that could produce evidence and testimony relevant to this matter has been totally discounted.

Unfortunately all of these facts have been ignored by the NCAA, the Freeh Group and the University."