Dienhart: What's Next for Nittany Lions? 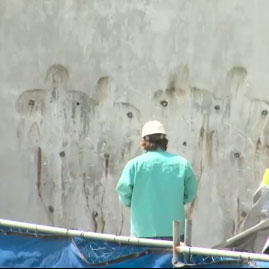 INDIANAPOLIS — Penn State football never will be the same. Not after today. Not after NCAA czar Mark Emmert strolled to the dais in the Palmer E. Pierce Room in the NCAA headquarters early on this Monday morning and delivered Penn State?s punishment for covering up the atrocities of the Jerry Sandusky child sex-abuse case.

The verdict was as severe as many expected. There were scholarship cuts, a postseason ban, vacating of victories and a massive financial penalty-among other sanctions. But honestly, it could have been worse.

Penn State avoided the death penalty, which has been given only once to a Division I football program in 1987 to SMU. Penn State avoided a TV ban, a penalty that hasn't been handed out in more than 10 years. Those two penalties likely would have been even more damaging to the program, though some argue the sentence Penn State received was every bit as bad.

As it is, Penn State will suffer dearly with the penalties it has been handcuffed with. How will the football program move forward?

[Here is a full list of the sanctions and explanations at NCAA.org.]

Without a doubt, the scholarship limitations are the most damaging penalty and will cut the deepest. Initial scholarships have been reduced to 15 from 25 for four years. What?s that mean? Penn State can ink just 15 recruits a year for four years. As a point of reference, USC in 2010 was docked 30 scholarships over a three-year period in the Reggie Bush case. Penn State may not feel the full impact of the cuts immediately, but the debilitating penalty will hit hard in time.

Exasperating the scholarship cuts is the fact Penn State also could see player defections, as it was announced that anyone is free to leave for another school and be immediately eligible. That only will chip away at the program?s already shaky foundation.

The four-year postseason ban includes Big Ten title game, and that hurts, too. But the scholarship cuts hurt more, and they will ruin the program?s depth. The scholarship cuts and anticipated player defections could render the Nittany Lions a second-tier Big Ten team for the better part of a decade-if not longer.

Winning the Leaders Division would appear to be out of the question, as Wisconsin and Ohio State figure to have a stranglehold on the division for some time to come, even though Ohio State is ineligible to play in the title game this season. But a weakened Penn State team also will allow Leader Division rivals Purdue, Indiana and Illinois a chance to move up the food chain.

The NCAA?s $60 million financial penalty as well as the Big Ten?s withholding of Penn State?s cut of postseason loot over the duration of the school?s postseason ban is only the beginning of financial loses. Penn State will likely lose as myriad civil suits figure to be filed in coming months that will further drain the university?s coffers.

Seeing Paterno stripped of victories from 1998-2011 was appropriate and fitting. Yes, the program and school won?t suffer any tangible loss because of the penalty, but it?s an apt symbolic move-just like the removal of the Paterno statue. It knocks JoePa from his now undeserved throne as college football's win king. It also is a fitting punctuation mark on this sad and sordid final paragraph of his legacy.

But all of this pales compared to the damage done to the school?s good name and reputation. In fact, it may be beyond repair. Mention Penn State, and the first thought in the minds of most of America for years to come likely will be: Child sex abuse. Jerry Sandusky. Scandal. Cover up.

Not only did Penn State emerge from this meeting today as a redefined program and school, but the NCAA and the 59-year-old Emmert also showed off new muscles in what could be a new era of enforcement.

Upon taking office in 2010, Emmert wanted to clean up a college athletic landscape that had grown increasingly polluted with rules violators. In recent years, we have seen Miami (Fla.) generate ugly headlines in the Nevin Shapiro scandal and academic misdeeds at North Carolina, among other things. And the Big Ten has done more than its share to contribute to college athletics? black eye.

Michigan?s football program went on probation for three years for the first time ever in 2010 for violating practice activities. And among other penalties, Ohio State is serving a postseason ban this season as part of NCAA violations centered on extra benefits. In the fallout, iconic Buckeye coach Jim Tressel lost his job.

Now, there?s the Penn State and the Sandusky coverup, which to me is the worst scandal in the history of college athletics.

[Read this list of the worst scandals in sports.]

This has got to stop. The outrage and horrors revealed in the Freeh Report-coupled with the sins of other schools-seemingly allowed Emmert to handle the Penn State case in unprecedented fashion. Normal NCAA investigative procedures were circumvented, as the iron-fisted Emmert acted in the type of quick and decisive manner that would make NFL commissioner Roger Goodell proud.

Emmert may be to college sports what Judge Kenesaw Mountain Landis was to baseball as the NCAA president now ushers in a new era of NCAA enforcement. This was a brand of NCAA frontier justice not seen since the days when Walter Byers led the organization from 1951-88. Get used to it, America.

There is a new sheriff in town. Emmert sent a warning to schools to look at their operations and make sure priorities are correct. There should be no hero worship, no win-at-all-costs mentality. Rather, the goal is to strike a proper balance between academics and athletics.

Penn State learned the hard way. Now, it can begin the healing process. It is all about about moving forward. It's also about never forgetting the past.