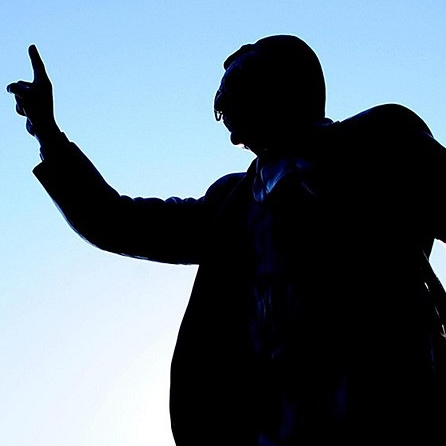 Penn State University will remove the famed statue of Joe Paterno outside its football stadium, eliminating a key piece of the iconography surrounding the once-sainted football coach accused of burying child sex abuse allegations against a retired assistant.

The university said Sunday that it will take down the larger-than-life monument in the face of an investigative report by former FBI Director Louis Freeh that found the late coach, along with three top Penn State administrators, concealed the abuse claims against Jerry Sandusky more than a decade ago in order to shield the university and its football program from negative publicity.

A spokeswoman for the Paterno family did not immediately return phone and email messages Sunday morning. For more, read the full AP story now.

"I now believe that, contrary to its original intention, Coach Paterno?s statue has become a source of division and an obstacle to healing in our University and beyond. For that reason, I have decided that it is in the best interest of our university and public safety to remove the statue and store it in a secure location. I believe that, were it to remain, the statue will be a recurring wound to the multitude of individuals across the nation and beyond who have been the victims of child abuse."

Visit PSU.edu for the full statement.