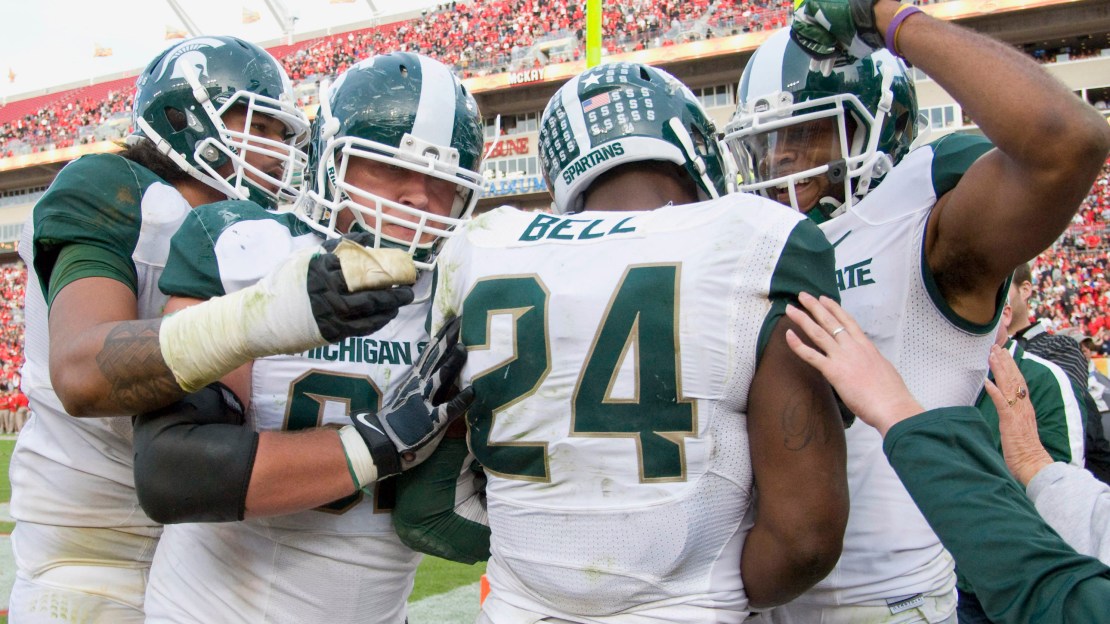 You have questions. And, of course, I have answers. It?s time for my latest Big Ten Mailbag and my readers brought some solid questions this week. What?s on your mind? Football, naturally. In this week's edition, I'm asked if Michigan State can continue its dominance over instate rival Michigan and if a Big Ten city could bid for the national championship game? See all of my answers to your questions in this post. And, as always, thanks for all of the questions!

Please tell me that Indiana will beat Indiana State in the season opener? – Ben
You have to like Indiana?s chances, right? I know Indiana State has improved greatly in recent seasons, but it?s still an FCS program that the Hoosiers should beat. Indiana is still a work in progress in its second season under Kevin Wilson. Give it time, especially on defense. But the first step in the evolution of the program is to beat teams like Indiana State. And the Hoosiers will do that.

Do you think Michigan State can beat Michigan again? – Phillip
Sure! The Spartans have toppled the Wolverines four times in succession. And Michigan State figures to be one of the top teams in the Big Ten again, as the Spartans are coming off consecutive 11-win seasons led by what looks like a great defense. To that point, I can?t wait to watch that Michigan State defense lock up with the Michigan offense in an epic battle of strength on strength. But know this: Michigan is on the rise. And the game is being played in Ann Arbor.

I have seen several analysts who say Iowa has the easiest schedule in the nation. I want them to compete for the conference title, but not by beating the lower-shelf teams. How can this be revised? – Mike First, let?s take a look at Iowa?s schedule:

The verdict: Yes, this isn?t a daunting schedule. The Hawkeyes don?t play their first true road game until Oct. 13, giving Iowa a good chance to start 5-0. And the Hawkeyes could be favored in every Big Ten home game with a decent chance to go 2-2 on the road in league play. So, the Hawkeyes have a solid shot to maybe win nine games-which would be a nice feat for a program that has won an aggregate 15 the last two seasons. Down the road, it may help to augment the non-conference schedule to enhance Iowa?s profile as a possible playoff team when that postseason structure begins in 2014.

Much is being made of Nebraska quarterback Taylor Martinez needing to improve his throwing motion. But I think he was hurt last season by lots of dropped passes. – Stephen
I don?t have the numbers to back that up, but I could believe that the Cornhusker wideouts struggled last season. Husker offensive coordinator Tim Beck pointed out to me that Nebraska started last season with Brandon Kinnie, a senior who had 43 catches the year before. The next top returning receiver had one catch. No other receivers had a catch in their career coming into last season. You are talking about a very inexperienced group. At times, Nebraska had a true sophomore, true freshman and a redshirt freshman at receiver. So, the unit suffered growing pains in 2011 that surely included its share of drops.

With Indianapolis opting not to bid for the national championship game, will potential Midwestern/Northern cities such as Detroit, Minneapolis, St. Louis, Chicago, New York or Boston step up and try to host the game? – Jonathan
I like many people was disappointed to see Indianapolis opt to not bid on the national title game, which will begin with the 2014 season. But I don?t see why other Midwestern or Northern cities would be dissuaded from bidding. You mention some good potential candidates, including two with domes in Detroit and St. Louis. Detroit has hosted two Super Bowls, and Minneapolis one. And New York will be hosting one after the 2013 season. So, it?s not like the cities don?t have the facilities and/or experience of handling big events. Bottom line: stay tuned.