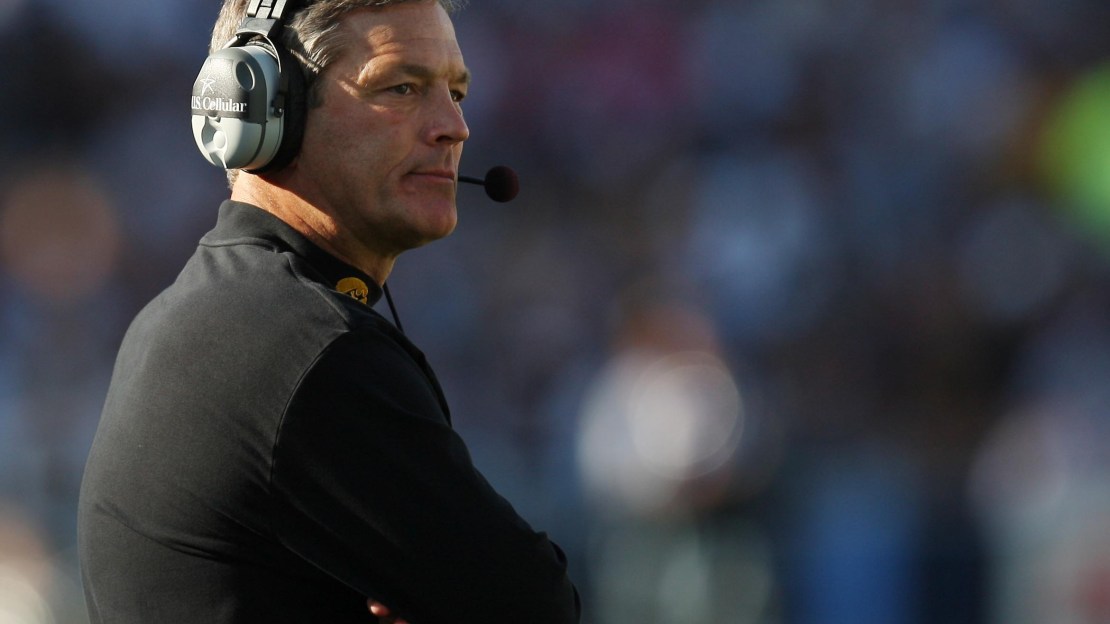 A look at the Big Ten football headlines on this Wednesday.

In other news, water is wet.

The more interesting debate is who is No. 2? ESPN has Iowa?s James Vandenberg slotted there. Good call. And Ohio State?s Braxton Miller is No. 3. Hmmmm. Is Miller better than Nebraska?s Taylor Martinez?

WHAT ABOUT MATT? Speaking of quarterbacks, Penn State?s Matt McGloin may not be the best or the prettiest in the Big Ten, but he?s likely the best the Nittany Lions have. And, so far, McGloin-who has beaten out Rob Bolden and Paul Jones–looks capable of running Bill O?Brien?s new attack.

That?s good, because the success of Penn State likely will hinge on McGloin?s ability to make the passing game go for an attack that ranked 10th in the Big Ten last season (342.4 ypg). A good passing game utilizing the tight ends and running backs will open room for star running back Silas Redd. Couple a decent offense with what could be a very good defense-especially the front seven–and Penn State could post a strong mark this season amid the off-field tumult of the Jerry Sandusky scandal.

FORECASTING THE HAWKEYES: Iowa is a bit of a mystery team. A major reason for that: Kirk Ferentz has shaken up his coaching staff like never before since taking over the Hawkeyes in 1999. Pat Harty of the Iowa City Press-Citizen takes a stab at picking the outcome of every Iowa game in 2012.

Sounds about right. This is an Iowa program that has won eight and seven games, respectively, each of the past two seasons.

HAWKEYES EXCITEMENT: The great Mike Hlas of the Cedar Rapids Gazette tossed out a poll a few weeks ago asking Iowa fans which game they are most looking forward to.

The result: the Nebraska game, which surprised Hlas.

Me, too. I would have thought Hawkeye fans would be looking more forward to games vs., say, Iowa State-which was a distant second in the poll. I also thought the Minnesota game would have been higher after Iowa has lost the last two meetings and the fact Floyd of Rosedale is on the line, but it was just fifth in the poll.

POSSIBLE NCAA DECISION: And a day can?t pass without some take on the Penn State/Sandusky situation. Bob Flounders of the Harrisburg Patriot-News thinks the NCAA likely will ban Penn State.

My take: This is a breath of fresh air.

I am thinking serious NCAA sanctions but no death penalty. @mattrenauld

My take: I always value Ron Musselman?s opinion. And I think he?s right. I, too, will be stunned if the Penn State program is shut down. But, you never know.