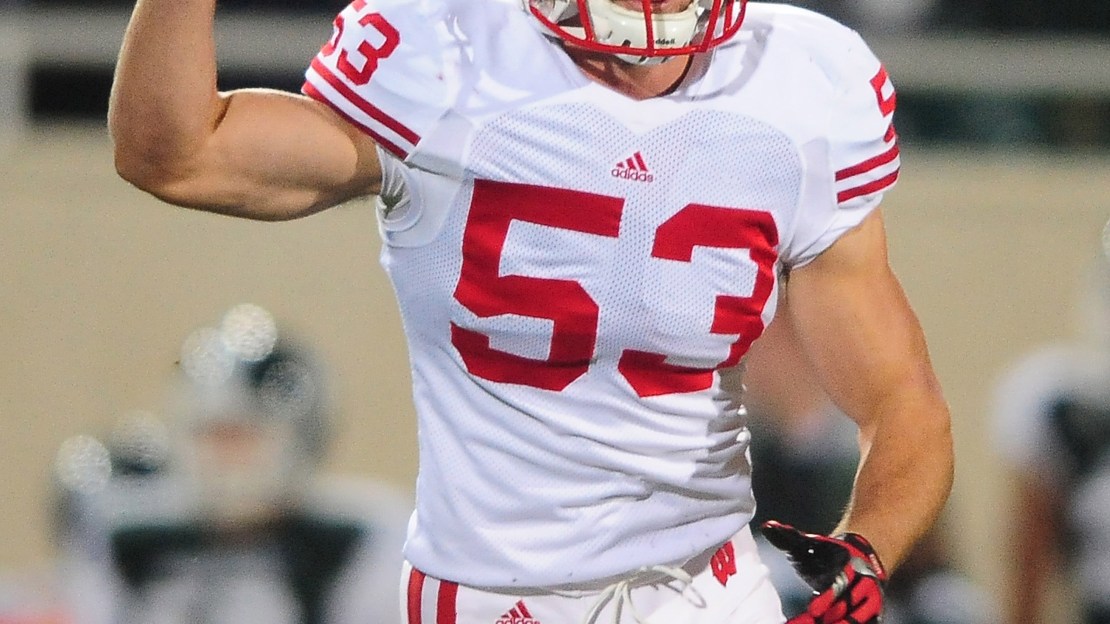 What are people talking about in Big Ten football circles on this hot, hazy Tuesday across Big Ten country?

We take a look at the latest Penn State updates, an intriguing Michigan State simulation, a nice honor for Arthur Ray Jr., a major Butkus Award omission, and we also provide a look at today's top tweets. Send me your thoughts at the end of this post.

The Penn State story continues to rivet America, as it well should. Much of the debate now centers on Joe Paterno. His family continues to stand by his side in death, defending his name and role in the Jerry Sandusky scandal. The family is commissioning its own study of the Freeh Report, which it disputes on many fronts.

But is a review necessary? ESPN?s Johnette Howard doesn?t think so. In fact, she thinks the Paterno?s just don?t get it. A review is unneeded and won?t help JoePa?s legacy. I agree.

And that encampment outside Beaver Stadium known as ?Paternoville?? It now will be called ?Nittanyville.?

It seems with each passing day, we are seeing Paterno?s name or likeness removed from something. And that brings us to the Paterno statue that sits outside of Beaver Stadium. Keep it? Trash it? David Jones of the Harrisburg Patriot-News feels alumni and students should decide its fate-not national windbags.

Why? Is what Paterno did beyond comprehension for those outside of Pennsylvania? JoePa was an American icon-not just a state icon. All opinions matter on this issue.

The debate on how Penn State should be punished by the NCAA rages-if the NCAA should step in at all. Political pundit James Carville recently sounded off, saying that suspending Penn State is a ?really dumb? idea.

NCAA president Mark Emmert isn?t so sure. In fact, he recently said the death penalty isn?t out of the question. The NCAA sent a letter of inquiry to Penn State and expects to hear back within weeks. Once the NCAA reviews that, it will choose to act or not to act.

Ray has overcome bone cancer to suit up and play for the Spartans. It?s a moving story that?s worthy of Hollywood treatment. The Big Ten needs more stories like this right now.

Simulation Nation: The Lansing State Journal wondered, "How good will Michigan State be in 2012 with a new quarterback and receiving corps as the program is coming off back-to-back 11-win seasons?" Well, the paper simulated the 2012 MSU season 10 times on E.A. Sports? NCAA Football ?13. The verdict: The Spartans finished a combined 103-31-an average record of 10-3. Michigan State won the Legends Division four times, the Big Ten crown four times and-get this-the national championship once. Really.

So, go ahead and go crazy, Spartan Nation.

Watch out! In recent weeks, the nation has been pummeled with name after name on watch list after watch list. The lists often are stuffed with so many names, it makes you wonder: Is this really an honor? Well, it turns out, the Butkus Award didn?t go deep enough on its watch list of top linebackers. Wisconsin standout Mike Taylor was omitted. How did this happen?

All Taylor did last year was lead the Big Ten in tackles with 150, which was the third-highest total in the country. And he ranked 13th nationally with an average of 10.7 tackles per game.

That?s not worthy of getting placed on the Butkus watch list?

Remember that the #B1G first-tier TV rights come up in a few years. #B1G money haul could greatly outpace #Big12 or #SEC

My take: This Tweet comes on the heels of news that ESPN will pay an average of $80 mil per season to broadcast the Rose Bowl from 2015-26, up from $30 mil per season. That?s a mere 167 percent increase. The money is obscene.

My take: This has been a fun series by Mike Lucas. And this is one of the best tweets yet in the bunch.

My take: As it should be. The guy is a flat-out stud.