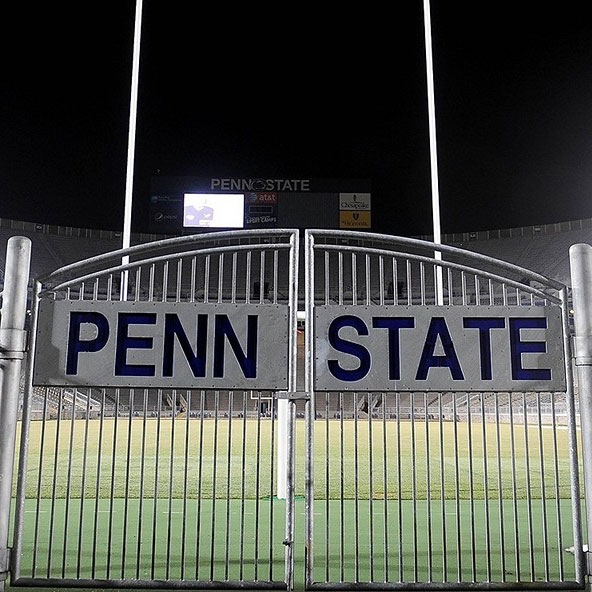 With the release of the Freeh Report and all of its damning revelations yesterday, reaction was swift and blunt.You know how I feel about the whole story. If you missed it, you can read it here. Each weekday I usually post a collection of links and tweets about stories worth a read – you can find my daily posts here. Today's edition of my daily links focuses on Penn State. Here?s a look at how the Big Ten?s and nation?s leading pundits reacted. And, as you would suspect, it wasn?t pretty.

Jim Litke, Associated Press: Report takes halo over JoePa?s head and turns it into a noose; truth lies in between.

Dan Wetzel, Yahoo! Sports: Joe Paterno?s new legacy-coach turned his back on helpless boys to protect himself and Sandusky.

And then there is this from former Florida State coach Bobby Bowden, who at one time was engaged in a heated race with Paterno to see who would have the most victories as a Division I coach. Turns out, Bowden thinks that statue of JoePa outside of Beaver Stadium should be torn down. What do you think?

Paterno still has his backers. Did you see what former Nittany Lion linebacker and JoePa sycophant Matt Millen was saying yesterday? Needless to say, Millen was ripped and roasted for his comments.

Love this quote from Mike Leach (from last summer): "Players get on Twitter and sometimes their brains lapse into auto-pilot."

My take: Let that be lesson to all of you.

We didn't need this report to know there was a cover up. Again look at when and how Sandusky stepped down. And never got another job!

My take: No doubt. I have to think many people suspected things about Sandusky long before anything could be proven in the courts.

My take: I can only hope.