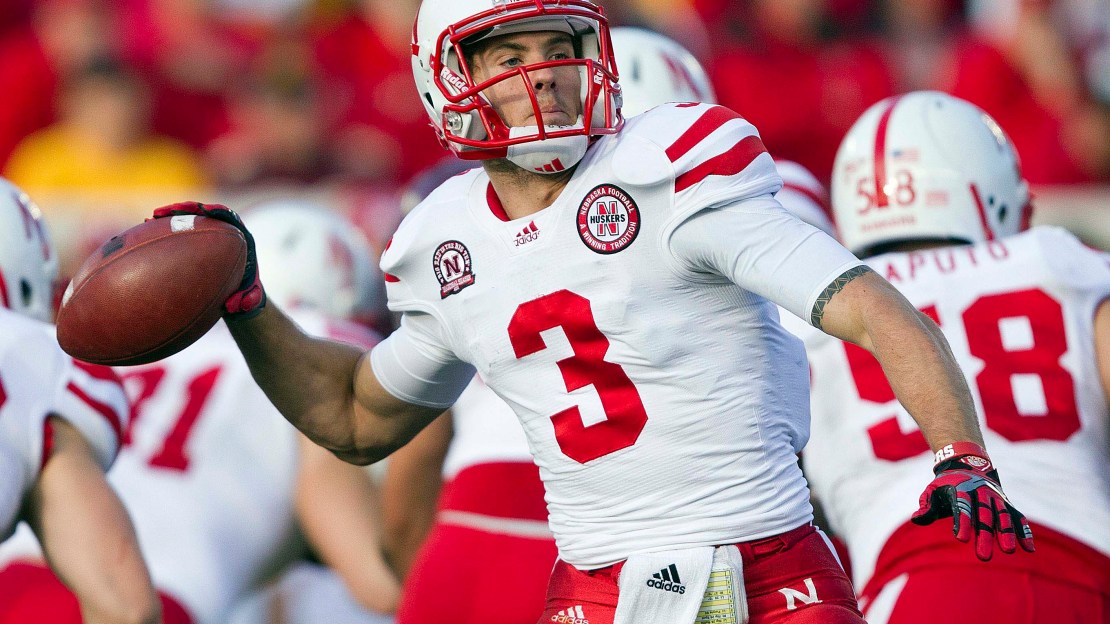 The numbers last year for the Nebraska offense were decent. The Cornhuskers ranked fifth in the Big Ten in total offense (379.9 ypg); third in rushing (217.2 ypg); fourth in scoring (29.2 ppg) during a 9-4 season. The number that wasn?t so pretty? Passing, as Nebraska ranked 10th in the Big Ten (162.7 ypg). Only two schools (Penn State and Minnesota with 10 apiece) threw fewer touchdown passes than the Huskers? 13 in 2011. Coordinator Tim Beck knows that. And he knows the overall numbers can be better.

More to the point: Beck hears the calls for the Husker aerial attack to improve. And, he thinks it will in his second season as coordinator since taking over for the departed Shawn Watson.

All eyes will be on quarterback Taylor Martinez. He was just the No. 7 rated passer in the league last season, completing 56.3 percent of his attempts for 2,089 yards with 13 touchdowns and eight interceptions. Running back Rex Burkhead helped pick up the slack, running for 1,357 yards. Ideally, the Nebraska offense will have more balance this season.

I talked to Beck earlier this week to ask him about the Nebraska offense as Bo Pelini enters his fifth season in Lincoln.

Q: Are analysts making too much about Taylor Martinez having to improve as a passer?
A: A little. He has worked really hard. In anything, if you improve your fundamentals and technique, you will improve. He?s doing that. I want us to be more consistent throwing the ball. But it?s not just Taylor. It?s a variety of things-protections, routes, dropped passes, bad reads by Taylor. It?s a number of things. You just don?t say he had bad technique. Those things-the drops, protection, etc.-it?s an extension of inexperience.

Look at the receiving corps. We started last season with Brandon Kinnie, a senior who had 43 catches the year before. The next receiver had one catch. No other receivers had a catch in their career coming into last season. You are talking about a very inexperienced group. At times, we had a true sophomore, true freshman and a redshirt freshman at receiver.

And then factor in you are in a new conference. We also had a new offensive system, a new receivers coach, new running backs coach, new line coach, it was my first year running the offense. Tie all of those things together. We have learned a lot, which is why I think we?ll be better. There is more of a comfort level and they kinda get it.

But any coach will tell you it starts with the quarterback. Our offense is no different. As long as Taylor is protecting the football, not turning it over and doing what he needs to do, I think we?ll be effective.

Q: Did you have a problem with Martinez working with a private quarterback coach in the offseason?
A: Nah, not really. Look at the NCAA rules. We aren?t allowed to work with them (year round). Spring break and summer, we can?t. I have been in contact with (Los Angeles-area based quarterback coach) Steve (Calhoun). He called me to say ?Taylor wants to see me ? What do you think? ? Is it OK? ? What are some things you?d like to see him improve on?? Steve has his academy and a certain way of doing things and a progression he coaches and teaches his guys. I?m fine with that.

All summer, we can?t work with the players. I?ll have a couple weeks in fall camp, but in the last two weeks you start to get ready for your opponent. You have maybe 14 practices in fall camp that are like spring practices. We worked hard this spring to work and correct some of the technique things he has. And he did better. He continues to work on those things in the summer.

A good chief or commander uses all his resources available to reach the final goal. Whatever that takes for him to do, he has to do it. Especially with the constraints (as far as how much Nebraska can coach him) put on us.

Q: Some felt running back Rex Burkhead may have been overworked last year. How do you plan to use him this season?
A: I?m not worried (about his workload). We probably did overwork him a little bit. He?s a guy who won?t tell you that he is being overworked. He rises to the challenge all the time. He goes 100 mph all the time, so it?s hard to tell when he?s overworked. But using him took some burden off the passing game. It took the burden off us defensively a little bit, too, in certain games.

And if you look at three or four of our first games, there were some games we were up three scores-and we are gonna run the ball. We won?t throw it. Once we get it ahead, we like to run it and get out of there. We aren?t a big ?score 70 and show everybody (how-great-we-are team).?

Look at the Iowa game. Our last three possessions, we didn?t throw the ball one time. Things like that skewed the running numbers and those things accumulated to where Rex became overused a little bit.

And behind him we had three true freshmen who we were nervous about playing. But we feel better about those guys now.

Q: Do you feel good about the line?
A: We feel really good about it. We have played a lot of guys over the last year or two. We still need to find a center to replace Mike Caputo, a two-year starter. But most of the other positions, guys have played quite a bit. Spencer Long started every game last year, (Seung Hoon) Choi at left guard started seven or eight games, (Andrew) Rodriguez started the other games and he may play some tackle. (Jeremiah) Sirles two years ago started every game for us. Tyler Moore started games last year. Even though they are sophomores and juniors, they all have significant playing time. Except center. I think we have good candidates. Cole Pensick is one. He has put in a lot of practice time and had a good spring. Mark Pelini had a good spring, Justin Jackson, Ryne Reeves, we have a lot of candidates. They also could help at other positions, too.

I also thought the Big Ten defenses knew their systems a little bit better. In the Big 12, there are so many spread offenses, you have a lot of gimmick blitzes and gimmick coverages to try to confuse quarterbacks to get them to screw up. You could find holes in those defenses, or you could put something new in from week to week to beat those defenses.

In the Big Ten, they seem to know their defense better. They adjusted to things better, they knew their weakness of the coverage or front. As soon as we started to take advantage of something, they knew how to fix things.

It was a learning experience, and we think we are better for it.