Olympic Journal: Getting Ready To Make A Splash 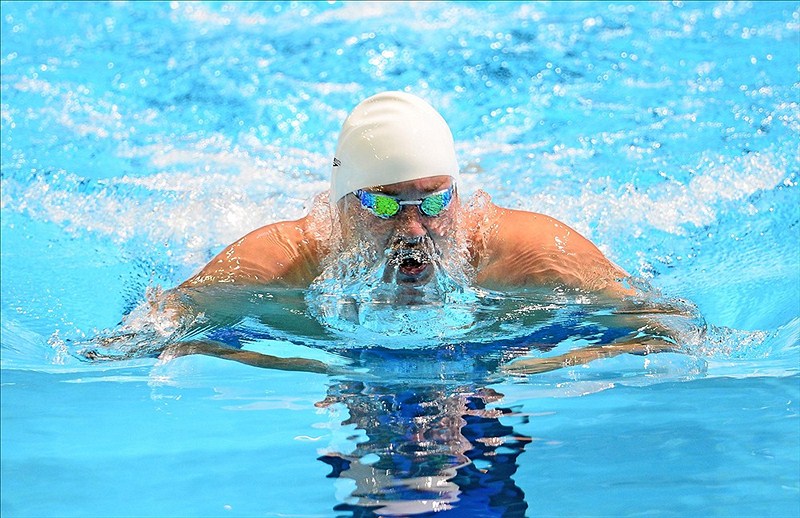 As part of our ongoing series of Big Ten Olympic Journals leading up to and through the 2012 London Olympics, we've put together a band of Big Ten swimmers on the U.S. Olympic Swim Team. Michigan graduate and Olympian Peter Vanderkaay dives in with his first post here and introduces the other contributors as we head toward the start of the Olympics on July 27.

Want to bookmark the swimmer's journals? We'll be archiving them here. And now, here's what Vanderkaay sent in Wednesday morning.

"I am Peter Vanderkaay, former Michigan swimmer and 2012 Olympic team member. I will be competing in the 400 Freestyle.

"Welcome to the first blog entry straight from the U.S. Olympic Swim Team in Knoxville. We arrived on Saturday and will be stationed here as part of our domestic training camp before heading to Europe on July 14. Our international training camp is slated to be in Vichy, France prior to the Games in London. The idea behind going to Vichy is to get acclimated to the competition time zone while avoiding the media frenzy that is building in London.

"So far the camp has been excellent and Team USA is coming together nicely. The Big Ten is represented well on the squad with multiple athletes, coaches, and training staff. We just recently received some of our team apparel and it always feels good to get couple bags of free stuff. Sometimes when I'm wearing the team outfitting I feel like Captain America. It's awesome.

"Since this is the inaugural entry from the contributing swimmers, I have the liberty of introducing the other guys who will be writing subsequent entries. First off is my good friend and former Michigan classmate, Davis Tarwater. Davis is multiple Big Ten and NCAA champion and will be competing in the 4×200 Free Relay. His Olympic pursuit has finally come to fruition as he was extremely close in making the 2004 and 2008 Olympic Teams. There are not very many guys who would have the courage and tenacity to stick around the sport after missing two squads, but Davis certainly made the right choice. Davis is also from Knoxville so he's pretty much living the dream here at camp. On a personal note, he wanted me to mention that he dresses like – and celebrates the musical collection of – his ideal, Toby Keith.

"Matt Grevers is another addition to the voice of this blog. Matt originally hails from the Chicago area and went to school at Northwestern. He currently trains somewhere in the desert in Arizona. Matt is also a multiple Big Ten and NCAA Champion, as well as a silver medalist from the 2008 Olympic Games. He will be competing in the 100 Backstroke and 4×100 relays. Matt is a giant. He is probably the biggest guy on the team and looks like the Incredible Hulk.

"Connor Jaeger is the remaining contributor to our updates. Connor is currently a student at the all-around best school in the Big Ten (I'm obviously biased). I believe he is the youngest male on the men's team and a rising star in the sport, and he is a total workhorse. He secured his place on the team by annihilating yours truly and others in the 1500 at Olympic Trials. Connor hails from New Jersey, which I could easily make fun of but will refrain from doing so for the sake of karma.

"I'll let the other guys write something cordial about me. Stay tuned for more updates about our adventures. Go USA!"

Editor's note: A veteran of the 2004 and 2008 Olympics, Vanderkaay has won two relay golds and a bronze in the 200 free. Find out more about him at PeterVanderkaay.com and visit his Facebook fan page.