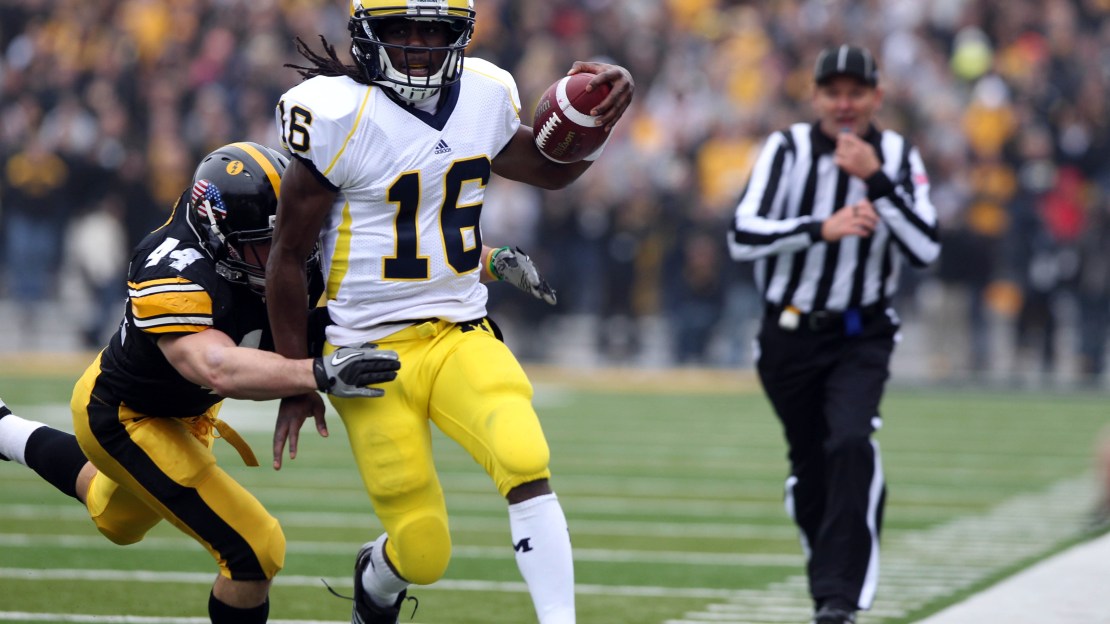 It?s Monday, it?s the height of vacation season, but that doesn?t mean the Big Ten football news is at the beach riding waves.

SPEED KILLS: What was the common denominator in Nebraska?s Big Ten losses last season? They all came against teams that had mobile quarterbacks, points out Sam McKewon of the Omaha World-Herald.

And, had Ohio State?s Braxton Miller not been knocked out of the game vs. the Huskers, the Buckeyes may not have fallen to Nebraska.

So, this all begs the question: Which teams on the Cornhuskers? 2012 schedule have athletic quarterbacks?

TIME TO IMITATE: Not only is 2013 Michigan commit Shane Morris a talented signal-caller, he also is good at impersonations. Check out his take of Michigan State coach Mark Dantonio. Rich Little would like this. Who is Rich Little?

CATCHING UP WITH HEACOCK: Lost amid the hub-bud and excitement of Urban Meyer arriving at Ohio State was the fallout of the staff of former coach Jim Tressel. Tim May of the Columbus Dispatch caught up with one of Tressel?s top assistants, defensive coordinator Jim Heacock, who spent the past 16 seasons at Ohio State.

Heacock harbors no ill-will toward Meyer for not being retained. In fact, Heacock says he needed a break. And he just may get back into the biz at some point. I hope so, as Heacock is a terrific coach.

WHAT ABOUT WEST VIRGINIA? There are many pleas for Penn State to play Pitt each year; the schools will play in 2016-17. But what about Penn State playing West Virginia? The schools haven?t met since 1992.

It may not be a bad move, as schools across the nation need to give pause to augmenting their non-conference schedules, since schedule strength is almost certain to be a major component in selection of teams for the four-team playoff that?s coming in 2014.

WVU will play in one of the nation?s top four leagues: The Big 12. And that means playing (and maybe beating) the Mountaineers would figure to be more valuable to strength of the schedule than playing and beating a team from the ACC, which will be Pitt?s new home.

PURE EXCITEMENT: In case you missed this, Michigan?s Denard Robinson was ranked the second most exciting playmaker in college football by Mike Huguenin of Yahoo! Sports/Rivals.com.

No doubt, it?s a deserving accolade. But, I have to wonder: Which player could possibly be more exciting of a playmaker?
Huguenin says Oregon receiver De?Anthony Thomas is.

A LITTLE SOMETHING TO CONSIDER: If it was up to Michigan coach Brady Hoke, he would change the academic year. And he has a good point.

Staffs are allowed to monitor their players during the school year-but not during the summer. And that can be a very critical time academically, especially for the incoming freshmen who arrive to get a jump on classes.

My take: This right here is so funny ? and so true. Touché!

My take: It?s that time of the year, time for all of the watch lists to be launched. Just try to keep up. I dare you.