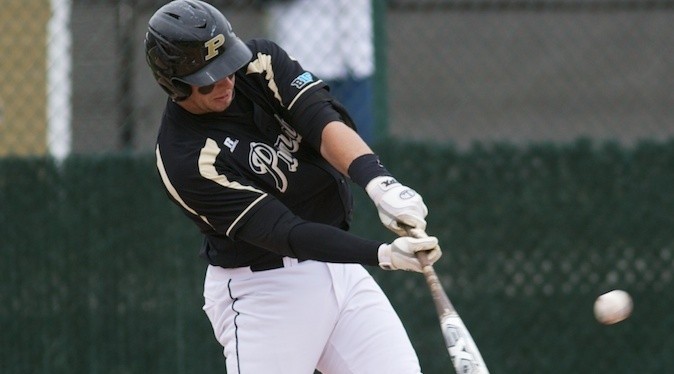 Former Purdue catcher Kevin Plawecki is no stranger to hitting clutch home runs. It was only a little more than a month ago, in fact, that the Big Ten Player of the Year smacked this eighth-inning, go-ahead home run against rival Indiana in the Big Ten tourney title game featured here. Plawecki was up to his late-inning magic again Monday night, hitting his second career pro home run to tie the score in the ninth. Watch the home run here.

Notice the similarities between the two bombs? Monday night's was more of a laser, but the pitch location, the swing and the ultimate destination could almost pass as a replay.

In 10 games with the Brooklyn Cyclones, the Class A short season affiliate of the New York Mets, Plawecki is hitting .171 with two home runs and four RBI.