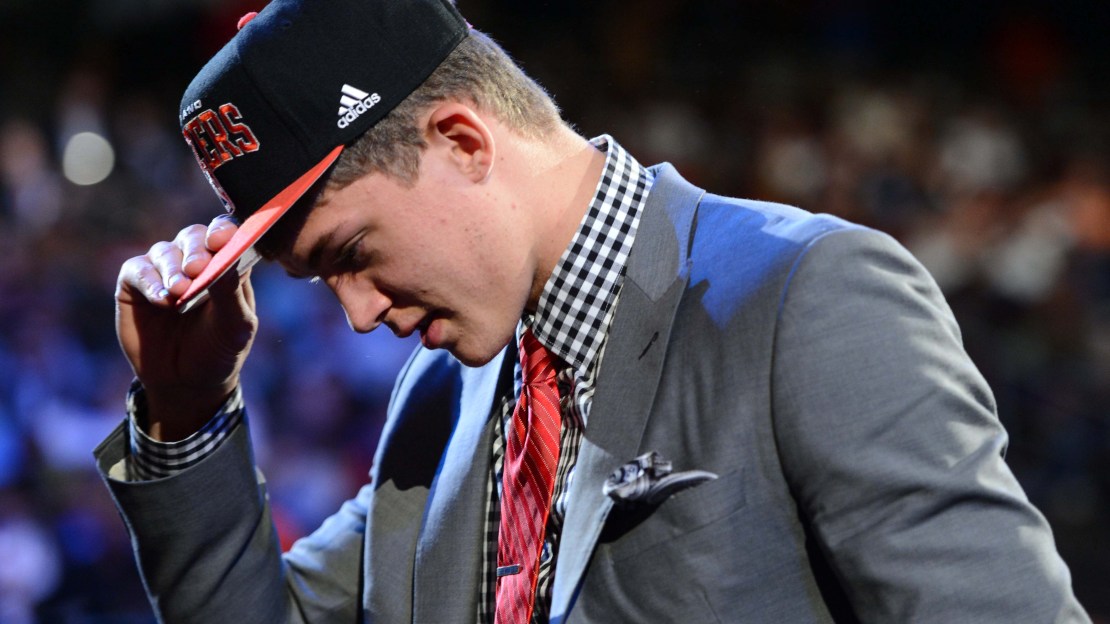 Illinois' Meyers Leonard (No. 11, Portland), Ohio State's Jared Sullinger (No. 21, Boston), Michigan State's Draymond Green (No. 32, Golden State) and Purdue's Robbie Hummel (No. 58, Minnesota) were all selected in the 2012 NBA Draft on Thursday night. Relive all the selections with FoxSports.com's Draft Tracker. Dive inside and see all the Big Ten picks, plus get the latest relevant tweets and school releases.

Meyers Leonard must develop a mean streak and edge to his game. Loaded with talent. Built to last 12-15 years in league

Congrats to my boi @MLeonard_12 being selected by the trailblazers happy for you!

Excited for Meyers Leonard and his family – lottery pick – could not be more proud of him ! Great future ahead of him with the Blazers !

Such an amazing night with my family and friends. Couldn't be happier to be a Trail Blazer! Looking forward to my future #BlessedForever

Great opportunity for sully. He's going to get so good under doc!

All I gotta say is #GoGreen

The player I would grab as soon as possible would be Michigan State's Draymond Green. High character. Solid player.

My man "Day-Day" will be a welcomed addition to the Warriors-intelligent, versatile, tremendous worker and very coachable!

Congrats to my Saginaw & Spartan Dawg bro @Money23Green getting selected to a great organization GSW.

Certainly will be rooting for Draymond Green in the NBA. @gman43duke and I had a number of his games. Another great young man. Steal in 2nd

Congrats to Robbie Hummel — goes No. 57 to Minnesota. He just wanted to get drafted in the worst way. Deserves this with all been through.

Feel good for Robbie Hummel. First saw him at Nike Camp in Indy when he was in hs. Kid could do it all. Good luck to him.

We're not supposed to show bias, but if you can't root for Robbie Hummel, something is wrong with you. Wishing him the best in Minnesota.