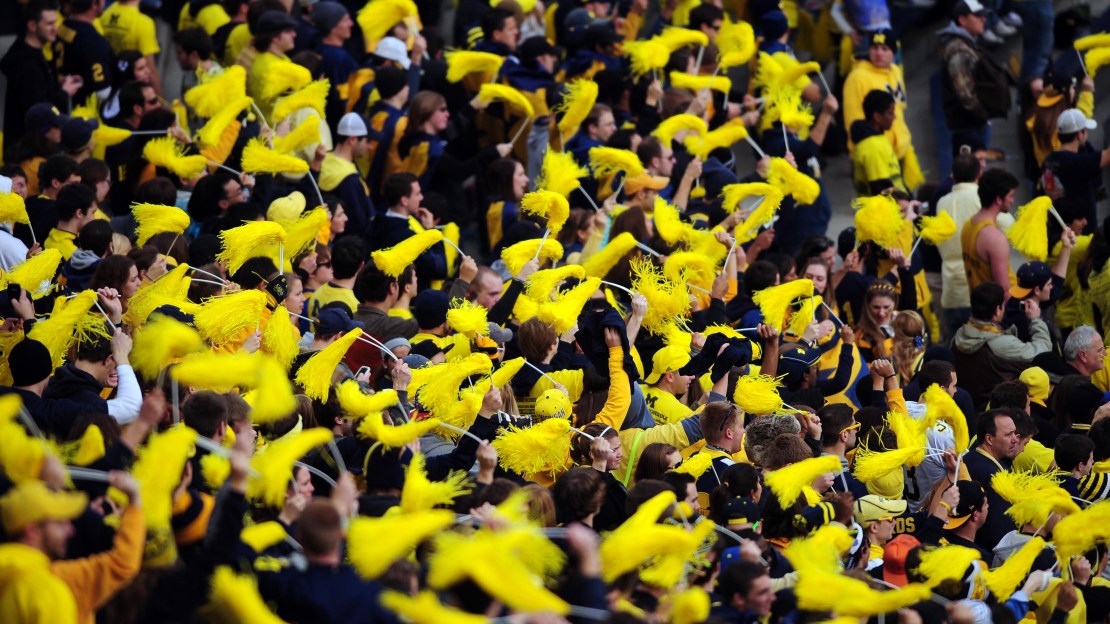 On a day when college football may be changed forever, here's my latest batch of Big Ten football links. Today: More on football playoff wrangling, Wisconsin's offensive line, the pressures of coaching, and whether or not the NCAA should get involved in the Penn State story.

Me? I liked the idea of having the semifinal games on the campus of the higher-seeded team. It would be a way of rewarding the ?better? team. But, it turns out, decision makers felt such a model would have harmed the bowls and relegated them to ?NIT status,? as Teddy Greenstein of the Chicago Tribune writes.

At this point, I can live with keeping the bowls as part of the playoff process-just so we have a playoff. But, fans should understand: It will take a lot of money to follow your team in the postseason.

Let?s use Nebraska as an example. Husker fans would have to fly to Indianapolis for the Big Ten title game; fly to, say, California for the Rose Bowl/national semifinal game; fly to the national championship game site.

I hope fans have fat wallets.

One of the anchors will be Travis Frederick. In 2009, he became the first true freshman to start at center for the Badgers. Frederick started at left guard last season but will flip back to center in 2012 with Konz gone. Stud Ricky Wagner is back at left tackle.

And new line coach Mike Markuson is one of the best in the business for a group that will escort star running back Montee Ball.

Heating up: Uh-oh. CBSSports.com Dennis Dodd has come out with annual ?coaches on the hot seat? list.

Among Big Ten coaches, Dodd thinks Indiana?s Kevin Wilson, Purdue?s Danny Hope and Minnesota?s Jerry Kill have the most to be concerned about.

I don?t think any Big Ten coach is in serious peril of losing their job in 2012, given the relative ?newness? of most of the coaches. Six of the Big Ten coaches are in their first or second seasons (Wilson, Kill, Michigan?s Brady Hoke, Illinois? Tim Beckman, Ohio State?s Urban Meyer, Penn State?s Bill O?Brien).

Among the other six, none are on shaky ground.

Hope enters his fourth season with his best team; Bo Pelini enters his fifth season at Nebraska with much on the horizon; Mark Dantonio enters his sixth season at Michigan State on a roll; Bret Bielema and Pat Fitzgerald enter their seventh seasons at Wisconsin and Northwestern, respectively, as two of the best coaches their schools ever have had. And Iowa?s Kirk Ferentz is the elder statesman, as he begins his 14th season in Iowa City with iconic status.

Stay out of it: Some people wonder: Should the NCAA get involved and punish Penn State in the wake of the ugly goings-on of the past year? CBSSports.com?s Gregg Doyel doesn?t think so. And I agree.

The death penalty for Penn State football? That's illogical. Doyel thinks it makes no sense. The NCAA's death penalty is appropriate when a school has broken NCAA rules, not state laws.

Doyel goes on to write: The NCAA has no jurisdiction here. The court system does, and the court system is acting. Let the civil courts mete out the punishment-not the NCAA.

Always learning: Who said Iowa coach Kirk Ferentz is unbending to change? First, he switched coordinators for the first time since taking over the Hawkeyes in 1999. Now, he has altered how he recruits by offering myriad early scholarships. And it looks to be paying off.

Iowa has 15 early commits, which is WAY ahead of previous years.

Offering recruits early has long been a practice at many schools. So, really, Iowa needed to ?get on board,? so to speak. Even if it was outside of Ferentz?s comfort zone.

Column: College football history likely will be made today, and the bickering will continue … http://t.co/OUxl5HoL

My take: Sipple nails it on the head. Yes, many people will rejoice with the arrival of a playoff-but there always will be a group of unhappy people.

Biggest sports moment in Iowa history? Iowa breaking into the 1982 Rose Bowl. Brought back relevance, put Iowa back on the CFB map.

My take: I have to agree with the great Marc Morehouse on this. Hayden Fry made Iowa big-time with that Rose Bowl trip. And the program hasn?t looked back. Just incredible.