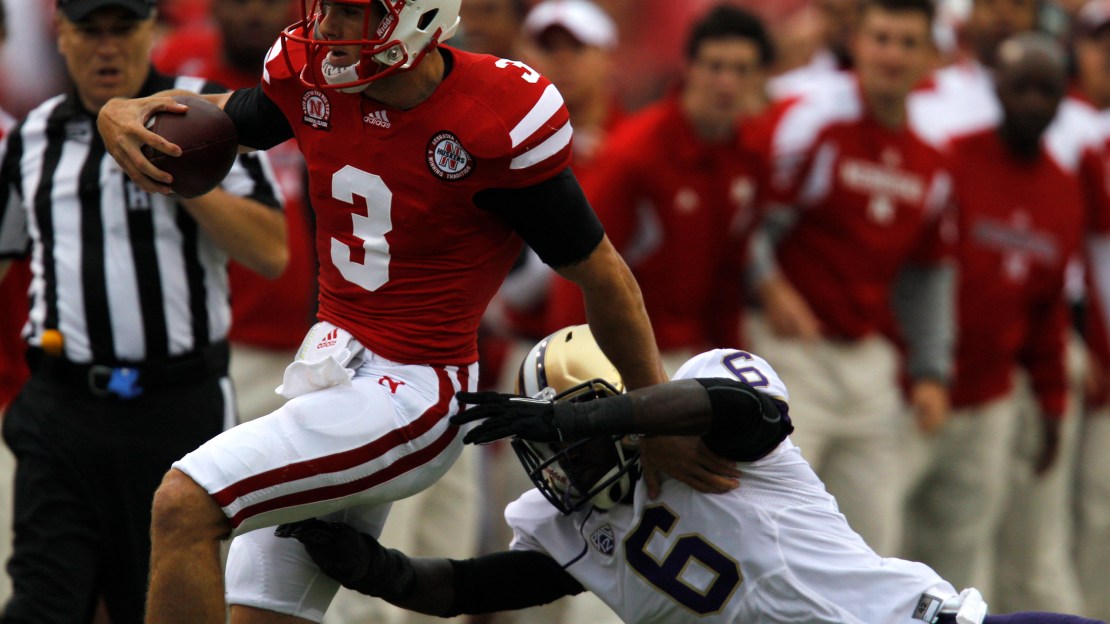 You have questions, and I have answers right here in my latest Big Ten Mailbag. In this installment, a diehard Buckeye fan wonders if the hype surrounding Ohio State may be a little too high and another reader sends me one of the longer questions I've ever received. Check out my answers to all of your questions in this post. And don't be afraid to send me any Big Ten questions you have for future mailbags. Simply fill out the form at the bottom of the post. It's that easy.

How good are the Buckeyes really going to be? I am a diehard Buckeye fan but am not sold on all the "hype." Yes, the defense will be loaded, but the offense struggled last season and lacks a proven receiver or running back. – Jon Kroeger

Have some faith! You mentioned the defense, which may be the best in the Big Ten. And that?s a great starting point for any team. Yes, there are potential issues on offense, as you noted. But I liked how true freshman receiver Michael Thomas looked in the spring. And I think others like Corey Brown and Devin Smith will step up their game. As for running back, the staff seems to love Jordan Hall, who they call their ?Percy Harvin? That?s pretty big praise.

And look at the Buckeyes? schedule:

It looks like Ohio State could just throw its jock on the field and go 8-4. The four games that will determine greatness for OSU will be: at Michigan State; vs. Nebraska; at Wisconsin; vs. Michigan. If the Buckeyes start 4-0, and then beat the Spartans and Cornhuskers ? look out. A run at perfection may be possible, just like the 1993 Auburn team did under Terry Bowden when it was on probation.

Who do you think will be a dark horse in the fall? – Joey B

First, let me tell you who I think will be the favorites in each division. In the Legends, I like Michigan State and Michigan. In the Leaders, I like Wisconsin and Ohio State (which is on probation and can?t win the division or go to a bowl). So, having said that, everyone else is a dark horse, right?

Keep an eye on Nebraska in the Legends. If the passing of quarterback Taylor Martinez has improved-and the defense finds some playmakers-the Cornhuskers could shock by winning the division. In the Leaders, I really love what Penn State has on defense-especially along the front seven. The key for the Nittany Lions to make a run will be the offense. Is quarterback Matt McGloin capable of executing Bill O?Brien?s New England Patriot offense? Will some receivers step up for an attack that will feature more passes? If so, Penn State could-COULD–slip to the top of the heap in the Leaders.

What do you think of Jarrod Uthoff transferring from Wisconsin to Iowa? – Al

I was glad to hear he was headed back to his home state. I just wish things hadn?t gotten so public. Now, it seems like there will be pressure on Uthoff, given all the fuss over his move. Who doesn?t know about him and his ordeal? We all will be watching.

Big Ten players transferring within the league isn?t uncommon. I recall Brad Sellers (Wisconsin to Ohio State in 1983) and Sam Okey (Wisconsin to Iowa in 1998). And in football, who can forget Jeff George going from Purdue to Illinois after the 1986 season?

You always can get loans to cover the loss of a scholarship-but you can NEVER get a year of eligibility back.

Is there a quarterback who could surprise this season? – Ben

Big things are expected from Michigan?s Denard Robinson, but who else seems primed for a big season? I think Iowa?s James Vandenberg could have a great season and is the top passing quarterback in the Big Ten. Nebraska?s Taylor Martinez could be an all-conference signal-caller if his passing improves. Ohio State?s Braxton Miller may be the most talented of them all-but he must show a grasp of the Buckeyes? new spread scheme and also be more accurate.

And I can?t wait to see Michigan State?s Andrew Maxwell. He?s supposed to be a special talent who from a talent standpoint is on par with Kirk Cousins. There also is Wisconsin?s Danny O?Brien, a Maryland transfer who figures to hit the ground running in much the same fashion that Russell Wilson did last season after transferring from N.C. State to Wisconsin.

Bottom line: This could be a good year for quarterbacks in the Big Ten with all but three teams (Michigan State; Northwestern; Wisconsin) welcoming back their starter.

Should the Big Ten and the Pac-12 be thinking about adding the ACC to an all-conference sports partnership idea? Here are my thoughts…

Since the SEC/Big 12 bowl agreement was announced, the ACC has been left out as one of the top four conferences in the country. I think it would be in the best interest of the Big Ten and the Pac-12 to help the ACC remain a healthy and legitimate conference. If both the Big Ten and Pac-12 made similar partnerships with the ACC as they have with each other, then this would not only help support the ACC but also give them better leverage against the SEC/Big 12 partnership.

As I see it, the current four-team playoff idea that is being talked about is going to have to expand to an eight-team playoff. I just don't think that four teams is a good enough sample of talent across the country. Eventually, there are going to be teams that feel they should have been included in the playoff and feel as though they were muscled out by the top four major conferences. When that happens, the Big Ten and the Pac-12 could benefit from having a conference like the ACC in their corner when they begin to hammer out those details.

I just think it might be something to look at for the Big Ten and the Pac-12. The ACC is still a top-notch quality, education-based conference that has a lot to offer the Big Ten/Pac-12 partnership.

Am I crazy to think all of this? – Spencer

No, I don?t think you are crazy. You have a very well thought-out plan that does make some sense. I especially agree with your notion that we are headed for an eight-team playoff at some point. I just wish we were starting with one in 2014 and didn?t have to take six, seven, eight or so years to get there. Until then, we have two more years of the current BCS system.

As you have pointed out, battle lines have been drawn and camps have been chosen as plans for a playoff are being hammered out. And to align with the ACC would make some sense. There are like-minded academic institutions with lots of tradition, resources and fans that would encompass a new region of the nation.

Some sort of playoff resolution figures to come this summer. It will have to come before the fall, when negotiations for the next round of TV contracts commence.

Stay tuned. This is going to be interesting.