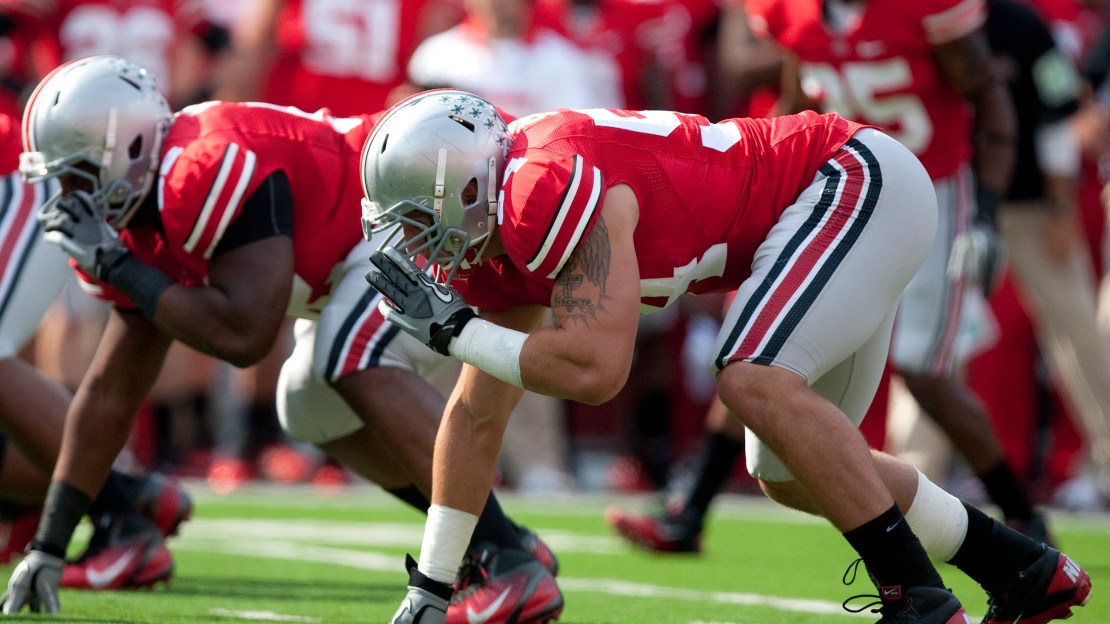 Yesterday, BTN.com senior writer Tom Dienhart and BTN.com web editor Brent Yarina hit email to debate the 2012 Big Ten interception leader, the ninth in our series of Big Ten statistical predictions. Up next: Sacks. Who will lead the Big Ten in 2012? See Tom and Brent?s email thread in this post and vote for your leader, too.

Brent: A season ago, Illinois' Whitney Mercilus came out of nowhere to lead the nation in sacks (16). While former teammate Michael Buchanan is more of a known commodity entering the fall, what with his 7.5 sacks last season, he has the tools — not to mention size: 6-6, 240 pounds — to become the Big Ten's best pass rusher. Things will be a lot tougher without Mercilus around, so a lot of Buchanan's success could come down to how Justin Staples develops on the other side. But with Akeem Spence in the middle, I'm confident the Illini will have enough talent to keep opponent's honest. And no, I'm not concerned about his recent injury.

@BTNBrentYarina I vote for Kawaan Short since he cannot be stopped. It's elementary.

Tom: How can you not like Ohio State?s John Simon, who plays like his hair is on fire? The 6-2, 260-pound Simon has been described by Urban Meyer as being ?Tebow-ish? in his desire and work ethic. Good enough for me. I expect Simon to have a huge senior season after eschewing a chance to turn pro. Double-team, triple-team ? it won?t matter with the relentless and super-strong Simon, who will get to the quarterback.

Brent: Simon is a beast, no doubt, and he is poised to have a big year. What about a possible dark horse for this category? I have to go with Nebraska's Cameron Meredith, who had five sacks a season ago. He's a big boy, and he'll be responsible for picking up the slack now that Lavonte David and Jared Crick are gone.

Tom: If you are looking for a dark horse, check out 6-5, 264-pound Purdue end Ryan Russell. The sophomore is primed to take that proverbial next step in his development as the Boilermakers? next great pass rusher, joining like the likes of Ryan Kerrigan, Shaun Phillips, Cliff Avril, Rob Ninkovich, Rosevelt Colvin, Anthony Spencer and Chike Okeafor. Russell has an explosive first step and refuses to be blocked.

@BTNBrentYarina The one and only Ryan Russell aka @RKRelentless because he has a year under his belt now and he's an unstoppable force!!!