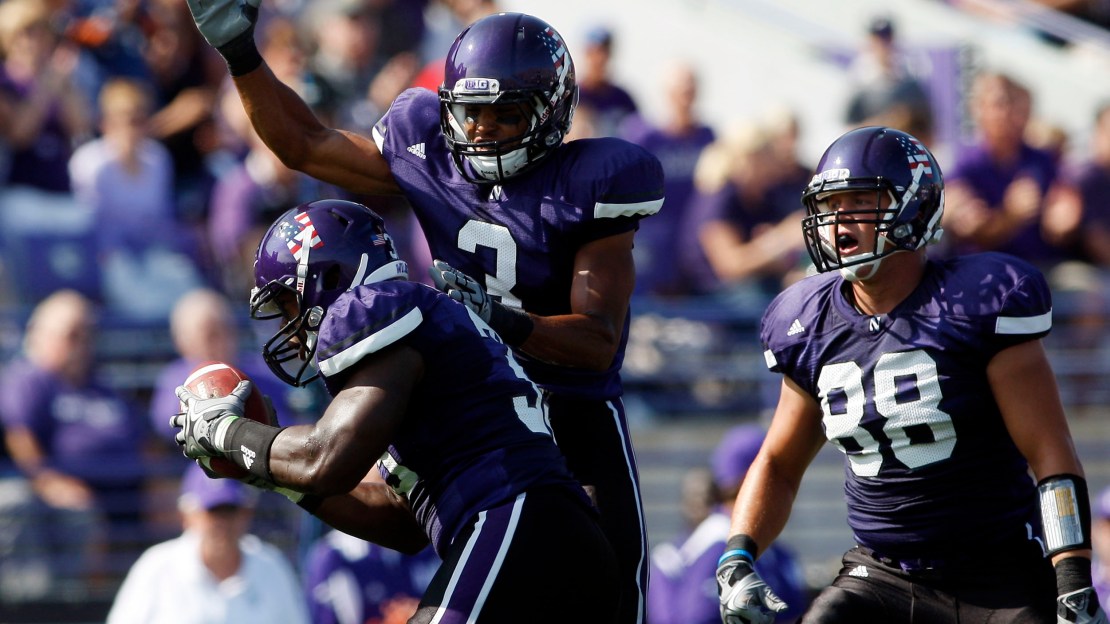 Northwestern is riding an unprecnedented wave of success that has seen the Wildcats go to a school-record four bowls (Alamo, Outback, TicketCity, Meineke Car Care) in a row. But to take the next step and become a contender in the rugged Legends Division, the Wildcats need to improve on defense under sage coordinator Mike Hankwitz.

The Northwestern defense struggled last season after entering 2011 with lots of optimism. The Wildcats failed to get penetration up front, which put too much pressure on the back seven. Northwestern ranked last in the conference in sacks per game (1.3) and 11th in tackles for loss per game (4.6).

Look for Northwestern to be more aggressive in 2012 in hopes of being more disruptive. The 64-year-old Hankwitz, who has coordinated defenses at Western Michigan, Colorado, Kansas, Texas A&M, Arizona and Wisconsin, has the athletes to do it, but be warned: This is a young defense that could be prone to mistakes. Still, if there are mistakes, at least they will be made out of aggression.

I caught up with Hankwitz to get his views on his 2012 defense.

Q: You had trouble getting a push up front on a consistent basis last year. How is the line coming together?
A: (End) Tyler Scott had an excellent spring. He was off to a great start last fall but then had a bad stinger and missed some time which set him back. But toward the end, he played like he had earlier in the year. We are excited about his progress. He is a heck of a football player.

The other end Quentin Williams has played a lot of football. We held him out this spring with a broken bone in his hand. That gave us a chance to work on depth.

Redshirt freshman Deonte Gibson had a heck of a spring and we are really excited about him. He has some pass-rush ability. He had a knee injury in high school and an operation, so he wasn?t cleared at the beginning off the fall and we didn?t get him back until late in the season. But he got a lot of reps in the spring and we are excited about him.

At tackle, we were excited last fall about Brian Arnfelt, and then he broke his foot. He wasn?t healing like we hoped and we didn?t get him back until late in the year. He?s our strongest d-lineman and gives us great size inside and strength in there. In the spring, he was back to what he had hoped.

Chance Carter and Will Hampton both had to play as redshirt freshmen last year. They did a good job in a baptism by fire. Sean McEvilly was in and out with some nicks last fall. He?s bigger and stronger and quicker. So, overall, we think we are building some depth at tackle.

Q: Are you going to do anything differently to get more pressure?
A: We worked on some things schematically to get more pressure on the quarterback in the spring. But we won?t make any major changes. We slowed down our teaching. We are doing a little less. When we have had veteran guys, we could go a little faster in our teaching and install and could a bit more in games. But we realized with youth and inexperience, we had to cut things down, which we did in the spring.

Q: How are you looking at linebacker?
A: We feel like we are improving. We have four guys back who played. David Nwabuisi has played Mike and Will. He really played well late in the year. Damien Proby was at Mike because he?s just a good football player and we wanted to get him on the field. It was a learning experience for him. Chi Chi Ariguzo and Collin Ellis got to play as redshirt freshmen. Ellis came back from an injury early last year and played well. He?s an aggressive, savvy player. He has a great future. Chi Chi is very athletic and was playing a lot until a broken collar bone late in the year that caused him to miss the bowl. Drew Smith was a true freshman last fall. He really impressed us with his aggressiveness and attitude. We worked him at Sam linebacker and liked him in the spring. We like his future.

So, we think we have five guys and depth. We will see if some of the new players can help us.

Q: You look more athletic in the secondary. Is that true?
A: Last year, we hurt ourselves with poor communication, mental mistake here and there and gave up too many big plays because of it. It was frustrating, but we made progress in the last five games. We played much better. There were times we played dang good defense but we weren?t consistent enough.

(Safety) Ibraheim Campbell had to step in as redshirt freshman last year. We have him back and more confident. He has ball skills and is an athlete. The other safety spot will have lots of competition. Jared Carpenter has started games, Hunter Bates has played a lot and Davion Fleming is in the mix. Redshirt freshman Jimmy Hall is one of our best athletes. We were impressed with his athletic ability, size and hitting ability. He just has to keep learning.

We will be young at corner with Jordan Mabin gone. We will have excellent completion. Redshirt freshman Nick VanHoose stood out the most. He made plays every day in the spring. Demetrius Dugar will compete as a senior, and C.J. Bryant is in there.

Q: Is this your most athletic defense?
A: We have recruited toward that and I think it?s starting to show up now. The biggest issue this year will be experience at some spots. We have a nice blend of experience and youth. We like our mix and think we have potential to become good.