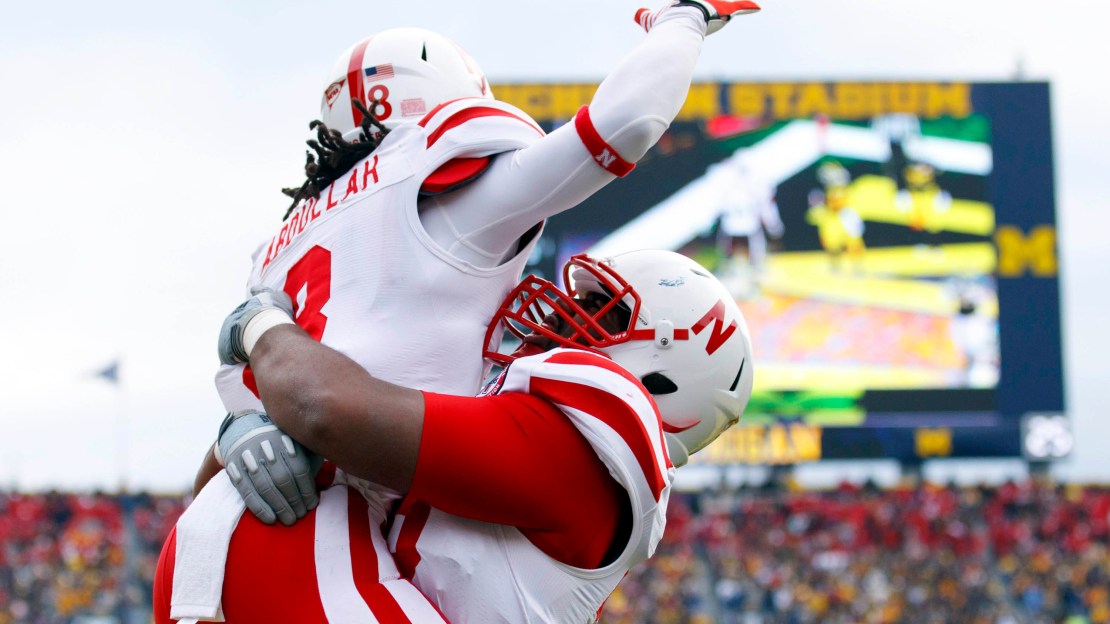 It?s the third component of every team. It?s also the most overlooked component. It?s special teams. And it?s often the difference between winning and losing. So, pay attention to these rankings, from 1 to 12, of the Big Ten special teams. Oh, and don?t forget about all of my 2012 unit rankings. Don't agree with the rankings? Feel free to leave your thoughts in the comment box at the bottom of the post or tweet me: @BTNTomDienhart.

1. Ohio State – The Buckeyes are set at kicker with Drew Basil, who was one of the Big Ten?s best in 2011 after hitting 16-of-19 field-goal attempts. His 84.2 percent success rate led Big Ten kickers. Basil is solid from 45 yards and in. Ben Buchanan is back after averaging 41.3 yards per punt last season. He had 27 punts inside the 20-yard line, sixth-best in the nation. Jordan Hall is a nifty return man on punts (5.8 ypr) and kickoffs (26.3 ypr). And there always is ample athletic ability to give the Buckeyes good coverage teams.

2. Nebraska – Brett Maher is one of the best in the business, pulling double-duty as a punter and kicker. He led the Big Ten with a 44.5-yard average on punts and also paced the conference with 19 field goals on 23 attempts. And he has a monster leg, hitting three-of-six from 50 yards or longer. Maher was the first Big Ten player named first-team all-league as a kicker and punter since 2001. Not bad for a walk-on. Ameer Abdullah is one of the Big Ten?s best at kickoff returns, averaging 29.4 yards last season with a touchdown.

3. Michigan State – The Spartans should be strong with the return of kicker Dan Conroy and punter Mike Sadler. Conroy connected on 17-of-23 field-goal attempts in 2011. He hit two big field goals in overtime in the Outback Bowl, and his range extends to 50 yards. As a freshman, the left-footed Sadler averaged 41.1 yards per boot. He had 41 percent of his punts land inside the 20-yard line. Keshawn Martin will be missed in the punt return game. But Nick Hill is back on kickoffs. He?s a quick, dynamic, up-the-field threat who averaged 26.3 yards per kickoff return as a freshman.

4. Northwestern – The staff likes Jeff Budzein, who is almost automatic from inside 40 yards. He hit six-of-10 field-goal attempts but lacks a monster leg. His only bad miss was from 26 yards. The punting needs to be better. Brandon Williams averaged 40.8 yards per boot and had just 14 kicks inside the 20 and only nine touchbacks. Northwestern allowed 11.4 yards per punt return, too. Not good. The Wildcats have a threat in the return game with Venric Mark, who averaged 15.9 yards on punt returns and 22.9 yards on kickoff returns. He can flip the field.

5. Minnesota – Dan Orseske is back to punt after averaging 37.9 yards per boot. The Gophers have two kickers in Jordan Wettstein (six-of-six on field goals last season) and Chris Hawthorne (six-of-nine). Each has range up to 50 yards. Troy Stoudermire, back after missing all but four games with injury in 2011, is the Big Ten?s all-time leader in kickoff return yards. But playmakers are needed in the return game.

6. Purdue – The Boilermakers will miss K Carson Wiggs, who seemingly had limitless range. True freshman Paul Griggs is expected to take over. Cody Webster is back to punt after splitting duties with Wiggs in 2011. Raheem Mostert was a revelation as a freshman, leading the nation with a 33.5-yard average on kickoff returns. He also ran back one kickoff for a touchdown. A punt returner is needed.

7. Penn State – The Nittany Lions have one of the best dual-threats in the nation in Anthony Fera. He ranked second in the Big Ten in punting with a 41.9-yard average. He had 18 fair catches, 12 touchbacks and 18 boots inside the 20-yard line. Fera also hit 14-of-17 field-goal attempts and has range to 45 yards. Justin Brown is solid on punt returns, averaging 8.2 yards last season. Keep an eye on Bill Belton, a speedy, elusive athlete who could make an impact on returns.

8. Wisconsin – The Badgers have to replace their kicker, punter and long snapper. Redshirt freshman Drew Meyer is slated to punt. Kyle French is supposed to kick. He saw some action last fall, appearing in seven games and hitting three-of-five field-goal attempts and 26-of-27 PATs. The return game is in much better shape. Jared Abbrederis is a standout on punt returns, pacing the Big Ten with a 15.8-yard average and scoring a touchdown. He also averaged 24.6 yards on kickoff returns.

9. Iowa – Michael Meyer is back after hitting 14-of-20 field-goal attempts, showing consistency. However, he lacks a big leg and his range is limited. The Hawkeyes will miss punter Eric Guthrie, who averaged 41.2 yards per boot in 2011. He had 22 fair catches and 20 punts downed inside the 20. Ex-quarterback John Wienke is taking over. He has a booming leg. The return game could use a boost. Where are the big plays? Micah Hyde averaged 8.2 yards on punt returns. Keenan Davis is one of several swift options on kickoff returns.

10. Michigan – Brendan Gibbons rebounded in a big way from a tough 2010. After hitting just one-of-five attempts the year before, Gibbons nailed 13-of-17 field-goal attempts in 2011. Don?t expect any monster kicks from Gibbons, but he looks like a reliable weapon inside 40 yards. The punting needs to be juiced up. Will Hagerup struggled with a 36.0-yard average and lost his job to Matt Wile, who averaged 41.6 yards. Who will win the job? The kickoff return game needs to get better. Speedy Justice Hayes takes over for Martavious Odoms. He could be a big-play weapon. Jeremy Gallon averaged 10.1 yards on punt returns. He could be a difference maker.

11. Indiana – Mitch Ewald has been one of the Hoosiers? more valuable weapons in recent years. He lacks a big leg but is almost automatic from inside 40 yards. Last season, Ewald connected on 13-of-16 field-goal attempts. Mitchell Voss, who began his career at Ferris State, will assume command at punter with Adam Pines gone following a mediocre season. Voss could be a weapon. Shane Wynn juiced up the return game in 2011, averaging 21.1 yards on kickoff returns and running one back for a touchdown. The punt return game needs more from Nick Stoner. The coverage teams need work, especially on kickoff returns (23.2 ypr).

12. Illinois –  Time and again under Ron Zook, this area was a major disappointment. And now, the Illini have to replace the lone bright spot: standout kicker Derek Dimke. Nick Immekus, a former walk on, will take over. He has a strong leg but has a lot to prove. It?s vital for Justin DuVernois to improve after averaging 38.3 yards per boot with 17 punts inside the 20 and just a scant three touchbacks. The kickoff return game? It was the worst in nation (15.7 ypr). Darius Millines and Miles Osei must pump up this unit to help the offense. The punt return game wasn?t much better. The longest return? Eleven yards. Terry Hawthorne will get a chance to use his considerable big-play skills.