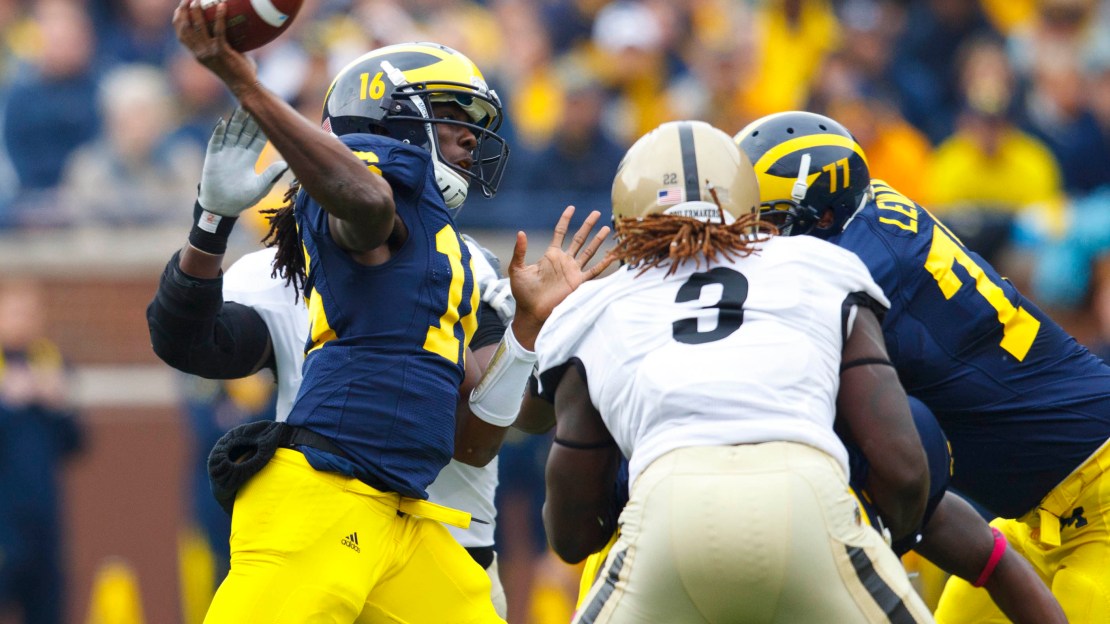 We're approaching the middle of June, so preseason Heisman Trophy candidates are being bandied about. Of course, right? One writer, Yahoo! Sports' Mike Huguenin, has a pair of Big Ten stars ranked in the top 3 of his preseason top 10 list. Any guesses on the players? That's right, Wisconsin's Montee Ball and Michigan's Denard Robinson.

Here's where Huguenin ranks the two and what he has to say about them:

"This will be the final go-round for one of the most exciting players to ever wear the maize-and-blue. Robinson has 8,160 yards of total offense and has been responsible for 75 TDs in his career. At times last season, he didn't look entirely comfortable in coordinator Al Borges' offense, yet he still was responsible for 36 touchdowns. "Shoelace" is at his best as an improviser, which means he is going to have perhaps the best highlight package of any player in the nation this season."

"Ball was a TD machine for the Badgers last season, scoring 33 rushing TDs and 39 overall; he also rushed for 1,923 yards and surprised a lot of folks by returning for his senior season. He again will have the privilege of running behind one of the nation's biggest - and best - offensive lines. A scary thought for opponents: Ball could have an even bigger role in the offense this season because of the loss of QB Russell Wilson."

Huguenin puts USC quarterback Matt Barkley at No. 1, and it's hard to argue with that assessment. Who's your preseason 2012 Heisman Trophy frontrunner? Let us know in the comment box below.