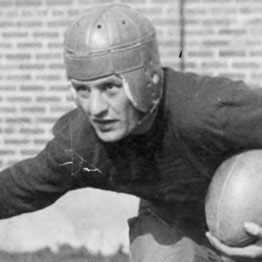 You may want to call in sick on Friday, or at the very least set your DVR to "record series" as BTN airs a marathon of "Big Ten Icons" shows. Those will also air on BTN2Go, as well, where they are also archived for viewing on demand.

In this post, we've laid out the the full schedule for Friday's lineup, as well as a video clip for each profile. And fans of the show may recall BTN.com special contributor Dan McGrath crafted a number of essays on each athlete. We present links to those for you in here, too.

11:00 a.m. – Jack Nicklaus: He played only two years of varsity golf at Ohio State, but Nicklaus offered enticing hints of what he eventually would become: the greatest player in the history of his game. Read the full feature story on Nicklaus.

12:30 p.m. – Dave Winfield: The multi-talented Dave Winfield took Minnesota to a third-place finish in the College World Series and won the MVP award but he was drafted by teams in three different pro sports leagues. Read the full feature story on Winfield.

1:00 p.m. – Otto Graham: Northwestern's Otto Graha.m. won eight varsity letters in three sports and made All-America in football and basketball on the way to the College and Pro Football halls of fame. Read the full feature story on Graham.

1:30 p.m. – Ron Dayne: Combining body-builder bulk with sprinter's speed, Wisconsin's Ron Dayne was the most prolific rusher in NCAA history piling up 6,397 yards and winning the Heisman Trophy in 1999. Read the full feature story on Dayne.

2:00 p.m. – Isiah Thomas: After being one of the most coveted high school players in the nation Isiah Thomas capped a remarkable career at Indiana with a title and 23 points in the National Championship game. Read the full feature story on Thomas.

2:30 p.m. – Rick Mount: Rick Mount finished his college career with 2,323 points and a 32.3 career average and Purdue went 56-20 with one Final Four trip in his three seasons. Read the full feature story on Mount.

3:30 p.m. – Nile Kinnick: Nile Kinnick won the Heisman, Maxwell and Walter Camp trophies and the Chicago Tribune Silver Football as Big Ten MVP. And the AP named him its Male Athlete of the Year, over Joe DiMaggio and Joe Louis. Read the full feature story on Kinnick.

4:00 p.m. – Dick Butkus: In the history of sport, it's doubtful there has ever been a more ideal melding of game, player and position than football, Dick Butkus and middle linebacker. Read the full feature story on Butkus.

5:00 p.m. – Archie Griffin: Ohio State has had bigger and faster backs than two-time Heisman winner Archie Griffin but in terms of sheer consistency and productivity, no one ever did it better than the 5-foot-8, 182-pound dynamo from Columbus. Read the full feature story on Griffin.

5:30 p.m. – Jesse Owens: In a sign of things to come on the world stage, Ohio State's Jesse Owens set three world records and tied a fourth within 45 minutes at the Big Ten meet in Ann Arbor in 1935. Read the full feature story on Owens.

6:00 p.m. – Magic Johnson: Magic Johnson professional exploits are legendary, but he stepped onto he national scene with 24 points and great defense as Michigan State won their first national championship in school history. Read the full feature story on Johnson.

6:30 p.m. – Red Grange: Illinois' Red Grange was such an electrifying performer that he helped college football take its place alongside baseball, boxing and horse racing as headline attractions in the Golden Age of Sport. Read the full feature story on Grange.

7:00 p.m. – Bo Schembechler: Schembechler had a 194-48-5 record in 21 seasons at Michigan & won or shared 13 Big Ten titles. He was named Big Ten Coach of the Year 7 times, never had a losing season, and every 4-year player during the his era left Ann Arbor with a Big Ten champion ring.