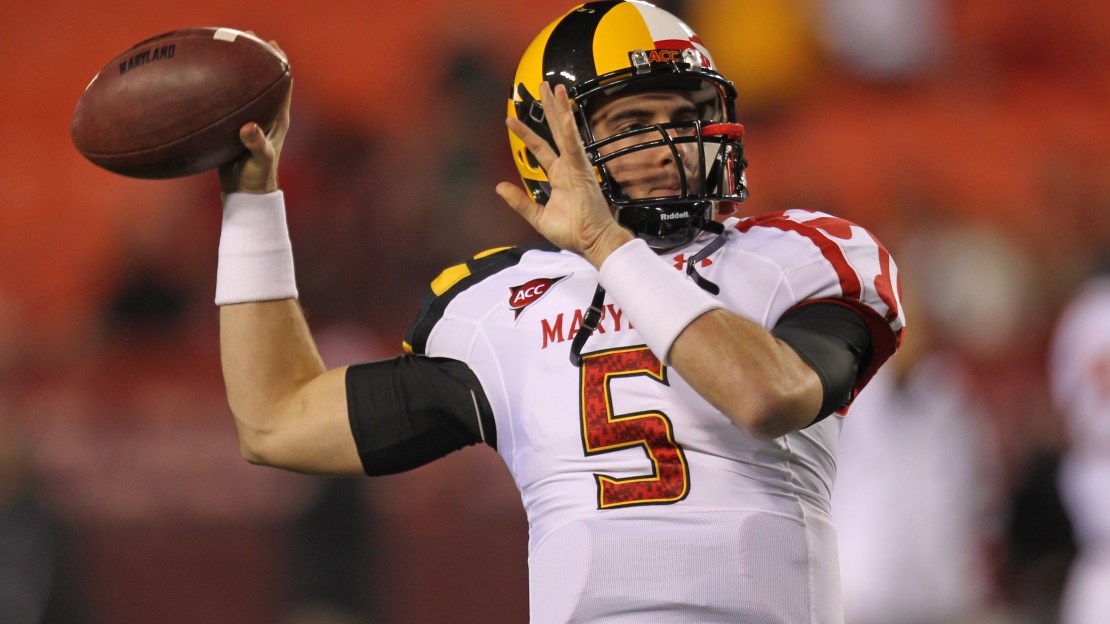 Yesterday, BTN.com senior writer Tom Dienhart and BTN.com web editor and blogger Brent Yarina hit email to debate the 2012 Big Ten passing yards leader, the second in our series of Big Ten statistical predictions. Up next: Passing TDs. Who will lead the Big Ten in 2012? See Tom and Brent's email thread in this post.

Brent: Three of last season?s top five touchdown throwers are gone, with James Vandenberg and Denard Robinson the lone returners. A couple days ago, I went with Vandenberg as the Big Ten passing yards leader, and for the same reasons, I think he?ll lead the Big Ten in scoring strikes. All-world wide receiver Marvin McNutt is gone, but Keenan Davis is ready to be the No. 1 guy, Kevonte Martin-Manley could develop into a reliable No. 2 and tight end C.J. Fiedorowicz has the makings of a red-zone beast. What do you think?

@BTNBrentYarina JVB…after slaying bears, slaying #B1G secondaries will be a piece of cake…

Tom: I like Wisconsin?s Danny O?Brien to lead the Big Ten in passing touchdowns, just like Russell Wilson did last year with 33 after transferring from N.C. State. I think the Badgers have an underrated receiving corps led by Jared Abbrederis and Jeff Duckworth, and they may have the Big Ten?s top tight end in Jacob Pedersen. Also helping O?Brien will be a strong ground game led by Montee Ball to distract attention from his aerial assault.

[Read all of Tom and Brent's 2012 Big Ten statistical predictions]

Brent: You're really high on O'Brien, and I completely see why. No Big Ten offense, of late, scores quite like the Badgers. And it's only a matter of time before O'Brien is named the starter — a move that will immediately boost his stock. Speaking of stocks (terrible transition, I know), I love Kain Colter's game and think he could be a huge dark horse in the touchdown passing race. He threw six last season on 82 attempts — a better rate than Dan Persa (17 TDs on 297 attempts). He will give defenses fits with his ability to scramble, which should allow him to find the open man.

@BTNBrentYarina Probably James Vandenberg, but Kain Colter is a good darkhorse candidate. Great WRs, and right offense to throw a lot of TDs

Tom: For my dark horse, I like Iowa?s James Vandenberg, who I think is the top passing quarterback in the Big Ten. He will have some nice targets, led by Keenan Davis and tight end C.J. Fiedorowicz. But if a complementary ground game fails to emerge, it could hinder Vandenberg?s passing.

Brent: The lack of a ground game could doom Vandenberg, no doubt. Picked as my passing yards and TD leader, though, I'm pretty confident he can overcome it. Heck, the worse the ground game is, the more Iowa turns to Vandenberg's arm, especially in the red zone.