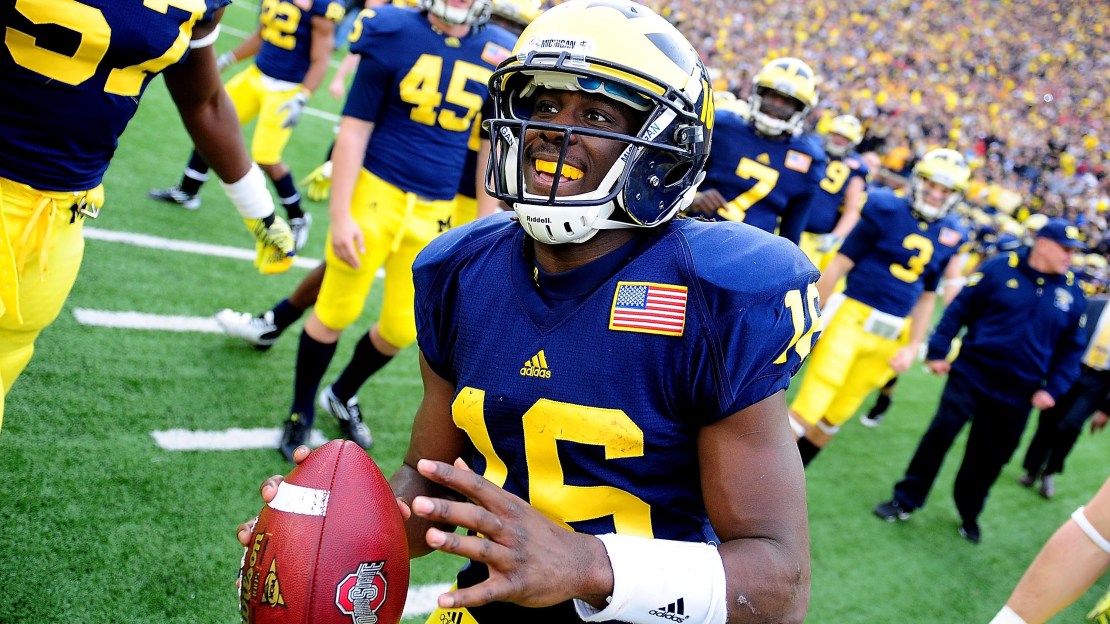 We are winding down my weekly looks at the 2012 Big Ten college football season with Week 12 of my 2012 schedule analysis. Read the rest of this post for my top expected stories, my game of the week, the best quarterback and coordinator matchups, as well as my upset alert and game rankings. Look back at my explorations of weeks 1, 2, 3, 4, 5, 6, 7, 8, 9, 10, and 11 right now.

Storylines: Welcome to the penultimate Saturday of the Big Ten season, as teams jockey for division titles, to enhance bowl prospects and to fight for bowl eligibility. It?s a great time of year. And all 12 teams are in action, with a great matchup to anchor this Saturday as Ohio State visits Wisconsin. ? Purdue has won six of the last seven meetings in the battle for the Cannon Trophy. More good news: The Boilers are 4-2 in their last six trips to Champaign with one of the losses coming in overtime. ? Michigan State has won four in a row and five of the last six in the series vs. Northwestern. ? Iowa was one of just two teams to beat Michigan last season, taking an exciting 24-16 win in Iowa City with the Wolverines having four shots at the potential game-tying touchdown with 16 seconds remaining and three yards to go. Iowa held on. The Hawkeyes have won three in a row over the Wolverines, the longest winning skein Iowa ever has enjoyed over Michigan. ? Penn State is 15-0 all-time vs. Indiana.

Game of the week: Ohio State at Wisconsin. The Badgers may be favored in all of their games in 2012. Really. But keep an eye on the Buckeyes when they visit Mad Town. Ohio State notched a stunning 33-29 triumph over Wisconsin last season in the Horseshoe, when Braxton Miller hit Devin Smith with a 40-yard scoring pass with 20 seconds remaining in the game. This figures to be a de facto Leaders Division title game, but the Buckeyes aren?t eligible to win the league title or go to a bowl. Still, it will be a tremendous tilt. For you history buffs: Ohio State has won four of the last five meetings, and is 4-2-1 in its last seven trips to Madison.

Quarterback matchup to watch: Can?t wait to watch Iowa?s James Vandenberg take on Michigan?s Denard Robinson in a battle between the Big Ten?s top passing signal-caller and the conference?s top rushing quarterback. It will be a great contrast in styles. Whose can impose their will on the other? The winner may end up being named first-team All-Big Ten.

Coordinator matchup to watch: How about Wisconsin offensive coordinator Matt Canada vs. Ohio State defensive coordinator Luke Fickell? This could be an epic encounter between two bright minds. Canada will come after Fickell with perhaps the most balanced-and deadly-attack in the Big Ten. But Fickell may have the top defense in the conference led by the Big Ten?s best line. This is going to be fun.

Upset alert: Could Minnesota somehow, some way win at Nebraska? The last time the Golden Gophers visited Lincoln was 1990, and they got trounced, 56-0. In fact, Minnesota has scored a combined 14 points in its last six trips to Nebraska while suffering four shutouts. That?s not good. But Jerry Kill is slowly but surely building Minnesota. By this time of the season, the Gophers may be playing well. But so may Nebraska.