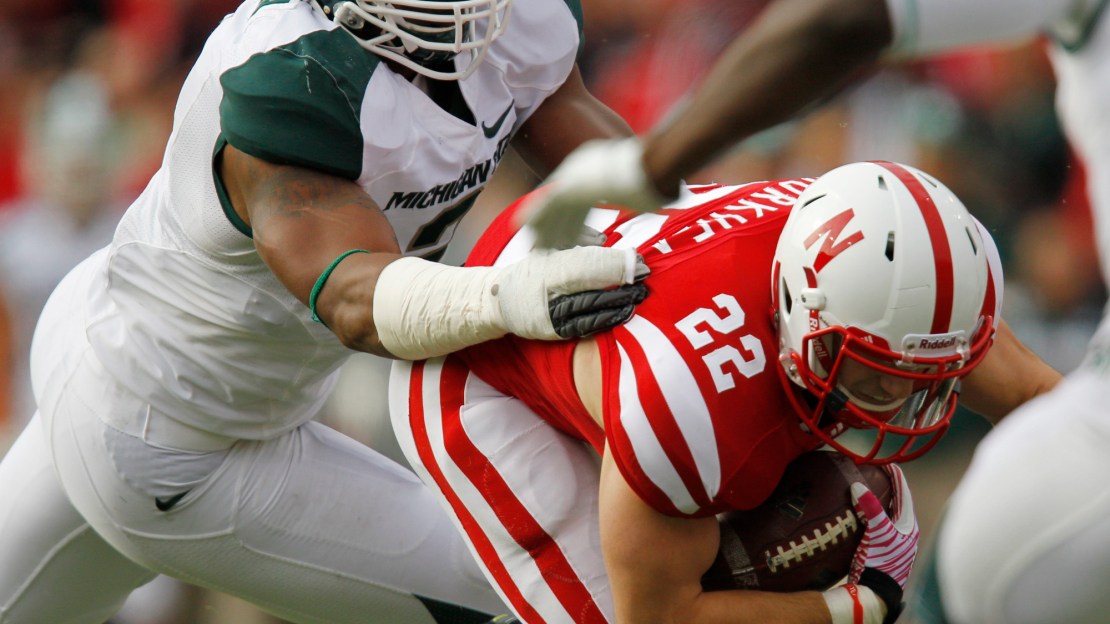 Another day, another opportunity to look ahead to the 2012 college football season. Today, I continue to explore each week of the Big Ten campaign with a detailed look at Week 10. Be sure to catch these games: Nebraska at Michigan State and Penn State at Purdue. Don't remember what happened the last time the Huskers and Spartans battled? Watch the highlights now. Oh, and don't forget to look back at my first nine weekly schedule previews. Find Week 10 in this post.

Storylines: This is a decent week headlined by Nebraska?s visit to Michigan State. If Michigan State wants to repeat as Legends Division champs, it needs to protect its home field-and that will mean defeating Nebraska. The Cornhuskers sat on the Spartans like no other team did in 2011, limiting Michigan State to 187 yards (86 passing) in a 24-3 pasting. The Spartans will be revenge-minded-but they will be coming off what figures to be tough back-to-back games on the road at Michigan and at Wisconsin. ? Michigan will be coming off a game at Nebraska when it rolls into Minnesota for the battle of the iconic Little Brown Jug. But know this: The Gophers have beaten the Wolverines just one time (2005) since 1986. Still, you never know. ? Penn State has won five in a row over Purdue. In fact, since joining the Big Ten, the Nittany Lions are 11-2 vs. the Boilermakers, with a 5-1 mark in Ross-Ade Stadium. ? Ohio State has won the last four vs. Illinois, dating to the Fighting Illini?s stunning 28-21 triumph over the No. 1 Buckeyes in Columbus in 2007 on their way to a Rose Bowl berth. ? Northwestern and Wisconsin are off.

Game of the week: The Cornhuskers? visit to Michigan State could be a de facto Legends Division title game. The last time Nebraska invaded East Lansing was 1995, when it posted a 50-10 thumping en route to the national championship. Nebraska mugged the Spartans like no other team in 2011, rationing Michigan State 187 yards (86 passing) in a 24-3 whipping. Good news for Nebraska: The Spartans will be coming off back-to-back games on the road at Michigan and at Wisconsin when the Huskers wade into East Lansing.

Quarterback matchup to watch: The tussle between Illinois? Nathan Scheelhaase and Ohio State?s Braxton Miller is underrated-and good. Each quarterback is a dual threat capable of beating foes with their feet and arms. And each is working in a new offense this season under a new coach. Which one will limit mistakes and make a few big plays in the passing game?

Coordinator matchup to watch: Sit back and watch Nebraska offensive coordinator Tim Beck take on Michigan State defensive coordinator Pat Narduzzi. Each is blue collar, having grown up in Youngstown, Ohio, home of the Stoops brothers and Bo Pelini. Beck attended Cardinal Mooney High, while Narduzzi went to Ursuline High. There will be more pressure on Beck to get his offense on track vs. a Narduzzi-led defense that may be the best in the Big Ten.

Upset alert: If the Hawkeyes haven?t answered questions at running back and on the defensive line by the time they come to Indiana, they could leave as losers. Iowa has won the last four meetings, dating to a 38-20 loss in 2007. Still, Kevin Wilson?s Hoosier team is getting better and could be dangerous in Bloomington.