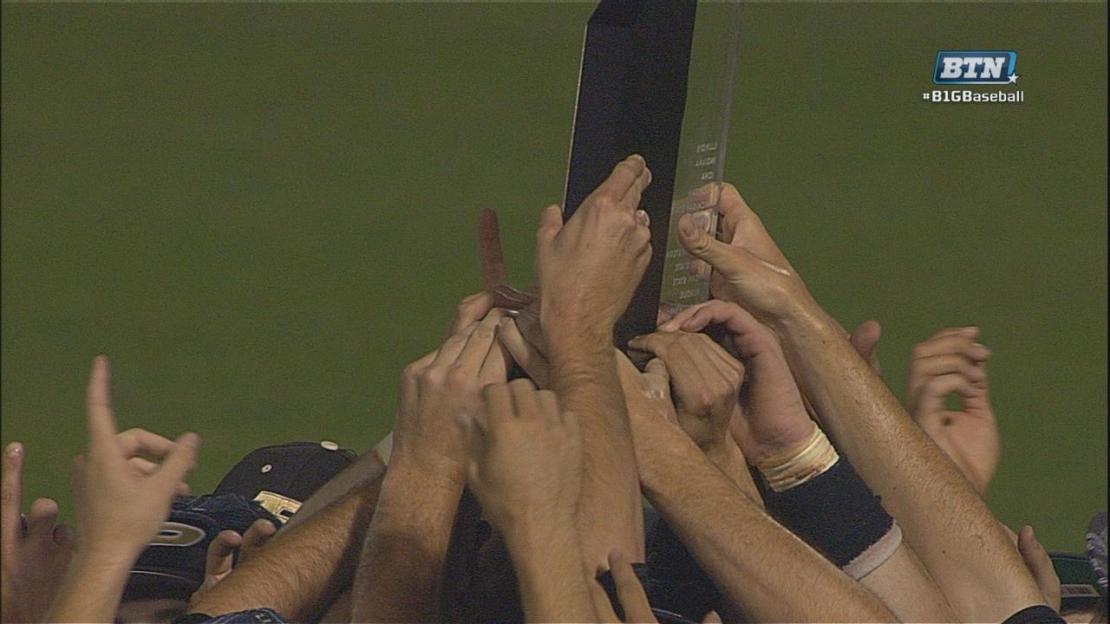 Andrew Dixon scored the tie-breaking run on a wild play in the ninth inning and Nick Wittgren closed the game out with a 1-2-3 bottom of the frame, as No. 15 Purdue baseball won its first Big Ten Tournament title with a 6-5 win against Indiana on Saturday evening at Huntington Park. With the win, the Boilermakers earned the Big Ten's automatic bid to the NCAA tournament. Purdue, which also won the Big Ten regular-season title, went 3-0 en route to claiming the tournament crown. Two of the wins came against Indiana, which it beat 3-0 on Friday night.

Indiana Baseball (32-28) scratched and clawed its way through 20 innings in the sweltering heat of 90-degree weather on Saturday. The Hoosiers began the seven-hour trudge by pulling out all the tricks in an 11-inning win over Michigan State (37-21) to advance to the Big Ten Tournament title game against #18 Purdue (44-12); coming up one more short in the bottom of the ninth.

Watch all of our video from the Indiana-Purdue game: