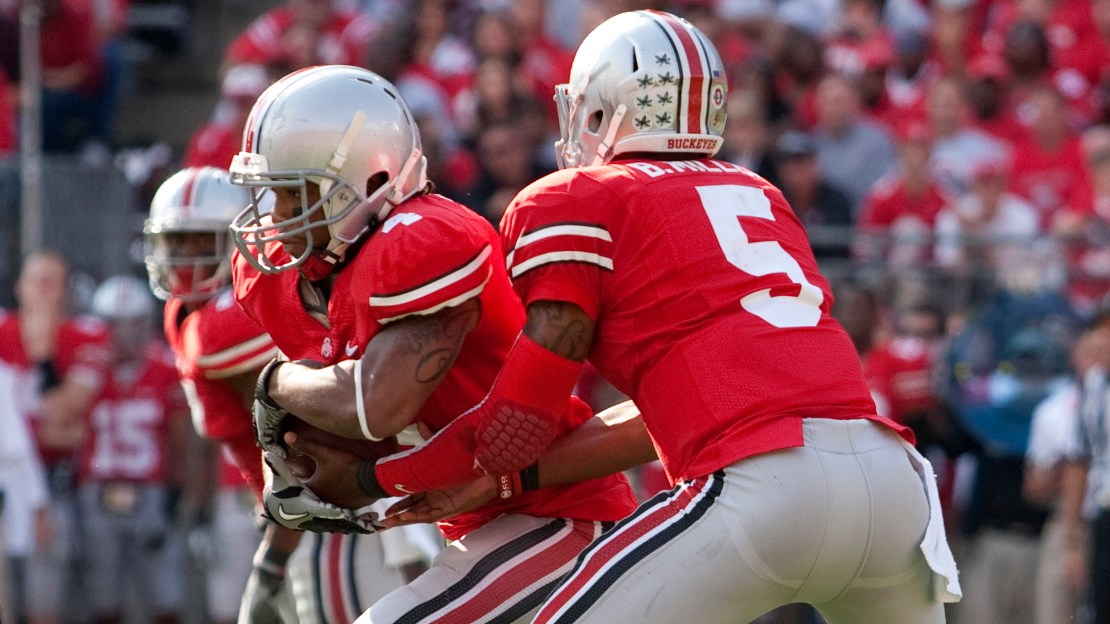 A GEOGRAPHIC APPROACH: Should the Big Ten switch to geographical divisions? It?s a question that Pat Harty of the Iowa City Press-Citizen recently asked after the Big Ten announced its 2015-16 football schedules that include some quirks.

Harty is hacked off by the fact Iowa and Wisconsin don?t play annually. He?s also miffed that Iowa and Illinois won?t play for six consecutive seasons and that Iowa and Purdue is a protected rivalry.

Hard to argue with any of the points of Harty, who claims the Big Ten set up its Legends and Leaders format so that Ohio State and Michigan wouldn?t be in the same division. He also asserts the league didn?t want those two powers in the same division with Penn State, which would seemingly create an imbalance of power between divisions.

Harty?s proposal: Divide the schools at the Illinois-Indiana border and call them the East and West Divisions. Brilliantly simplistic. And from an ?it makes sense? standpoint, it?s a home run.

So, under Harty?s proposal, divisions would look thusly:

No doubt, the East would be LOADED. Could the West ever match up? What do you think?

ESPN.com polled readers, asking them for the most disliked Big Ten coaches. And, yes, Dantonio was on the list along with Wisconsin?s Bret Bielema and Ohio State?s Urban Meyer.

Notice something about those three? You know, they all are highly successful? It seems winning big makes you unpopular. I bet every coach in the league wishes he was in this holy trinity of hatred.

SPECIAL CLARK: While we?re on the subject of Iowa, is Dallas Clark the best story ever from the Kirk Ferentz era? I say, ?yes.? I wish every question in life was this easy.

MONEY TO SPEND: How will Purdue spend a $2 million donation for its football program?

A.D. Morgan Burke has some ideas, including the razing of bleachers in the south end zone along with the installation of a new scoreboard on the site. Removal of the bleachers would reduce the capacity of Ross-Ade Stadium to around 56,500. The stadium currently holds 62,500.

Bolden back on campus: UNIVERSITY PARK — Rob Bolden has not asked for a release from his Penn S… http://t.co/3AfHqDRs #pennstate #ncaa

My take: Good to see that Bolden will stick it out and continue to battle Matt McGloin and Paul Jones for the quarterback job. Bolden has shown potential at times, but inconsistency has dogged him. He has seven touchdowns and 14 interceptions in his career. Bolden was especially dreadful in Penn State?s bowl game loss to Houston after last season, hitting just 7-of-26 passes with three interceptions. He completed just 39.3 percent of his passes in 2011 as a sophomore with two touchdowns and seven picks.

These Big Ten Network financial figures must look good to SEC, which is reportedly seeking to start its own network http://t.co/pZZbJHBw

My take: This seems like a no-brainer for the SEC, whose own TV network likely would generate revenue on par with the Big Ten Network. Hey, it?s all about generating funds in this day and age. And nothing churns out moolah at a bigger and faster rate than TV. So, it looks like the Big Ten and SEC may soon have something else to compete over.

My take: I hate to leave you all on a down note, but here it is. The former Northwestern quarterback is one of the sport?s good guys. And, we all like to see good guy?s succeed. Persa surely will in the business world. But it would have been fun to have seen him get a crack at succeeding in the NFL.