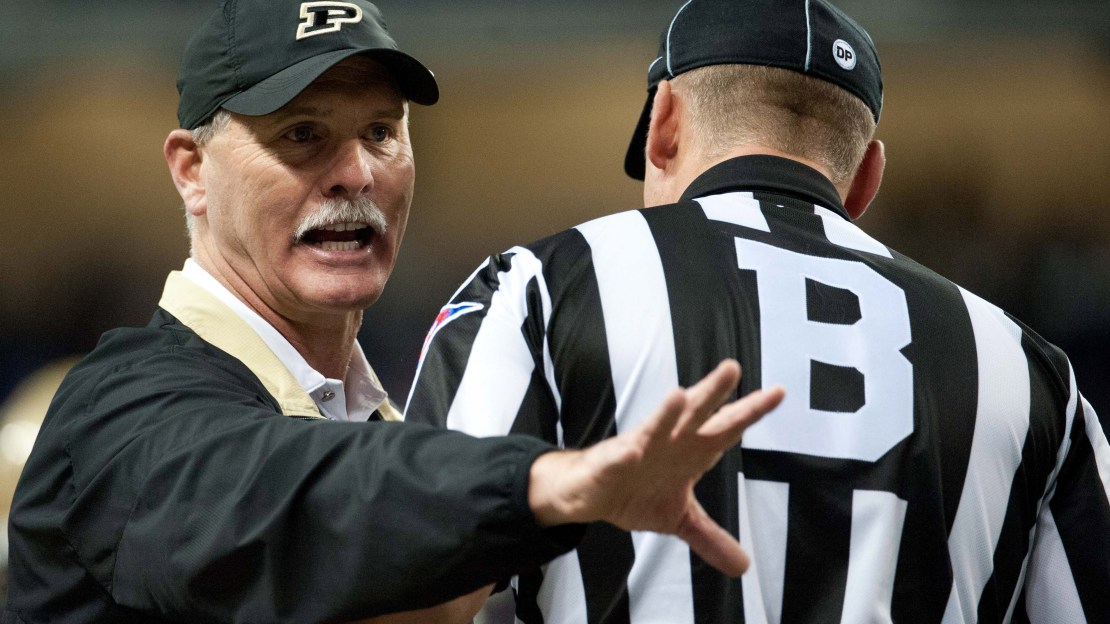 The Big Ten announced its conference football schedules for the 2015-16 seasons. And the reactions in some precincts were interesting, which makes for a good jumping off point for Tuesday?s Big Ten grid links.

OFF THE SCHEDULE: Ohio State and Nebraska will take a four-year hiatus.

This isn?t good. Both programs rate as among the best in the nation, with each being part of what I call the ?Big Ten?s Big Four:? Michigan, Ohio State, Nebraska, Penn State. Not having the Buckeyes and Cornhuskers meet for that long is-well-it?s a travesty.

WILDCATS MISS POWERS: Northwestern appears to have caught a break, as the Wildcats won?t play Ohio State, Penn State or Wisconsin in those years. Willie the Wildcats thanks the Big Ten football scheduling gods.

ALL ABOUT PURDUE: Ten things all Boilermaker fans need to know about their future schedules are right here.

MONEY, MONEY, MONEY: Any scheduling woes have to be softened by recent news that each Big Ten school will receive nearly $25 million in shared revenue from the conference next season, which is almost $2 million more than last year.

Money is good, right? And, when it comes to loot, no one does it better than the Big Ten.

This piece is filled with some gem quotes, like this beaut from ex-Michigan center Steve Everitt:

?They're stuck with that quarterback (sophomore Braxton Miller) for the next two or three years, that's fine with me. He throws worse than (Tim) Tebow."

Oh, man: This rivalry is gonna be even more fun!

BENCH NO. 3: Incoming Penn State freshman quarterback Steven Bench is poised to pounce on the No. 3 job.

Why not? Yes, Matt McGloin is expected to be named the starter. Especially now that word is Rob Bolden is looking to transfer. The off-shoot of that: Paul Jones is the likely No. 2 man. That would leave Bench, who is expected to arrive in late June, for the third-string job.

Mattison: The kind of defense we are in 2012 will be a reflection of the year 5th-Sr. MLB Kenny Demens has.

My take: No doubt, Demens is vital. But I also think big tackle William Campbell also is a huge key to any success Michigan?s defense will enjoy in 2012. He must be a force up front, tying up blockers and making plays with Mike Martin gone.

My take: This is an interesting take. But I like the idea of these rivals meeting in a dramatic kickoff to the Big Ten schedule for each. It will serve as a nice table-setter and litmus test for each as it wades deep into league action.

My take: I hope this isn?t a surprise to anybody.