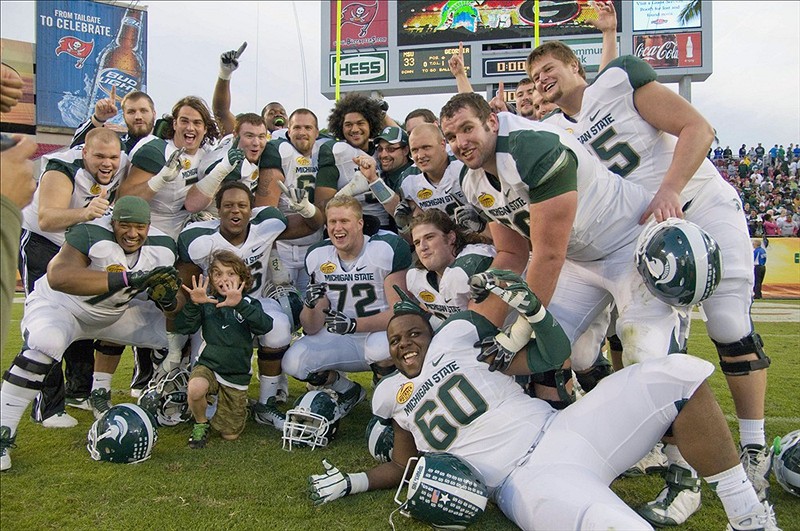 How could potential costs come into play when officials discuss a college football playoff? What about the idea of home games for potential playoff qualifiers? Could there be more conference expansion coming? These are the questions that came into our BTN reader mailbox this week.

You?ve got questions, and I?ve got answers in this week's mail bag. The top topic? The discussion of a college football postseason. Big surprise, huh? Remember that I'm on Twitter and Facebook, too.

When it comes to a playoff, do potential costs – especially during the holiday season – enter into the minds of college football decision makers? Parents of student-athletes, alumni, fans and especially students may have to travel three weekends. Is it just about maximizing profits?- Stephanie

I agree with you. I don?t like using the bowls as sites for national semifinal games. I think they should be played on the campus of the higher-seeded team-for competitive and economic reasons. As you point out, a Big Ten fan would have to travel to Indianapolis for the Big Ten title game; travel to Los Angeles for the national semifinal game; travel to the national title game. That?s a lot of time and money for a fan to dish out. Plus, by not playing the semifinal games on campus, the Big Ten would be forfeiting home-field advantage. And it would take away a significant economic impact on campus towns, too.

Why overcomplicate things? Why can't college football just follow the NFL and have home games for the semifinals (which would be an incentive to win in the regular season)? Isn't the NFL more popular in the U.S. (therefore college football should copy its playoffs)? – Ben

Are you a mind-reader? I couldn?t have written it any better, Ben! You are the early leader for Letter Writer of the Year. Well done! Well said!

With Florida State considering looking into joining the Big 12, would it be wise for the Big Ten to offer Notre Dame again or go after other schools like Georgia Tech? – Josh

Uh-oh, here we go again. Look, the Big Ten is NOT expanding-at least for now. I sat right next to Commissioner Delany last fall-and he basically said as much. Just because other leagues are expanding or adding teams-ACC, Big 12, SEC-the Big Ten won?t follow along like a lap dog to just expand because ?everyone else is doing it.? Delany always emphasizes the Big Ten will only add a school that makes sense. Would Notre Dame make sense? No doubt, but the Irish already have told the Big Ten ?no? twice.

I am intrigued by Georgia Tech being a target. The same goes for Maryland. Each is a good academic school. And each would expand the Big Ten into new, heavily-populated regions which would benefit the footprint of the already successful and profitable Big Ten Network.

There are so many moving parts on the conference landscape as I type this. Again, Delany will continue to monitor the situation. I guarantee you that. But he won?t act hastily-if he acts at all.

As you said, a ban on all social media would be one way to prevent the situation that took place recently with an Ohio State football recruit. And I know some football coaches ban their players from being on Twitter.

As for monitoring what goes on at parties, restaurants and bars, there is NOTHING that schools and the NCAA can do. I?m sure coaches could ban players from going to certain bars, etc., which they do. But, still, you can?t keep track of everything as coach/school/NCAA. There comes a point in time where as young adults, they have to learn to exercise good judgment. And, when something happens outside of their control-like with the OSU kid-you understand the context of the situation and try to use it as an educational situation.

What do you think of the proposal to have teams win at least seven games to qualify for a bowl instead of just six? – Joey

I like it a lot. With a seven-win minimum, it may force some of these lower-level bowls to mercifully vanish from what has become a postseason bloated by 35 bowls. By my count, there were 14 schools that received bowl bids after last season with six wins:

That?s 14 of a possible 70 bowl spots last season-or seven bowls worth of six-win teams. So, a seven-win minimum theoretically could reduce the postseason to 28 bowls last season. It?s a start. But to me, that?s probably still too many. Going to a bowl is supposed to be a reward for a good season. Is going 7-5 really that heroic of an accomplishment? You could go 4-0 vs. a soft non-conference schedule and then 3-5 in league play and still go to a bowl. Does that seem right? Heck, let?s scrap the bowls and just let every school schedule a 13th game.