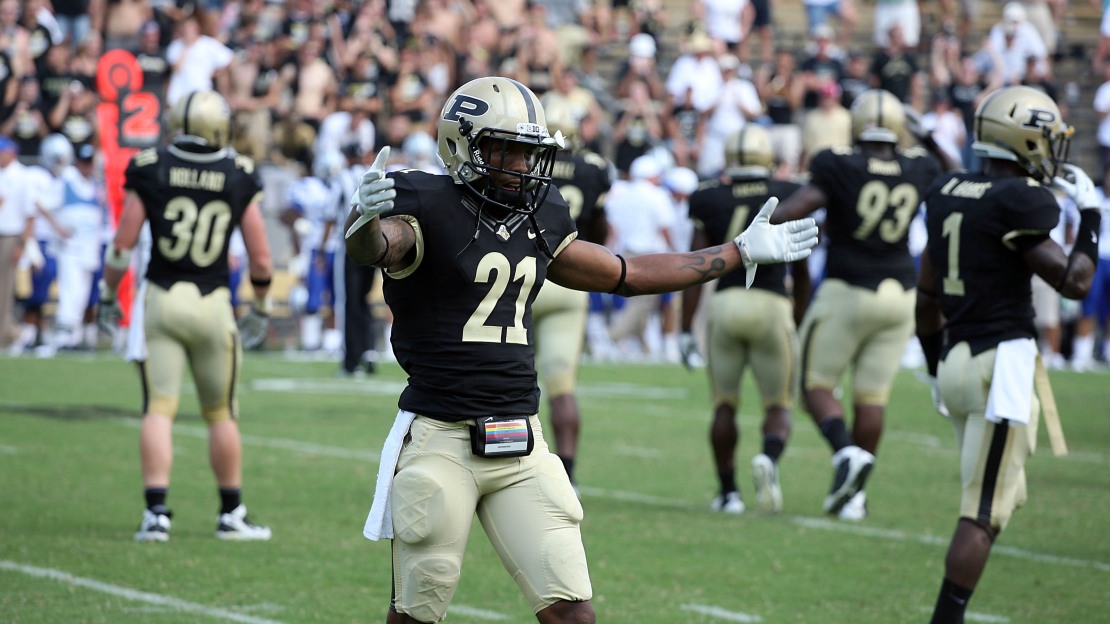 Next up in my schedule analysis series: Purdue. What will be the Boilermakers' toughest non-conference and conference games? Where is the schedule seemingly easiest, and then when does it get really rugged? Go ahead and guess which game I call their ?must win? game, then read the rest of this post and see what I picked. You can find all of my Big Ten schedule analysis posts here. All of the teams are included except for Wisconsin, which you can look for Thursday.

Toughest non-conference game: Let?s just say that the trip to Notre Dame on Sept. 8 will be, ahem, daunting. Yes, the Fighting Irish haven?t been a dominant program of late, but don?t tell that to Purdue. ND has won four in a row and six of the last seven vs. the Boilermakers, who haven?t left South Bend with a smile since 2004. Before that, Purdue hadn?t won under the Golden Dome since 1974.

Toughest Big Ten game: Getting a win at Ohio State on Oct. 20 will be a challenge. While the Boilers have had success of late vs. the Buckeyes in West Lafayette, winning in 2000, 2004, 2009 and 2011, Purdue hasn?t won in the Horseshoe since ex-Buckeye coach John Cooper?s debut season in 1988. The Boilers came close in 2003, falling 16-13 in overtime with what may have been Joe Tiller?s finest team.

Who they don?t play: Michigan State, Nebraska, Northwestern. The Boilermakers get a break not playing the Spartans, which may be the best team in the Big Ten. And the Cornhuskers always are a difficult out. Heck, even missing the Wildcats is a good thing when you consider Purdue has lost two of the last three meetings–and four of the last seven-vs. Northwestern.

Easiest game: It figures to be the season opener on Sept. 1 vs. FCS Eastern Kentucky, which just happens to be the alma mater and former employer of Purdue coach Danny Hope. Still, never underestimate the Colonels, who traditionally have a strong program playing in the Ohio Valley Conference.

Rugged stretch: Purdue dives right into the deep end when Big Ten play starts, opening at home vs. Michigan on Oct. 6 and Wisconsin on Oct. 13 before then playing at Ohio State on Oct. 20. There also is a five-game stretch from Oct. 20-Nov. 17 when the Boilers play four road games.

Best chance to be upset: Truthfully, Purdue could lose any of its games. But let?s circle Indiana?s season-ending visit on Nov. 24 in the annual battle for the Old Oaken Bucket. The last time the Hoosiers visited Ross-Ade Stadium in 2010, they left with a 34-31 overtime victory and the coveted Bucket. It was Indiana?s first win in West Lafayette since 1996. Could lightning strike again in a rivalry that the Boilermakers have thoroughly dominated?

Best chance to pull an upset: This is something Hope has been good at, dumping Ohio State twice and winning at Michigan in 2009, 38-36, for Purdue?s first triumph in the Big House since 1966. Hope may have some more ?Spoilermaker? magic when the Wolverines visit for the Big Ten opener Oct. 6. The Michigan offense isn?t overly physical, which will help Purdue. And the Wolverine defense is in transition-another bonus for Purdue. For what it is worth, the Boilermakers also ambushed Michigan in Ross-Ade in 2008, taking a wild 48-42 victory.

Must win: To reach the postseason for a second season in a row, Purdue will need to win at least one game on the road. And that must come at Minnesota (Oct. 27) or at Illinois (Nov. 17). Winning in Champaign might be more important, since that is a division game. The good news for the Boilermakers: The Fighting Illini are breaking in a new coach in Tim Beckman. And Purdue has won six of the last seven meetings in the battle for the Cannon Trophy. More good news: The Boilers are 4-2 in their last six trips to Champaign with one of the losses coming in overtime.

Bye week: Sept. 22. This is too early in the season, coming after only three games. Of course, that means Purdue will finish the season by playing nine games in succession.-which can be good or bad, depending on how the season is going.