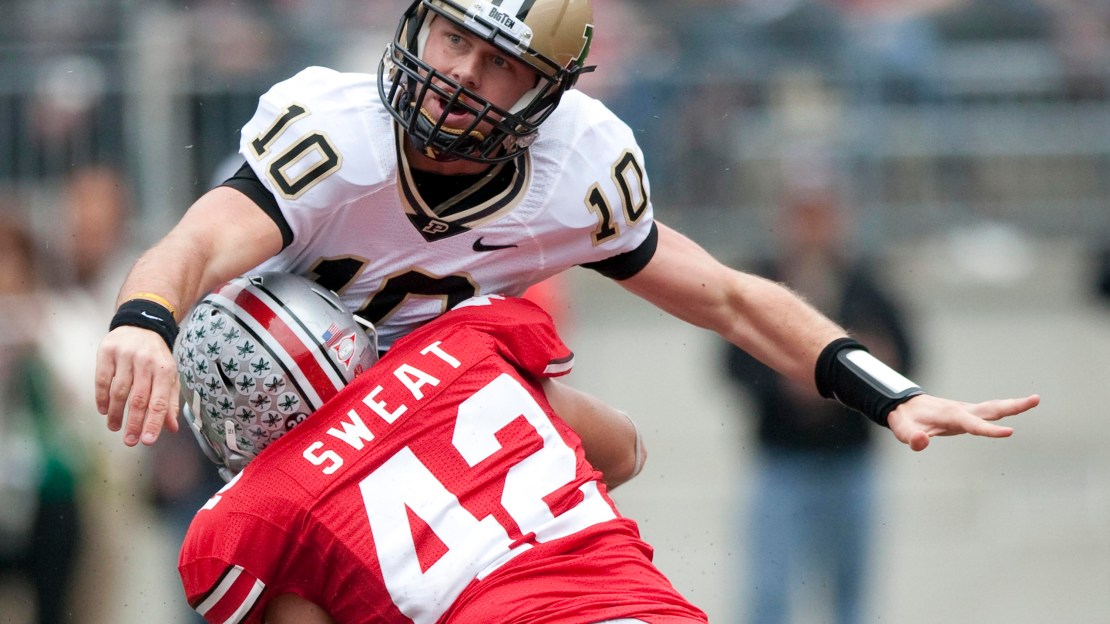 Would you turn down a possible six-figure salary? Former Ohio State linebacker Andrew Sweat is doing just that. Sweat, who had a chance to make the Cleveland Browns roster as an undrafted rookie, recently announced he will give up football to attend law school. The linebacker referenced concussion symptoms for his decision and tweeted "Health trumps football any day." As a senior in 2011, Sweat tallied 72 tackles, five tackles for loss, one interception and one forced fumble.

A lot of people think Sweat is taking a big risk here, but he has a pretty nice set-up. His father, Gary, heads up a law firm. Even better, Gary parlayed a football career at Syracuse into a successful law gig, so it's been done before.

Sweat dealt with depression for 3 months and it scared him. He said he's a positive person and couldn't figure out why he felt that way