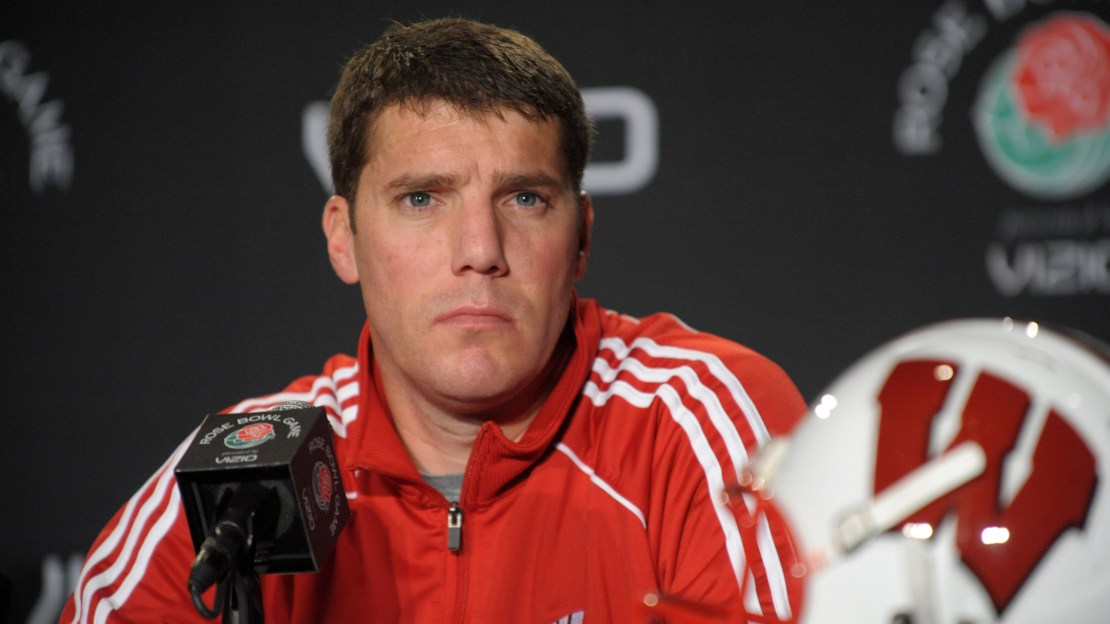 When you think of Wisconsin, offense usually comes to mind. Big, tough physical lines blocking for a strong running game. But the Wisconsin defense deserves credit for the program?s consecutive Rose Bowl appearances. The Badgers had the Big Ten?s No. 3 defense (316.4 ypg) in 2011 and allowed just 19 points per game (13th in the nation). I talked with co-defensive coordinator Chris Ash-who is in his second as co-coordinator working in concert with Charlie Partridge–to get his breakdown of the Badger defense. See the Q&A in this post.

Q: How is the unit coming together?
A: When you look on paper and see we only have five or six starters back on defense. Well, that is inaccurate. We will have 11 guys who we can put on the field who have started at Wisconsin at some point. They have started multiple games and have quite a bit of experience. So we feel pretty good about where we are at with our starting 11.

Q: How does the secondary look:
A: We are happy in terms of identifying who our potential starters may be. There may be some questions in the two-deeps, but we feel good about who are four starters will be. Shelton Johnson would be our starting strong safety. He played for us last year. Dezmen Southward is at free safety. He started a couple games last year including the Rose Bowl. They need to continue to improve and develop. I like where they are at right now.

Marcus Cromartie was a starter for the majority of last year and will be one starting corner. Devin Smith is coming off an injury but will be the other corner. He is back for his fifth year. They have played a lot. Devin started opposite Antonio Fenelus. (Smith) played at a high level until breaking his foot. But we are fortunate to have him back and expect big things from him.

Q: Is there a better linebacking tandem in the Big Ten than Chris Borland and Mike Taylor?
A: It?s hard to speak on what other people have. But I have not personally been on a team or defense where there have been two better-actually three linebackers when we put in Ethan Armstrong at Sam linebacker-group of linebackers. They all have a chance to be outstanding. When you talk about Borland and Taylor, they both are great players who hopefully will lead us next season.

Q: Who will rush the passer?
A: (End) David Gilbert will be healthy. He?s kind of like Devin Smith. He got hurt last season and missed it. Before he got hurt, he was playing at a high level. If we can get him back at it and improve upon it, he will be a force in our opinion against the pass.

Q: Any different schemes being unveiled this season?
A: We have some new wrinkles we want to try to help improve us, but the majority of what we do is what we do. That won?t change. We will do what we do. We just have to do it better and more consistently. At the end of each season, you go back, evaluate yourself, what you did bad and why did you do them bad. Is it personnel? Coaching? Scheme? We feel for the most part what we do schematically is sound and good. It fits our personnel. We just have to do some things more consistently during the course of the season in terms of execution, technique and fundamentals. If we do that, we will have a chance to win some more games. If not, we could be up and down, which isn?t what we want.

Q: Could this be one of your better defenses at Wisconsin?
A: I don?t know. It?s too early to throw out expectations like that and make predictions. If things go our way and we stay healthy and everyone we hope is there on game day to play, we will have a chance to be a solid defense and hopefully develop into a good one.