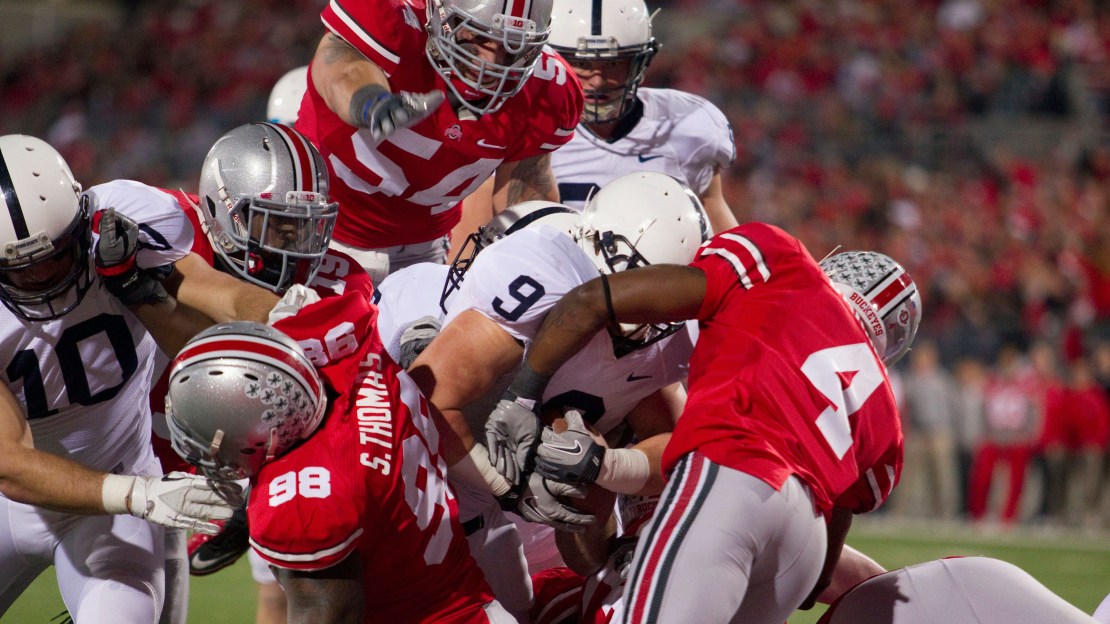 It's time to turn our attention to Ohio State in my schedule analysis series, as I take a closer look at the 2012 football schedule for the Buckeyes. My previous schedule analysis posts are still available as we?ve now covered Illinois through Ohio State. The rest come out this week. Agree or disagree with any of my assessments? Come tell me in the comments section, or find me on Twitter and Facebook. See my Ohio State analysis in this post.

Toughest non-conference game: In recent years, the Buckeyes played one marquee foe like Texas, USC or Miami (Fla.). Not so in 2012. On Sept. 15, Cal visits from the Pac-12 coming off a 7-6 season, but Jeff Tedford?s program is sliding. The Golden Bears-one of four non-conference game all at home for Ohio State–are just an aggregate 20-18 the past three seasons.

Toughest Big Ten game: The Big Ten opener is at Michigan State on Sept. 29. And it could have been a preview of the Big Ten title game, had the Buckeyes not been on probation. Still, it will be a great litmus test for both teams, which will feature top-notch defenses. This shapes up as a burgeoning rivalry.

Who they don?t play: Iowa, Minnesota, Northwestern. Hmmm. Are you thinking what I am thinking? You know, that the Buckeyes are getting no breaks? These arguably are the three weakest teams in the Legends Division.

Easiest game: UAB is the last of four non-conference games-all in Columbus. And the Blazers-coming off a 3-9 season and led by new coach Garrick McGee-don?t figure to be much more than a speed bump for the mighty Buckeyes, who will travel to East Lansing the next week. Let?s go ahead and call this a ?tune up.? Ya, that sounds about right.

Rugged stretch: The season ends with a tough 1-2 punch: a trip to Wisconsin-Ohio State?s chief rival in the Leaders Division–on Nov. 17 and a visit from ?that team up North? on Nov. 24. Interestingly, the Big Ten season opens with a bang, too, with a trip to Michigan State on Sept. 29 followed by a visit from Nebraska on Oct. 6.

Interesting factoid: In Big Ten play, the Buckeyes alternate home and road games, never playing two in a row at home or on the road.

Best chance to be upset: Ohio State is likely to be favored in every home game, including the season-ending visit from-OK, I will type it this time–Michigan on Nov. 24. The Wolverines ended a seven-game losing skein to the Buckeyes last year with a 40-34 victory in Ann Arbor. Ohio State hasn?t lost at home to Michigan since 2000.

Best chance to pull an upset: Gotta like the Buckeyes? chances to knock off Michigan State in East Lansing on Sept. 29. It will be the first Big Ten game for each school. Will the Spartan offense-particularly the passing game-be ready to face Ohio State?s rugged defense? And the Buckeyes will be the looser team because of probation. MSU took an ugly 10-7 decision in Columbus in 2011. Ohio State also may have a shot to win at Wisconsin on Nov. 17 in what should be a battle between the two best teams in the Leaders Division. The Buckeyes pulled out a wild 33-29 win over the Badgers last season, when Braxton Miller hit Devin Smith with a 40-yard touchdown toss with 20 seconds left in the game.

Must win: NCAA probation means Ohio State can?t win the Big Ten or play in a bowl. But pride is still on the line for the Buckeyes in their debut season under Urban Meyer. And the season finale vs. Michigan on Nov. 24 will have to serve as Ohio State?s de facto bowl. The Buckeyes? seven-game winning skein in the storied series ended last year. No doubt, Ohio State wants to make sure Michigan gains no more momentum under Brady Hoke as the next era of this rivalry unfolds.

Bye week: Nov. 10. This will come very late in the season-too late?–after the Buckeyes have played 10 games. But the timing is good, as the week off will allow Ohio State to catch its breath as it preps for a rugged end to the season: at Wisconsin at Nov. 17 and vs. Michigan on Nov. 24.