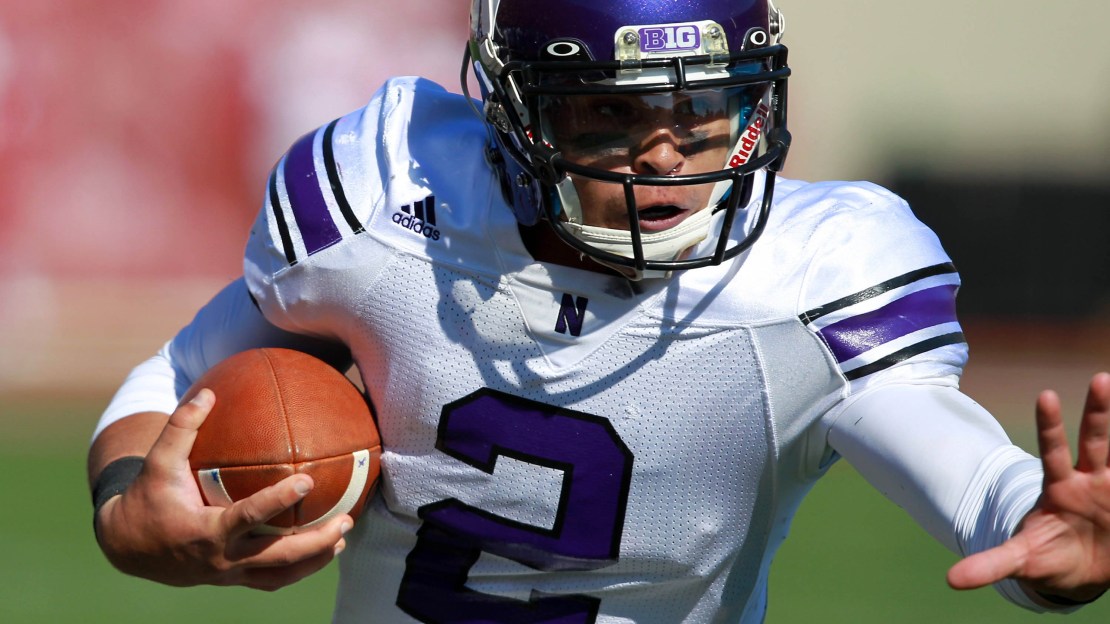 Now I turn my attention to Northwestern as I take a closer look at the 2012 football schedule for the Wildcats. They've got two challenging home games and a back-to-back set on the road that rivals any two-game stretch in the Big Ten. I circle the game on the calendar that could be the toughest and easiest for Pat Fitzgerald and his team this fall.

My previous schedule analysis posts are still available as we?ve now covered Illinois through Northwestern. The rest come out next week. Agree or disagree with any of my assessments? Come tell me in the comments section, or find me on Twitter and Facebook.

Toughest non-conference game: The season opener at Syracuse may be tricky. The Orange went just 5-7 last season, but they appear to be on the rise under Doug Marrone. Northwestern lost at Syracuse, 37-34, in 2009. Win this game, and the Wildcats will have a decent chance to go 4-0 vs. a non-conference slate that features just one team that went to a bowl in 2011 (Vanderbilt).

Toughest Big Ten game: That junket to Michigan State on Nov. 17 promises to be daunting. The Spartans-the defending Legends Division champs–may be the best team in the Big Ten. Michigan State has won four in a row and five of the last six in the series.

Who they don?t play: Ohio State, Purdue, Wisconsin. This works out well for the Wildcats, as the Badgers and Buckeyes figure to be the cream of the crop in the Leaders Division. And the Boilermakers may have their best team yet in Year Four under Danny Hope.

Easiest game: The Wildcats shouldn?t have any issues with South Dakota when it visits on Sept. 22. The Coyotes-yes, Coyotes–are a FCS team from the Great West Conference that went 6-5 last season. Beep beep.

Rugged stretch: Northwestern will be pushed to the max in November, when it plays back-to-back games at Michigan (Nov. 10) and at Michigan State (Nov. 17). Before that, the Wildcats have home games vs. Nebraska (Oct. 20) and Iowa (Oct. 27). The rugged second half of the schedule makes getting off to a fast start that much more vital for Northwestern, which has a chance-perhaps slim-to open with a 7-0 record.

Best chance to be upset: This isn?t your father?s Vanderbilt. So, the Wildcats need to buckle up when the Commodores visit Evanston for the first time since 1952 on Sept. 8 in the ?Brain Bowl.? James Franklin debuted in Nashville with a 6-7 mark that included a Liberty Bowl loss to Cincinnati. It was Vandy?s second bowl in four seasons. And Franklin is reeling in some top talent, too, for a program that is on the rise. NU beat Vanderbilt, 23-21, in 2010 in Nashville, when a controversial personal foul penalty on the Commodores allowed the Wildcats to retain possession and run out the clock in Dan Persa?s first start.

Best chance to pull an upset: An unranked Northwestern squad shocked No. 10 Nebraska last year in Lincoln, 28-25. And the Wildcats pulled off the upset with a backup quarterback (Kain Colter) playing the second half. Could Northwestern strike again when the Cornhuskers visit Evanston on Oct. 20?

Must win: To extend its school-record streak of bowls to five in a row, the Wildcats must protect their home field. And that means beating Illinois in the season finale in Evanston on Nov. 24. The Fighting Illini have won the last two meetings in this battle for the Land of Lincoln Trophy. But Northwestern won six of seven over Illinois before the tables turned in 2010-11. Quickie factoid: The Wildcats haven?t lost in Evanston to Illinois since 2002. (Remember: The last time these teams played ?at Northwestern,? the game took place at Wrigley Field.)

Bye week: Nov. 3. This comes late in the season after the Wildcats will have played nine games. But the timing is good, as it will allow Northwestern to catch its breath after playing host to Nebraska (Oct. 20) and Iowa (Oct. 27) before having to embark on back-to-back games at Michigan (Nov. 10) and at Michigan State (Nov. 17) and finishing the season at home vs. Illinois (Nov. 24).