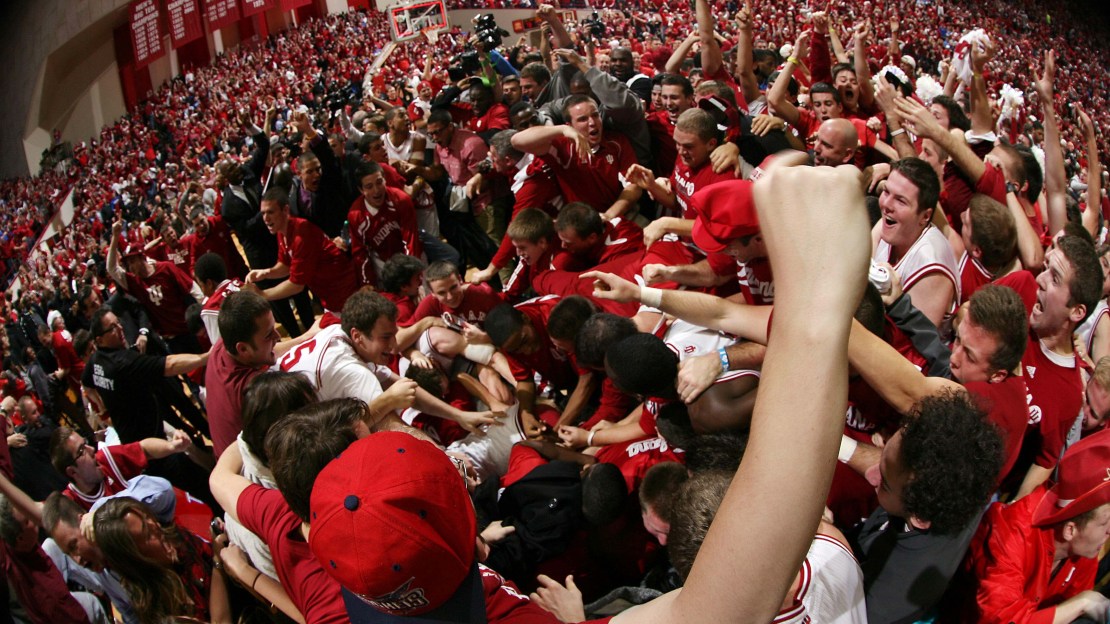 Indiana just sent out news that the school will not sign a new contract to play Kentucky in men?s basketball next season since Kentucky insists the matchup be moved to off-campus sites. According to the release: "The latest two-game, home and home contract between the schools expired following the Wildcats visit in December to Bloomington. Subsequently, Kentucky has conditioned the continuation of the series on moving the games to Louisville and/or Indianapolis." ESPN.com's Basketball Nation Blog looked at this issue in a solid post earlier this week. But this gives us a really good excuse to post the video of Christian's Watford's game-winning shot again from this past season. You're welcome, Hoosier fans.

In the release, Indiana's athletic director Fred Glass said, "While we understand that such neutral site games could be quite lucrative, we think the series should be continued as it is, home and home. Playing on campus enables our students to attend these marquee games which we believe is a great component of the overall college experience.  Playing in the historic venues that are Assembly Hall and Rupp Arena is also a tremendous experience for our student-athletes.?

As for Indiana, while the UK series is obviously appealing after this season and looking to next. But IU doesn't NEED Kentucky. Not anymore.

Some are saying with IU back, it doesn't need UK anymore. I think the opposite is true. I think they both need each other more than ever.

Crean: ?We have a strong belief that this series should be played on campus and is something that should be beneficial for both teams."

So, Kentucky has now gotten out of the UNC and Indiana series' within a span of months. As I said, definitely not good for the game.