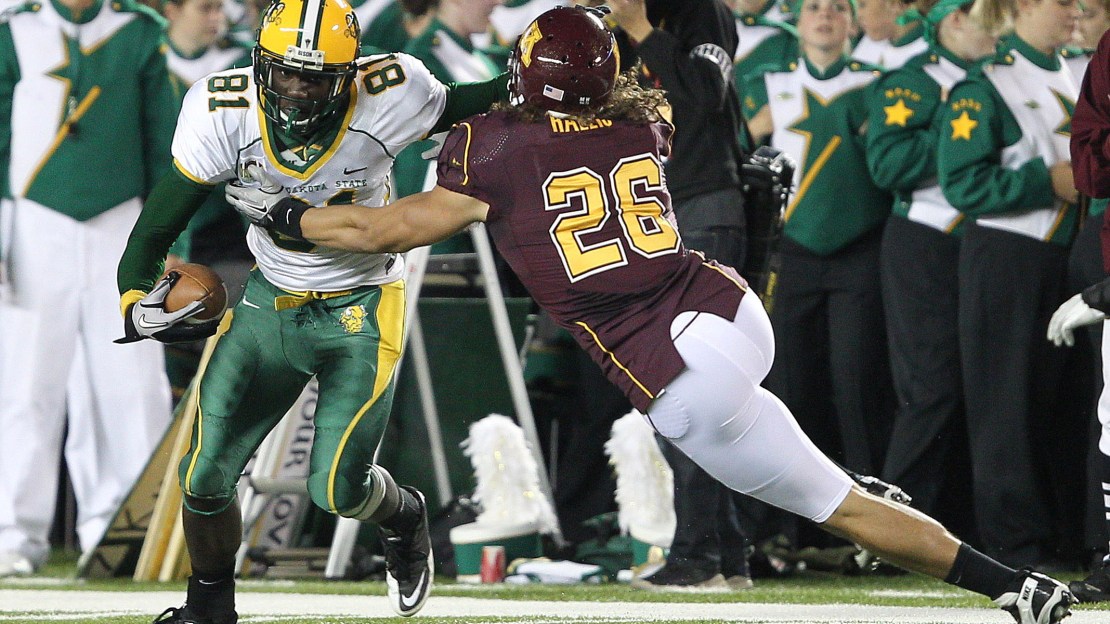 Yesterday, BTN.com senior writer Tom Dienhart released his All-Big Ten Spring Offensive Team. Today, it's time to recognize the best on defense and special teams. Which players shined the most from Lincoln, Neb., to State College, Pa.? Dienhart talked to media, coaches and college officials across Big Ten country to get their views.

With that, check out Dienhart's All-Big Ten Spring defensive and special team honorees. Have someone he forget? Add it as a comment at the bottom of this post.

DEFENSE
E Jason Ankrah, 6-4, 265, Jr., Nebraska – He appears to be primed for a breakout season. Ankrah has the skills to be equally adept vs. the pass as he is vs. the run, showing flashes of big things in the spring with a burst off the edge for a defense that needs playmakers.

E William Gholston, 6-7, 275, Jr. Michigan State – Gholston suffered a shoulder injury late in his freshman season, which hampered his ability to train and lift last offseason. But he hit the weights hard this offseason. And he spent the spring refining his technique. Now, Gholston is scarier than ever-perhaps the best end in America.

E Craig Roh, 6-5, 269, Sr., Michigan – He has moved to the five-technique, a position he is better suited to play in the Wolverines? defense given his bulk. Roh also is a good athlete who has made 20 career starts at outside linebacker in addition to 18 starts at end. This spring, he showed leadership, as well, looking primed for a big send off.

T Johnathan Hankins, 6-4, 317, Jr., Ohio State – The big fella keeps getting better as he continues to refine his body. This spring, Hankins showed an ability to not just muck things up in the middle-but also to make some plays on the interior. He could be a wrecking ball to offenses in the fall.

LB Jake Ryan, 6-3, 230, So., Michigan – He delivered last season as a redshirt freshman, making plays from sideline to sideline and showing a nose for the ball. This spring, he showed flashes that he?s ready to take the next step, as he continues to better understand coordinator Greg Mattison?s defense.

LB David Nwabuisi, 6-1, 240, Sr. Northwestern – With fellow returning starter Damien Proby missing all of spring ball with an injury, Nwabuisi was a consistent leader among the linebacker corps and defense that is looking to shake off some missteps last season. He had 3.5 tackles in spring exhibition.

LB Mike Rallis, 6-2, 245, Sr., Minnesota – He bulked up to move from the outside to the middle in 2012. Rallis was having a very good spring before tweaking a hamstring late in drills and missing the spring game. Still, he?ll be healthy for fall camp, and coaches are excited about his speed and athleticism to get from sideline to sideline.

CB Stephon Morris, 5-8, 188, Sr., Penn State – The diminutive and speedy Morris saw lots of action as a true freshman. His career tapered off but now looks poised for a big finish in a Nittany Lion secondary that?s replacing four starters. The soft-zone of the old regime is gone, replaced by more man coverage that Morris excels at.

CB Johnny Adams, 5-11, 175, Sr., Michigan State – Not only might he be the top corner in the Big Ten, but Adams also may see duty on offense catching passes. He showed big-play ability as wideout in the spring game for a Spartan attack that needs playmakers at receiver.

CB Ricardo Allen, Purdue – He had a deflection on the last play of the spring that helped the defense win the steak and beans scrimmage and also looked good in the end-of-the-spring scrimmage. This could be a strong Purdue secondary, as Taylor Richards came on at safety, too, and by the end of the spring was starting at safety.

CB Nick VanHoose, 6-0, 185, RFr., Northwestern – The Wildcats graduated their two starting cornerbacks from a year ago but watched this spring as VanHoose made big play after big play in spring practice while going against a talented group of Wildcat receivers

SPECIALISTS
K Kyle French, 6-1, 193, So., Wisconsin – He got his feet wet last year, kicking in the first four games when Philip Welch was hurt. French looks primed to take over and excel following a strong spring that was capped by him nailing field goals from 27, 32, 37, 42 and 52 yards.