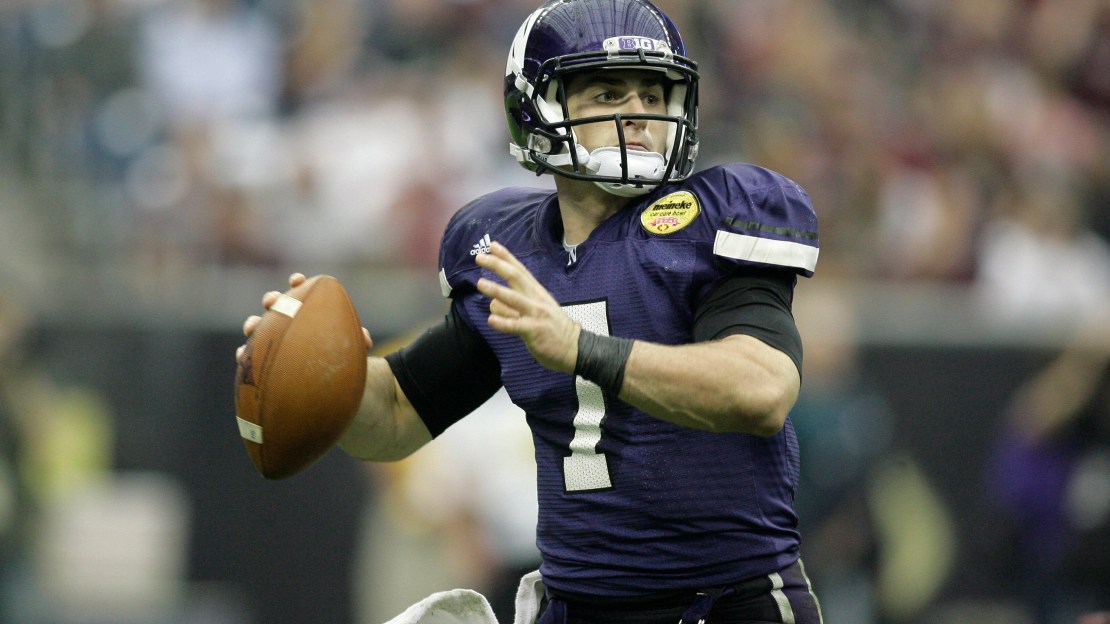 The 2012 NFL Draft came and went this past weekend, with a grand total of 41 Big Ten products being selected during the three-day event. Iowa's Riley Reiff was the first player off the board, at No. 23, while Illinois, believe it or not, accounted for four of the Big Ten's first six draft picks. But what about those players who went undrafted? They began signing contracts immediately following the draft. Here's a complete list of Big Ten free-agent signees. In this post, BTN.com senior writer Tom Dienhart compiles his All-Big Ten Undrafted Team.

Picked too high: I don?t recall anyone mentioning Illinois receiver A.J. Jenkins as a first-round pick. But he was taken No. 30 overall by the 49ers. No doubt, Jenkins turned heads with his big senior season, grabbing 90 passes for 1,276 yards and eight touchdowns. While on the subject of Illinois, safety Tavon Wilson also seemed to go awfully high, being tabbed in the second round-No. 48 overall-by the Patriots. I don?t recall any draft projections having Wilson going in the second round.

Picked too low: I was surprised Michigan State quarterback Kirk Cousins lasted until the No. 102 pick in the fourth round, where he was taken by the Redskins-which earlier in the draft had taken quarterback Robert Griffin III with the No. 2 overall selection. As the draft approached, Cousins? stock appeared to be rising, with some thinking he could be a second-round pick.

Surprised he was picked: It looked like Nebraska CB Alfonzo Dennard may not get selected after his arrest for allegedly punching a police officer just days before the draft. But the Patriots tabbed him in the seventh round. I have to think being in the rigid environment in New England could help Dennard stay on the straight and narrow path, giving the Pats great value with a late pick.

Surprised he wasn?t picked: I was a bit stunned that Ohio State center Michael Brewster wasn?t tabbed. He long had been considered by many to be one of the top centers in the Big Ten. But, he had to settle for a free-agent deal with the Jacksonville Jaguars while fellow Big Ten centers like Michigan?s David Molk (Chargers/7th round) and Wisconsin?s Peter Konz (Falcons/2nd round) got drafted.

Instant impact: I expect the Texans to find a way to get Illinois defensive end Whitney Mercilus on the field as soon as possible to use his ample skills as a pass rusher in concert with former Wisconsin end J.J. Watt, Houston?s first-round selection in 2011. Mercilus is a natural pass rusher who will be able to apply pressure the day his jet lands in Houston.