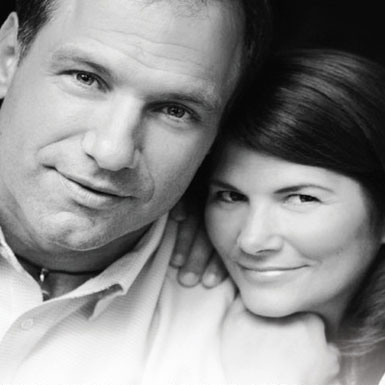 What a way to end your work week, reading Big Ten football links while hunched over your computer eating a meatball sub and wiping the marinara sauce from the corner of your mouth with your sleeve. Mom would be so proud. Lucky you.

Spielman's story: Bruce Feldman of CBSSports.com conducted a Q&A with former Buckeye Chris Spielman, talking about his book about his late wife Stefanie, who died after an 11-year battle with cancer.  The book's is entitled "That's Why I'm Here: The Chris and Stefanie Spielman Story." Chris Spielman opens up and shows a vulnerable side, particularly in response to a question about how he reacted to getting news in 2001 that his wife?s cancer had returned.

Feldman: You wrote about the time in 2001, after hearing more devastating news, that the cancer had returned and at that moment, you moved into the back seat of the car, curled up sobbing and screamed, "God, no more deals. I'm done." How did your perspective on life change then?

Spielman: That I can't control everything. That I can't out-prepare, out-work, out-lift, out-run. And that's hard for a competitive guy, whose basically thought that success was based solely on effort and toughness and strength and endurance. It's not. There are some things that you cannot control. So you have to humble yourself and realize that there is meaning and purpose that you are not going to get to dictate. Now, it's your job to recognize to seize on that opportunity, which I essential I did–and we did, but it is humbling to learn that.

Simmer down: Criticism of Penn State?s non-conference schedule? It?s unfair. It seems the addition of UMass to the 2014 schedule has some Nittany Lions fans upset, causing them to wail about "Penn State's long-standing tradition of scheduling non-conference nobodies."

I think that criticism is unfair. Have some Penn State fans already forgotten about the recent series with Alabama? If you compare the Nittany Lions? non-league schedule over the years with most other major schools, I think you?ll find it to compare favorably.

Social media: How has Wisconsin defensive tackle Jordan Kohout tried to educate the masses on his Muslim faith? By using Twitter.

"I've been practicing the Muslim faith for about two years now," Kohout told Jeff Potrykus of the Milwaukee Journal Sentinel. "I think it is just good to get positive stuff out there. I re-tweet a lot of stuff.

"I'll see a positive message and I think it is good for people to have a nice little reminder if they want to (escape) from all the gossip you see there."

If you want to peek into Kohout?s world, here is his Twitter handle: @jkohout91.

Sounding off: What does former Purdue quarterbacking great Bob Griese think of college football being on the brink of a four-team playoff? He doesn?t like it, according to this Lafayette Journal-Courier story.

Guess I?m not surprised that an old-school guy who is on the Orange Bowl committee is against anything that could upset an archaic and bloated bowl system that means absolutely nothing and leads nowhere. The bowls are just exhibitions that in many instances include disinterested teams in money losing ventures in half-full stadiums.

Hawkeye upgrades: Iowa continues to revamp its facilities, with word that the school has received the go-ahead for phase 2 of a new $36.6 million football facility, according to this story by Emily Schettler at HawkCentral.com.

The project, which will be paid for with monies raised by the Iowa athletic department, is the last major piece of a larger plan to update several athletic facilities-including Kinnick Stadium and ongoing construction of an indoor practice facility.

It?s all a part of keeping up with the Joneses for a Hawkeye program that has to fight tooth-and-nail to remain a borderline elite program. And Iowa is doing a great job at it.

Richter's story: Andy Baggot of the Wisconsin State Journal has a nice profile of former Wisconsin A.D. Pat Richter, a legendary figure around Madison and the living embodiment of Bucky Badger.

I don?t have an issue with either choice of Carr or Donnan. But Colletto proved to be a poor hirer at Purdue whom I highly doubt would have taken Wisconsin to the heights it enjoyed under Alvarez. Consider yourself fortunate, Badger fans!

My take: In case you needed any more evidence that the Zooker could recruit. Now, could he coach? Never mind. Just enjoy.

FWIW, the best linebacker I saw play against Ohio State this year was LaVonte David of Nebraska. He' a playuh.

My take: If the great Tim May feels this way, then it?s good enough for me. Look for David?s name to be called in about, oh, 15 seconds tonight.

My take: This is a great move. I?m all for giving people an opportunity to succeed who otherwise would not have the chance. And that?s what this rule is about, giving scholarships to kids to come to school, learn, get acclimated and eligible while preparing to play. How is there anything wrong with any of that? I just wonder what took so long for someone to hatch this plan.

Big Ten had four players picked in the first round. But then, so did Alabama.

My take: Honestly, is this a surprise to anyone?