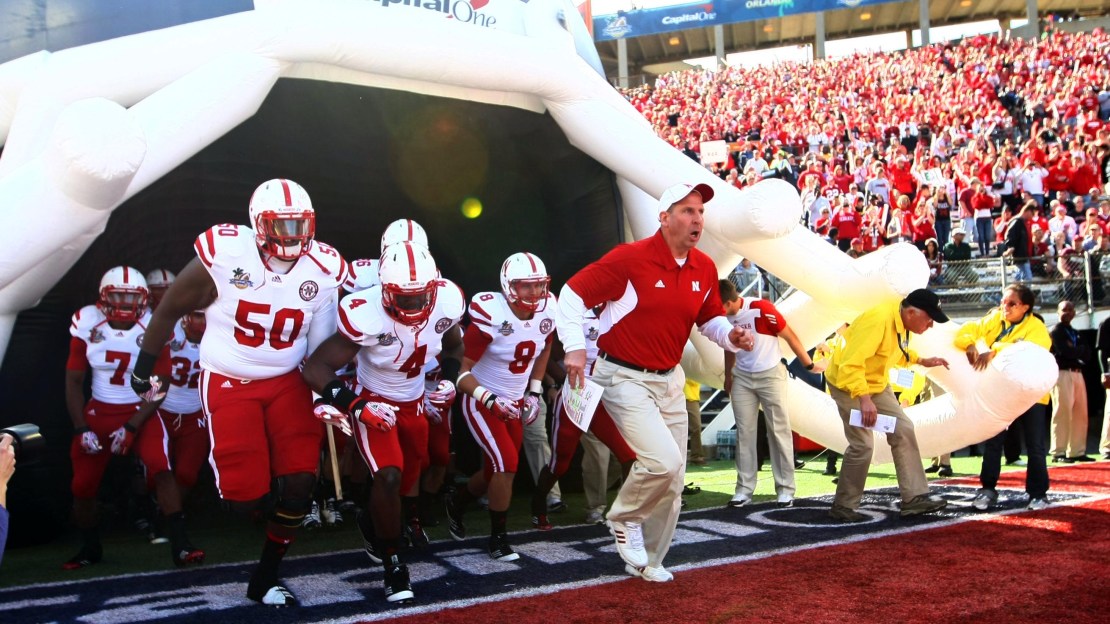 A look at the #B1G football headlines on a wonderful Wednesday in the heart of America, including a Nebraska coach getting a raise, a Wisconsin linebacker getting a haircut, and a quarterback battle at Penn State getting ready to heat up.

Husker raise: Bo Pelini?s contract has been bumped back to five years, and his salary has been increased from $2.775 million to $2.875 million-per terms of the revised agreement signed a year ago–reports Rich Kaipust of the Omaha World-Herald. Pelini?s deal runs through 2016.

This, of course, will help Pelini in recruiting and offer this building program the stability it needs as it moves toward maturation in its fifth year under Pelini. Looks like Bo is Lincoln for a while. Glad to see it.

?Some of my coaches tease me about, ?You cut your hair, now you?re playing better,? ? he said.

At one point, staffers considered moving Fenton to fullback. But he has rededicated himself in honing his physique and looks primed to play a big role for the Wisconsin defense this season.

?I think we?re all seeing a change in A.J.,? said linebackers coach Andy Buh. ?He?s walking with a different beat right now. He sees an opportunity.

?We?ve been seeing it from the first day on, he?s just been silently competing and executing out there, without saying a word.?

Fenton can show his stuff on Saturday in Wisconsin?s spring game.

It?s been an interesting journey for Jones. When he enrolled in 2010, Jones was told he?d redshirt. He didn?t like that.
?First fall here, as soon as they told me I was redshirting, I was like, ?Forget it,? ? Jones said. ?I came here to play football, so they took football away from me, I?m not gonna do school.?

Jones? grades slipped, and he missed being academically eligible by one credit in 2011. He was told he could transfer to a junior college or stick it out at Penn State and get his grades in order. Jones remained in State College, sat out last season, got his academics in shape and impressed in spring drills in his battle with Matt McGloin and Rob Bolden for the starting job.

?Paul Jones has gotten better every single day,? Penn State coach Bill O?Brien said. ?Paul Jones and I have a unique relationship because we both have unique senses of humor. He's been a fun guy to coach, and I'll keep between he and I what he needs to do to win the starting job.?

Opening up: Kirk Ferentz? More accessible? It?s true, says Pat Harty of the Iowa City Press-Citizen. And that?s not all, as change envelops the Iowa program.

This spring, assistant coaches were available and Ferentz met with the media more than he ever has.

?My ears do work; believe it or not they do work,? Ferentz said of his reputation for being stubborn and closed-minded about change. ?I am hard-headed, but every now and then ideas penetrate; and I?m not saying we?ll ever meet in the middle, but at least we?ll try to hear things a little bit.?

Ferentz said that he opened things up more this spring partly because of all the coaching changes-highlighted by new coordinators on both sides of the ball–but also because he knew that?s what the media wanted him to do.

Harty also points out: Another reason for the accessibility might be the fact that Iowa has combined to finish 15-11 over the past two seasons and many think the 2012 season will be more of the same. Being average is one thing. Being average and inaccessible is a recipe for disinterest.

More from Iowa: The Hawkeyes are seeing an indoor practice facility being built, tweaking recruiting territories and accelerating their recruiting timetable while being in the midst of addressing funding for a Football Operations Building-all in addition to the overhauled staff and more accessibility. Plus, there?s a possibility of the Hawkeyes wearing those dynamic Nike Pro Combat uniforms.

?As you know, it?s an arms race out there in recruiting. That?s one factor,? Ferentz told Marc Morehouse of the Cedar Rapids Gazette about what has sparked some of the change. ?. . . For the long-term success of our [athletic] programs Carver-Hawkeye had to be addressed. Certainly, our facilities needed to be addressed. These have been adequate and they?ve worked and we?ve won games with these facilities, but with the pace of recruiting, like it or not, it?s important to recruits.

And that, ladies and gentlemen, says it all.

New hands: It?s been mentioned time and again this spring: Michigan State needs help at receiver. Gone are B.J. Cunningham, Keith Nichol and Keshawn Martin. Who will step up? One guy who could is redshirt freshman Andre Sims, Jr., writes George Sipple of the Detroit Free Press.

?There's a lot getting thrown at me," Sims said. "Coach is moving me around in different positions. I'm just trying to focus on everything I need to know."

"He?s compact,? said Spartan offensive coordinator Dan Roushar. ?He seems to be very durable, and he's been able to advance the football.

"He's been a good blocker. That's something we've noticed. He sticks his nose in there. He's a competitor."
Spartan quarterback Andrew Maxwell has to like that for a team with a great chance to repeat as Legends Division champs.

My take: This is nothing to be alarmed about. Maxwell?s long-term prognosis is fine. Staffers just want his to avoid risking any further injury. Look on the bright side, Spartan fans: This will give redshirt freshman Connor Cook a chance to hasten his development as the backup signal caller.

Will Gholston said if he had the first pick for MSU's spring game draft he'd pick Le'Veon Bell.

My take: That would be a good pick. Of course, Gholston couldn?t select himself. But if I had first pick, I?d take Gholston, a freaky talent who just may be the top defensive end in the nation.