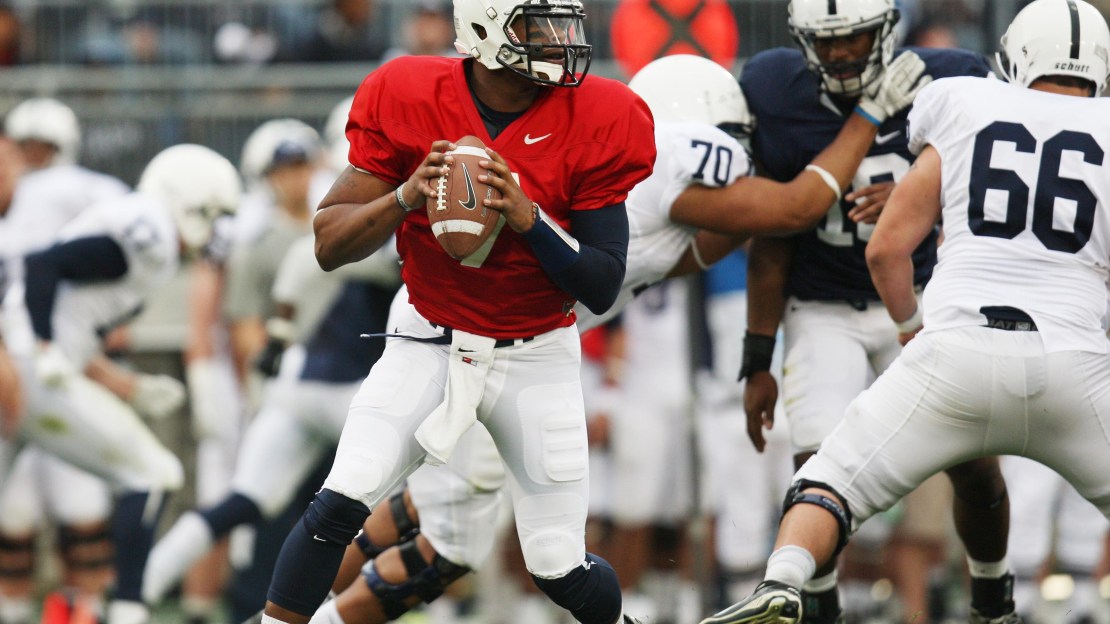 The Penn State Blue-White game will be archived on BTN2Go. It is also available on the Big Ten Digital Network as part of a separate subscription. The Penn State game will re-air on BTN TV on Saturday at 8 p.m. And what is Chicago Bears linebacker Brian Urlacher doing at the Penn State game? Watch the interview inside this post and find out.

In a battle of offense versus defense, the blue-clad defensive squad posted a 77-65 win over offensive unit wearing the white uniforms in the Beaver Stadium debut of head coach Bill O'Brien in front of an estimated 60,000 fans at the annual Blue-White Game presented by AAA. The special scoring system awarded the offense six points for a touchdown, one point for a PAT, three points for a field goal and two points each for a big play (15+ yards) and two consecutive first downs. The defense earned points by scoring a defensive touchdown (7 pts.), a turnover (6 pts.), sack (4 pts.), tackle for a loss (2 pts.) and forcing a three-and-out (1 pt.).

Get more at GoPSUsports.com.