Dienhart: "The Game" in the spring, too? 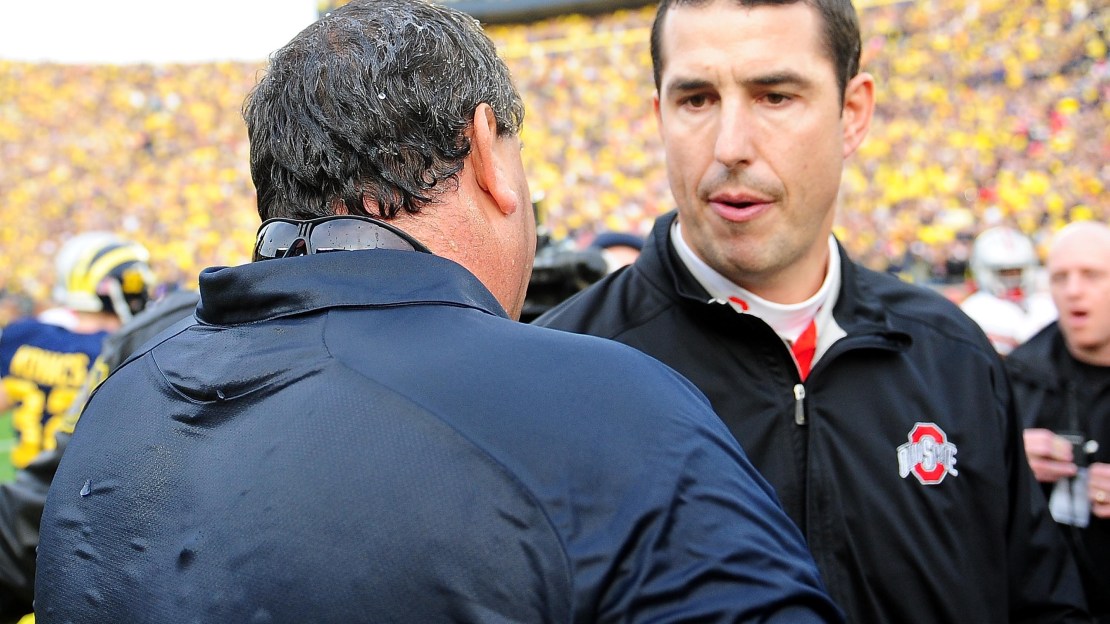 Clemson?s Dabo Swinney is a genius–at least when it comes to spicing up spring football games. Let?s face it: These spring ?games? often are little more than glorified scrimmages to appease and tease fans. The interest? Minimal-aside from the true cognoscenti. Many coaches don?t like them, preferring to run a scrimmage or just conduct another practice for fear of injury. Lack of depth is another reason many coaches don?t like intrasquad scrimmages, as it often makes it difficult to split teams into even squads.

So, how can we spice these spring games up?

Well, Swinney proposes to have the NCAA allow spring scrimmages against other teams, which may assuage some of those fears and enhance the development teams and promote the sport.

So, instead of, say, a mundane ?Scarlet vs. Gray? game at Ohio State, where one team may be much better than the other, fans could watch Michigan scrimmage vs. Ohio State.

Think more people would be interested in that? You betcha.

Such scrimmages would generate lots of talk and interest across the region-if not the nation–bringing college football into the spotlight in what typically is a time of year dominated by the NFL draft, baseball and NHL/NBA playoffs.

High-profile scrimmages also could fatten coffers. Schools that don?t already charge admission may now be able to-and those that already charge may be able to charge more. And the big event would be a great time to market the team for the next season, selling tickets and merchandise.

And perhaps these attractive scrimmages could bring some type of significant TV revenue. A hard-core Michigan fan would watch a Maize vs. Blue scrimmage, but not a casual fan. But spice it up by having Michigan scrimmage Ohio State? And every alum suddenly would be interested, making this much-watch TV.

These game-like scrimmages against a different foe would provide a great testing ground for younger players, who are the ones who benefit most from spring drills. It also would be beneficial for new coaches and staffs to have a game simulation of sorts to smooth nuances and communication issues.

Are there potential issues? Not many. Injuries could be a problem, but players get hurt in practices all the time. One way to make games a bit safer would be to not permit any blitzing by defenses. And live play on special teams also could be eliminated. But other than that, have it be all out.

Swinney proposes having teams from different conferences scrimmage. Why? In some ways, that takes away the appeal. Fans don?t want to see Michigan play, say, a MAC team. Fans want to see Michigan battle a familiar foe. Besides, most Big Ten schools aren?t within Swinney?s proposed ?reasonable driving distance? from other major conference teams, unlike ACC and SEC schools that have lots of geographic cross over.

Here is how I would pair the Big Ten schools for their annual spring scrimmages:

While we are at it, have the marching band take part, invite tailgaters, suit up the mascot and trot out the cheerleaders and bill it as a ?taste of October in April.? We can all spring forward to the fall, the greatest time of year.