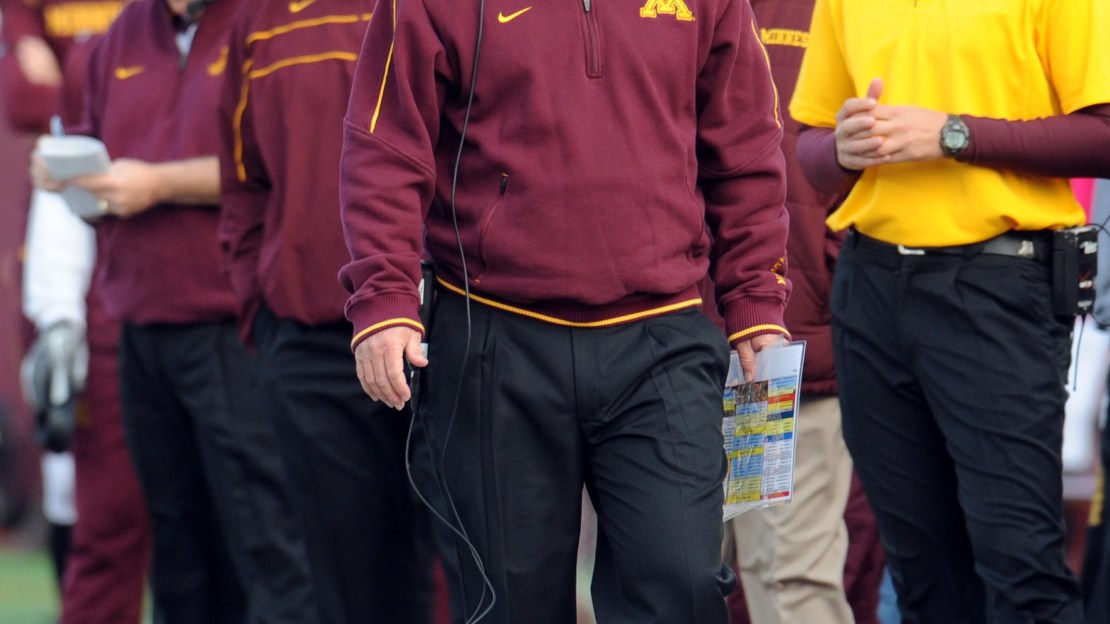 Penn State?s defense has some big holes to fill on the defensive line but Iowa's defensive line is young and inexperienced, too. Could Minnesota true freshman quarterback Philip Nelson unseat MarQueis Gray? And how will the production of departed Nick Toon be replaced at Wisconsin? Here's my daily spin around the football headlines in the Big Ten.

By the way, I do this each weekday.

Line moves: Penn State?s defense has some big holes to fill on the line with two ends and star tackle Devon Still gone and in a secondary that lost all of its starters. At least the linebacking corps returns intact. And it needs to provide leadership and stability to this defense in transition.

Michael Mauti, Gerald Hodges and Glenn Carson all are back for ?Linebacker U.? And Khari Fortt and Mike Hull will be key components at linebacker for new coordinator Ted Roof?s defense that may have to carry a heavy load as the offense develops.

?He started the first two scrimmages off with touchdowns," Gray said after a recent practice to Marcus Fuller of the St. Paul Pioneer Press. "From my standpoint, I'm on the sideline going, 'Jeez.' He's come ready to work. Every day we've got to come ready to work, and he's been pushing us a great deal.?

Nelson?s father says they were told Philip either will start in 2012 or redshirt.

?But a lot of that has to do with Max and his progression," Gophers coach Jerry Kill said. "(Nelson's) definitely got some special talent. If you come to practice and you watch, people will say, 'Hey, that kid's pretty good.' "

Gopher transition: On the subject of Minnesota quarterbacks, the 6-5, 290-pound Moses Alipate used to be one. Really. Now, he?s a tight end for the Golden Gophers.

?What we do at quarterback, mobility-wise, it's tough for him," Gophers coach Jerry Kill told Phil Miller of the Minneapolis Star Tribune. "But I want to give him an opportunity to get on the field."

Alipate is the Gophers? biggest tight end in some time. In fact, Kill would like him to lose 25-30 pounds, but already Alipate has impressed with his athletic ability. He played baseball and basketball long before he took up football, and "he's caught the ball well," Kill said. "He's learning the position. It's only fair for us to evaluate him a lot more [this fall], because right now, his wheels are spinning."

Learning curve: With spring drills over at Nebraska, Brian Christopherson of the Lincoln Journal Star looks back at the offense. What did he learn about each position?

Among other things, the Huskers have one of their deepest corps of receivers in some time. Is this the year Jamal Turner breaks out? On the offensive line, Cole Pensick looks like the center, while Andrew Rodriguez and Tyler Moore have stepped up at tackle and Seung Hoon Choi and Spencer Long are settling in at guard for what should be a strong unit.

Not there yet: The Iowa defensive line? It carries the burden of proof, as the unit is riddled with youth and inexperience.

?We?re not ready to go at all, but overall, I?m really kind of pleased with the way they?re coming along,? Iowa coach Kirk Ferentz told Marc Morehouse of the Cedar Rapids Gazette. ?. . . We have the makings. We won?t be ready in August, we?re going to need every day of practice. I think when it?s all said and done, we?ll be OK.?

The key player this spring was Steve Bigach.

?He?s a senior who started six games last season, bouncing between end and tackle. He?s being counted on for leadership and will start somewhere. He played end in the spring scrimmage.

?We expected him to do well,? Ferentz said. ?He?s doing a good job.?

The unit will receive a big boost when end Dom Alvis and tackle Carl Davis return from knee injuries. Still, this is a unit that holds the key to success for the Hawkeye defense.

Catching up: The Wisconsin receiving corps is one of the most scrutinized units in Madison this spring. How will the production of departed Nick Toon be replaced? The unit has been even thinner this spring with Jared Abbrederis out recovering from a broken foot. And, amazingly it?s a broken foot he essentially played with for 10 games last season after incurring the injury in Week Four vs. South Dakota.

"I wore some (extra padding) in my shoe all season and then after the season we kind of looked at it," Abbrederis told Jeff Potrykus of the Milwaukee Journal Sentinel. "We found it was a little bit messed up."

Players like Jeff Duckworth need to take the next step in their development to make the job of the new Badger quarterback easier.

"Connor needs the work," Dantonio said to Mark Snyder of the Detroit Free Press, adding Cook likely will play for both teams in the spring game.

Dantonio to ESPN's Brian Bennett: "We've beat Michigan the last four years. So where's the threat?" That's going to get some play.

My take: Mark Dantonio apparently said this in reference to the early recruiting success Michigan has had. Why even make a comment like that? Just say you are focusing on what your program is doing and move on. The quip has caused some to recall Dantonio uttering a few years ago about Michigan boasting: Pride comes before the fall.

My take: That?s true. Giger also points out that New England has had just one 1,000-yard rusher in the past seven seasons. Running back Silas Redd is a weapon that Bill O?Brien?s offense must lean on heavily as the quarterbacks and passing came develop.

My take: Purdue?s spring football awards include giving best defensive newcomer honors to linebacker Sean Robinson. Why is that kinda strange? The guy was a quarterback last season.