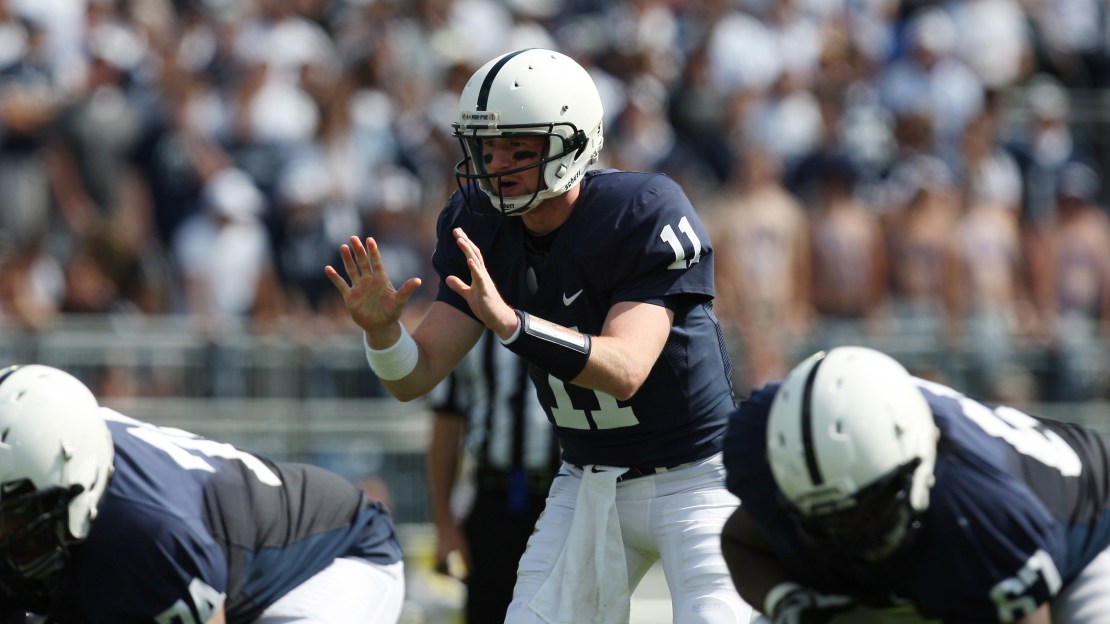 Seven Big Ten spring games down, five more to go. We'll see three teams in action this week, as Minnesota, Ohio State and Penn State take to the field Saturday for the final time this spring. BTN.com senior writer Tom Dienhart is all over Big Ten spring football. Read Dienhart's daily links for Tuesday in this post and watch our highlights from Iowa's spring festivities this past Saturday right now.

CASHING IN: It?s good to be Michigan offensive coordinator Al Borges! The big fella and resident Ann Arbor genius has gotten a hefty raise for his ability to scheme and call plays.

And it?s deserved. Borges' first offense averaged 33.3 points, which was up from 32.8 in 2010 despite transitioning to a new scheme and terminology. Borges has been one of the best in the business for years, running offenses at places like Auburn, UCLA, Indiana and Oregon, among other stops. It?s just too bad he?s never gotten the chance to be a head coach.

TRANSITIONING ON OFFENSE: It?s the $64,000 question in the Keystone State: Can the New England Patriots? offense work at Penn State? The big issue to making new coach Bill O?Brien?s attack go is a triggerman. He just happened to have the best in the business in New England with Tom Brady, who flawlessly executed the Pats? pass-heavy attack.

Stefanie Loh of the Harrisburg Patriot-News says the New England offense is a complicated pro-style attack that emphasizes big pass plays, multiple formations, moving skill players, and quarterback reads. But can it work with a mediocre quarterback at the college level?

I guess I have my doubts. Again, schemes don?t win games. Good players when games. And I?m just not sure that the Nittany Lions have the offensive players to make O?Brien?s attack go at this point.

NEXT YEAR IS HERE: Indianapolis Star columnist Bob Kravitz knows he isn?t going to live forever. That?s why he pleads for Indiana football to become relevant in his lifetime.

For now, Kravitz says he doesn?t yet have faith in Kevin Wilson. But I say: Give it time, Bob.

I know, the 1-11 debut for Wilson was painful to watch. But he had lots of cleaning up to do. Now that the roster has been purged of those unwilling to buy-in, Wilson is in the process of building things up. And, yes, it will take time. Will the Hoosiers get to their first bowl since 2007? Probably not. But If Indiana can notch three or four wins, that will be considered good progress in my book.

?There's certainly less negative frustrations than there were last year,? Wilson told Kravitz. ?We're clicking more because we've got people here who want to be here. So we're growing as coaches, as players and as a program."

The molding process continues during spring drills for Wisconsin, writes Jeff Potrykus of the Milwaukee Journal-Sentinel. Potrykus takes the Badgers? temperature as spring drills hit the home stretch. Among his findings for a team dealing with myriad injuries:

The Badgers look good at running back with Montee Ball and a wealth of depth; the left side of the offensive line looks good with guard Ryan Groy and tackle Ricky Wagner. And center Travis Frederick looks like a future star. The right side?

Check out the rest of Potrykus? evaluations here. Bottom line: Wisconsin will be good again. In fact, if this team doesn?t repeat as Leaders Division champs, it will be a surprise.

STAYING CLOSE TO HOME: When it comes to home-grown talent, Iowa may be a national leader by potentially starting an offensive line comprised of all Iowa-bred products.

?It?s pretty cool if you think about it,? sophomore tackle Brett Van Sloten told Ryan Suchomel of the Iowa City Press-Citizen. ?It?s pretty neat being an Iowa guy and having a lot of Iowans on the team.?

?We just try to get the best guys out there,? Iowa coach Kirk Ferentz said. ?There have always been good players in our state and this is no exception.?

This is a neat situation, and I hope these guys stick together. Nothing bonds like state ties. And you know this quartet will have an unmatched will to represent its school and state with pride.

Tim Beckman?s offense didn?t show much of passing game in the spring game last Saturday. That may have been by design. But come the fall, the Illini likely will have to travel via the air often, as they appear ill-equipped to run with authority because of a lack of bulk up front.

LOOKING FOR A PASSING GAME: Incumbent quarterback Nathan Scheelhaase has shown flashes, says Loren Tate of the Champaign News-Gazette. But he tossed just two scoring strikes during a six-game losing skein last season and was pulled in a horrid loss at Minnesota that proved to be the final straw of the Ron Zook era. Want more? Three times last year, Illinois failed to eclipse the 100-yard passing mark. That?s difficult to do.

Bottom line: Scheelhaase-or Reilly O?Toole or Miles Osei-needs to pump air into a passing game that also is looking for some receivers with star A.J. Jenkins gone.

PSU's offensive line should benefit the most from the new strength program. http://t.co/7Fw5kxCu

My take: Don?t underestimate the value of new strength coach Craig Fitzgerald at Penn State. He has abandoned the machines and focused the players on free weights. The early returns look positive for a line that has been-to put it kindly-underwhelming in recent years. Think about it: How many good offensive linemen has Penn State produced in recent years? Exactly.

Indiana DB Kenny Mullen has no doubt the defense will be better, team will better. Will that be enough? My story at http://t.co/t5GKS4CA

My take: I like Mullen?s optimistic outlook, but myriad issues still inflict a Hoosier program that remains the ultimate work-in-progress in Kevin Wilson?s second season in Bloomington. The offense? It figures to be OK. It?s Mullen?s defense that ultimately will determine how successful Indiana is under Wilson?s stewardship.